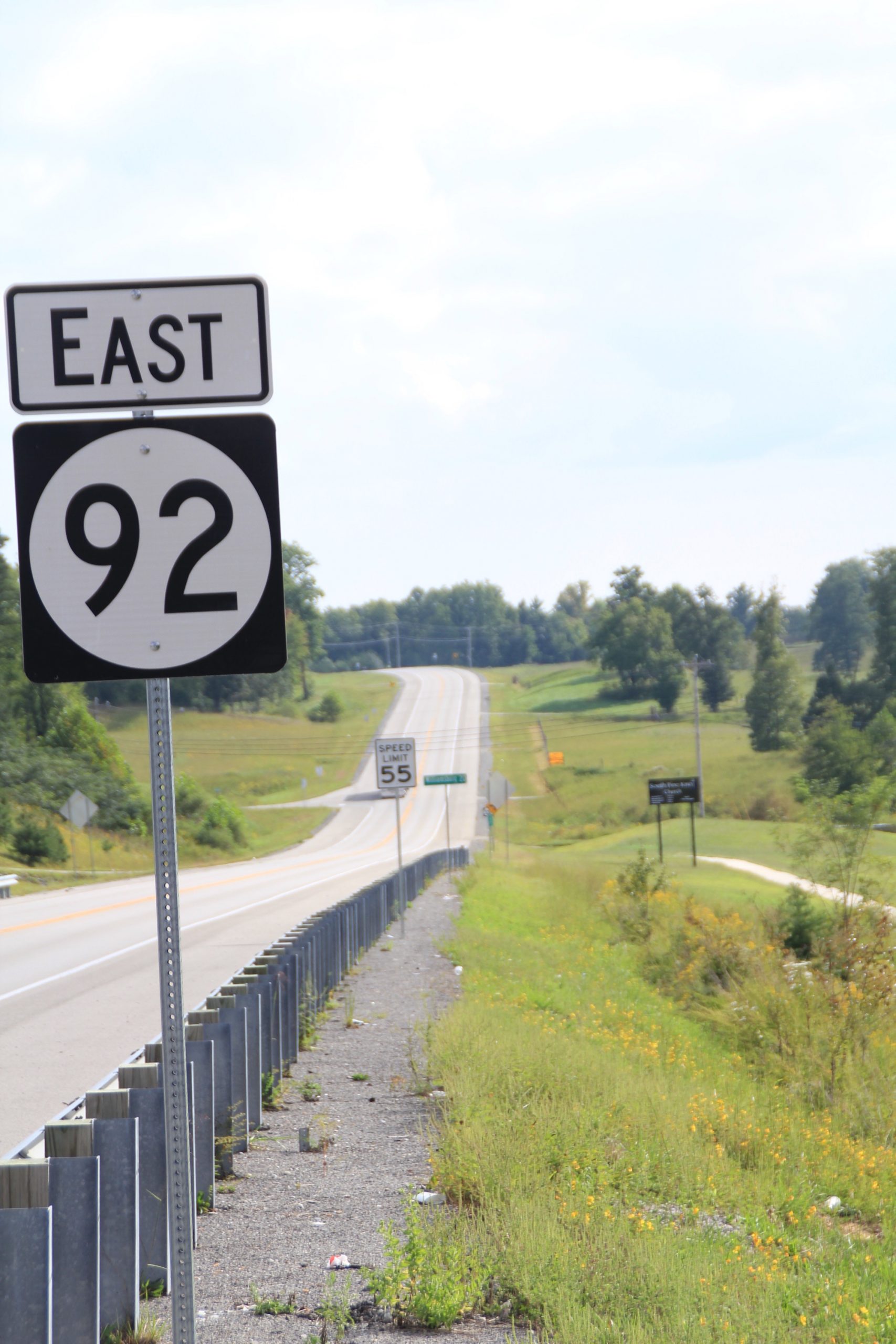 The long-awaited completion of Kentucky 92 is one step closer after an announcement that work could proceed as soon as this month.

According to Amber Hale, Public Information Officer for the Kentucky Transportation Cabinet District 8, Hinkle Contracting was awarded the contract for the project on August 24. The contractor won the $39 million bid to finish the highway project – which will finally connect McCreary and Whitley counties.
With right-of-way and utility work completed along the 8-mile stretch of the planned roadway, the Transportation Cabinet was finally able to solicit bids to finish the road.
Hale said the Cabinet should know an expected start date of the project within the next few weeks. Typically, she said, once a contractor has been named it takes a short while for the work order to be prepared and issued.
Work could start as soon as this month, but depending on weather and other elements, actual construction may not begin until next year.
According to the State Transportation Cabinet’s enacted road plan the project should be completed before June 2020.
Funding for the completion of the KY 92 road project was included in the two-year road plan passed by both the Senate and House of Representatives this year and approved by the Governor.
According to the plan construction for the completion of KY-92 is scheduled for 2019 and 2020. The project will be funded through the federal state transportation program.
The plan calls for the improvement of KY-92 west of KY-592 to the McCreary/Whitley county line. Also included is construction on the Whitley County side, from the county line to Old Jellico Creek Road, which should complete the improved corridor between the two counties and provide easier access to I-75 for local residents and industry.
After being developed for years, the ambitious project officially began in 2005, with the first phase completed in 2009 in Whitley County. A portion of the new road in McCreary County from the intersection of U.S. 27 eastward was opened in 2012.
Four McCreary County bridges in desperate need of work are also included in the road plan.
The bridge over Rock Creek on the Old Fidelity-Bell Farm Road is slated to have its design phase in 2019 and construction in 2020 with a total cost of about $650,000.
The Indian Creek Bridge on KY-700 is also slated for design next year and construction the following year with a total cost of about $1.7 million.
Two bridges over Marsh Creek, one on KY-1044 and one on KY-478, are also scheduled to be repaired over the two-year plan at a combined cost of approximately $1.3 million.
All of the bridge projects are to be funded through the federal bridge replacement fund.
The four bridges were listed as structurally deficient in a recent report compiled by a national transportation research group and released by the Kentucky Highway District 8 office earlier this year.