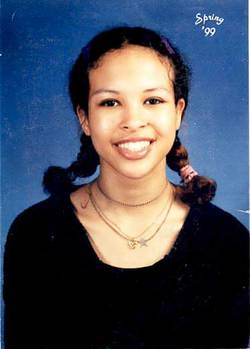 20 years ago this week a 15-year old girl went missing, and her family has never been the same.
Crystal Marler’s life was cut short when she abruptly disappeared on October 8, 1998. She has been gone now, longer than she had been alive, but her family still holds hope that the person, or persons who took her from them will face justice, and perhaps bring a little piece of closure to the deeply troubling ordeal.
Lorella Wood, spokesperson for the family and Crystal’s indirect grandmother says she still can’t talk about the young woman without tears coming to her eyes. For her, and her family, they can never be truly at piece until answers are found.
“I want to know who he was and why,” she said. “If that person is still living I want them to pay.”
In 2009, more than a decade after Crystal’s disappearance, hunters stumbled across skeletal remains off a Forest Service road near Peel Dogwood Road, bringing fresh life in to the investigation.
The State Medical Examiner’s Office positively identified the remains as Marler’s and determined the cause of death was blunt-force trauma and a gun-shot. Further evidence was collected at the scene, but little more learned about the case at the time.
Then Sheriff Gus Skinner, along with Detective David Sampson officially elevated the case to a murder investigation, but little progress was made in solving the mystery.
Wood says when Crystal’s remains were found there was some relief among her family, but as time went on and no answers were found, the relatives were left disappointed.
With the 20-year anniversary passing this week, Wood said she hopes a renewed interest in the case will uncover new information that will help close the book on the details behind the tragic disappearance.
She said she has been contacted by a filmmaker out of Lexington concerning the case, who hopes to visit McCreary County and conduct interviews and perhaps breathe new life into the case.
McCreary County Sheriff Randy Waters, who inherited the case when he took office in 2014, said there is still an ongoing investigation in the matter, but no new information has turned up.
“It is still a very active case,” he said. “We have reviewed all the files and evidence collected over the years. Unfortunately, there has been no true progress made and we have not obtained any real, verifiable evidence in the case.”
Sheriff Waters said he occasionally will learn of a possible lead through gossip, or third-party information, but has been unable to find any concrete leads through follow up investigations.
“It is frustrating sometimes,” he said. “It is an old case, but still very real, especially to the family. Someone out there knows something that will break this open, but they have yet to come forward.”
“We always hear certain names of people we should look in to, but without any hard evidence to go on we just can’t get anywhere with it.”
The Sheriff encourages anyone with any information to contact his office at (606) 376-2322.