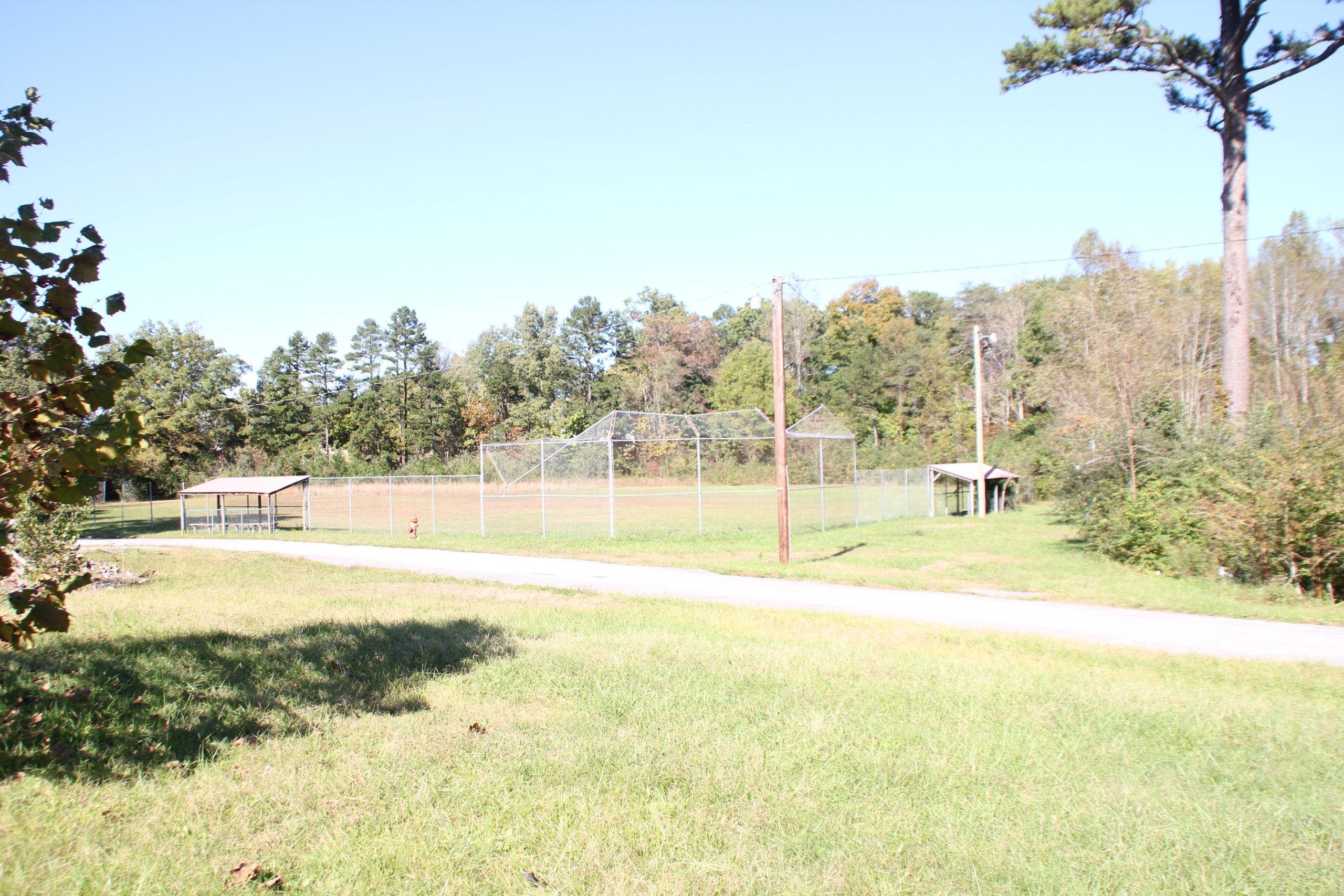 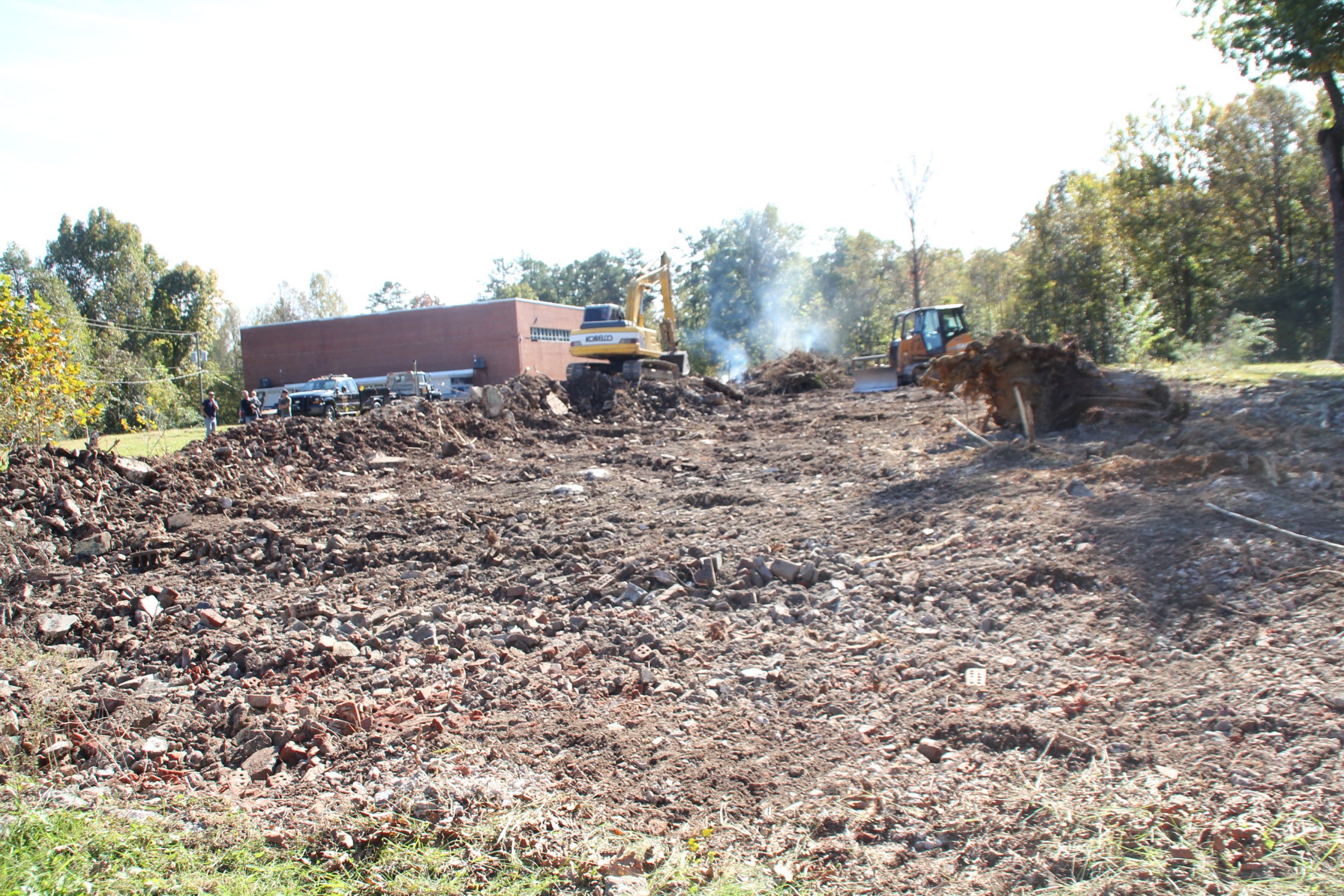 The Lord’s Gym has been a place where the youth of McCreary County could come and play basketball, hang out and share fellowship inside the old McCreary County High School gymnasium.
Soon, even more opportunities for recreation will be available for more to enjoy.
This week work started on adding new improvements to the site, including a walking track, park and the renovation of the old baseball field. The new additions are expected to be complete by next spring.
Lord’s Gym founder Braxton King said the work is the next phase of development for the gym, adding more opportunities for youth to play and grow.
“I’m so excited that this is getting done,” he said. “We have been building toward this for a long time.”
An 800-foot walking track will be built on the site of the old high school building, with a park in the center for people to use when their children are playing. The track will be built using grant funding from the Lake Cumberland Area Health District.
“It will be a nice place to come and walk while the kids play,” King said.
The park will be dedicated in the memory of Jamie Branscum, a long-time volunteer with the Lord’s Gym who tragically passed away in 2014.
“Jamie was such a generous person,” King remembered. “He was always giving, and was a big part in our efforts here. I think he would be proud.”
Branscum’s presence was certainly felt this week when the work preparing the site began. “I didn’t realize it until after, but the day the work started was the anniversary of Jamie’s passing,” King said.
The old baseball field will also see renovation, with a USDA grant to be used to recreate the field, install new fences and bleachers and a concession stand.
King has already decreed the ballyard will be named “Coaches Field.”
“It is a way to honor all the men and women who volunteered their time in the past teaching and coaching the youth of McCreary County.
King said the field will be used for softball and soccer, and hopes to start leagues to provide ample opportunities for the community to use the facility.
The Lord’s Gym first opened in 2002, offing a place for youth to play basketball, but over the years more equipment has been added to expand the recreational opportunities available. Weights, computers, pitching machines and more have seen use in the old gym.
A telethon helped raise funding to purchase the building outright. That money, combined with grants and community support allowed the facility to renovate and upgrade: fixing a leaky roof, installing a new heating and air unit, and other improvements and repairs.
Most of the work throughout the years has been provided through grants or private donations. But it is the tireless work of volunteers that really built the place King said.
“I couldn’t begin to list all the people who donated their time or materials to build this gym,” he said.
In 2001 the McCreary County Fiscal Court, under Judge Jimmie Greene purchased the old high school building and grounds from the McCreary County School District for $200,000 through SMART funds.
The plan was to eventually house a community center and park on the site, but the estimated cost to renovate and remove harmful asbestos topped $4 million, so the idea was placed on hold.
In 2006 a fire in the newest portion of the building caused damage beyond the neglect and age that had plagued the site until then. After that the county sold the property to the Lord’s Gym, who had been leasing it from the Fiscal Court since 2002.

A second fire in 2007 caused further damage, leading to the decision to tear down the old structure, which had become a safety hazard. That ground has laid untouched since then, with trees and weeds standing where the school house where hundreds of children used to attend daily.
Now, with the new improvements on the way, hundreds more can make use of the space once again.