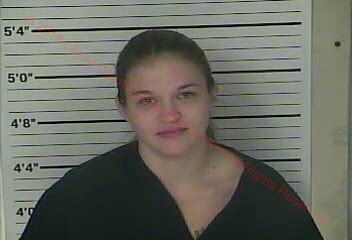 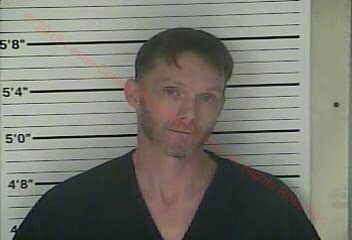 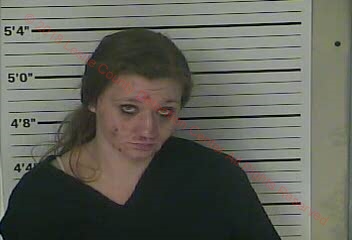 Trooper Shaler Jones searches two suspects who attempted to flee after the vehicle they were in crashed in to a utility pole – ending a police pursuit Friday afternoon.

Three people were arrested and a fourth is awaiting charges after they fled from a Kentucky State Police Trooper attempting to make a traffic stop Friday afternoon.

Trooper Craig Reed reported he attempted to make a traffic stop on U.S. 27 at the Williamsburg Street intersection after observing the driver of a Ford Taurus commit a traffic violation. The Trooper ran the tag of the vehicle and discovered the driver was wanted on an outstanding warrant.

The vehicle pulled into a church parking lot as if to stop, but then sped off southbound on Highway 1651 with Trooper Reed in pursuit.

The vehicle turned on to Poplar Springs Road toward Highway 92, but made an abrupt turn on to Childers Ridge Road, where there was no exit. At the end of the road the car hit a utility pole, and all four occupants fled from the vehicle and in to a nearby woods.

Trooper Reed was able to apprehend three of the occupants and placed them in to custody. The fourth, the suspected driver, was able to elude officers as they searched the area.

Located in the vehicle was a quantity of methamphetamine, syringes and other drug-related items.

The third subject taken in to custody at the scene reportedly stated he swallowed a large quantity of meth prior to being apprehended and was transported to the Lake Cumberland Regional Hospital for treatment and evaluation. As of press time he had yet to be released, but officers say charges are pending against him.

With the assistance of Trooper Shaler Jones, Sheriff Randy Waters and Deputies from the McCrery County Sheriff’s Office, officers searched the woods for more than an hour to try and locate the driver unsuccessfully.

About three hours after the initial incident Sheriff Waters was able to locate the fourth suspect, identified as Daniel L. Ridener, 39, and took him in to custody. Ridener was charged with trafficking in a controlled substance, possession of drug paraphernalia, two counts of fleeing/evading (foot and vehicle), wanton endangerment, criminal mischief and driving on a DUI suspended license.

Additional charges may be pending as the investigation continues.