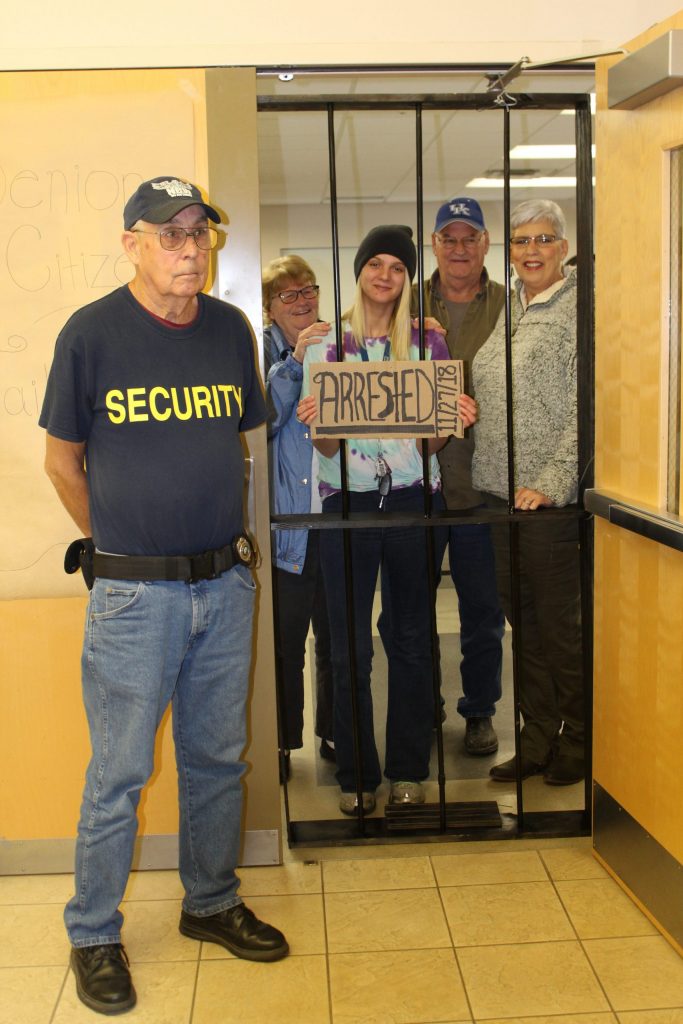 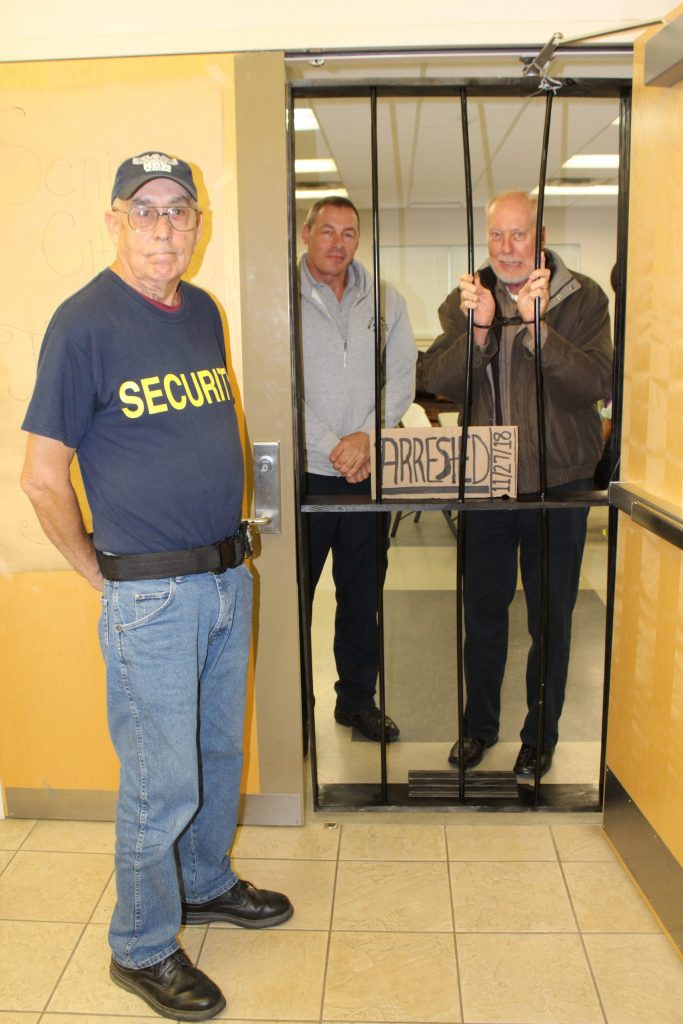 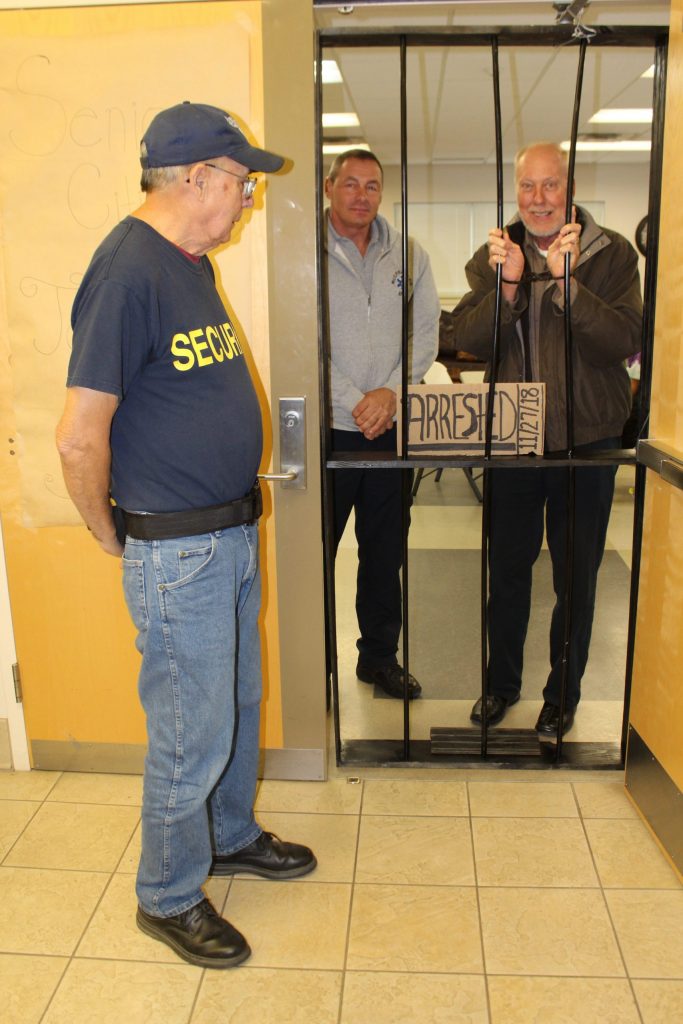 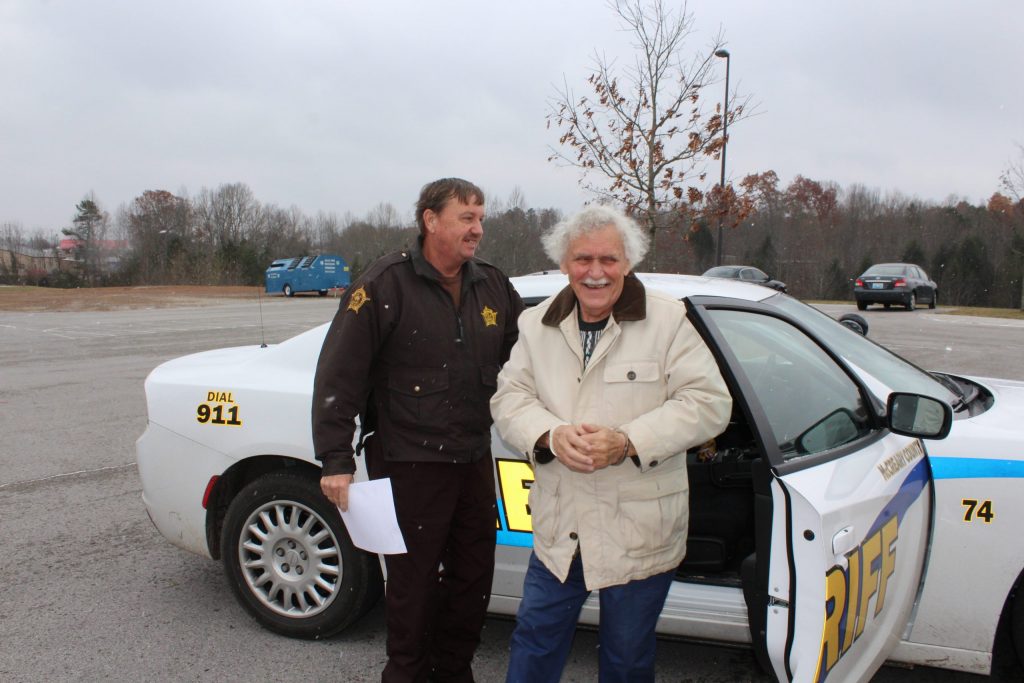 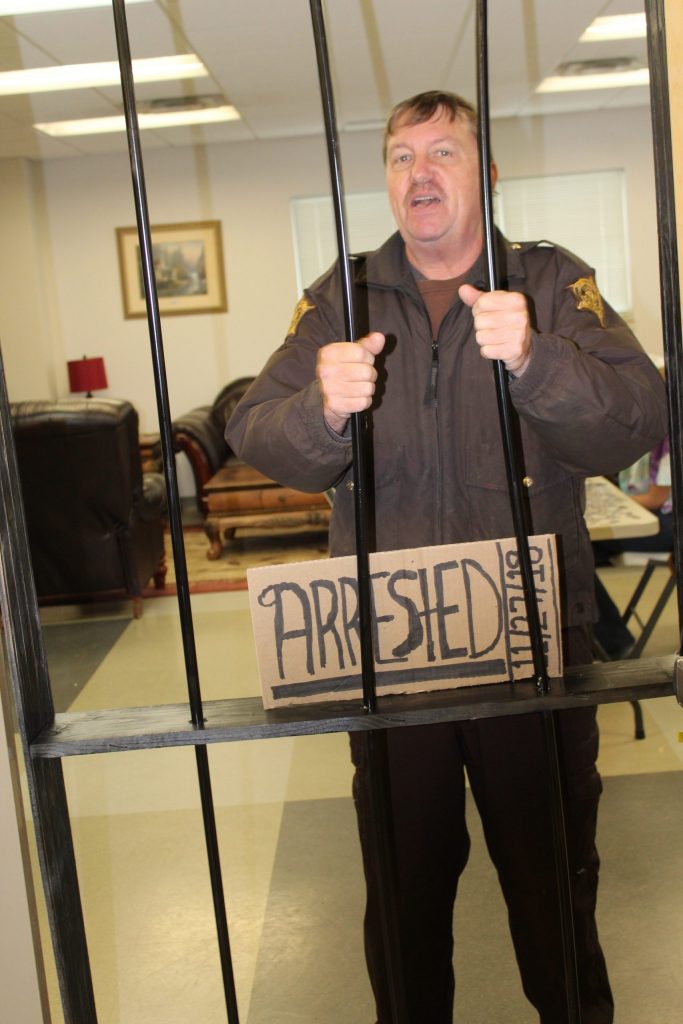 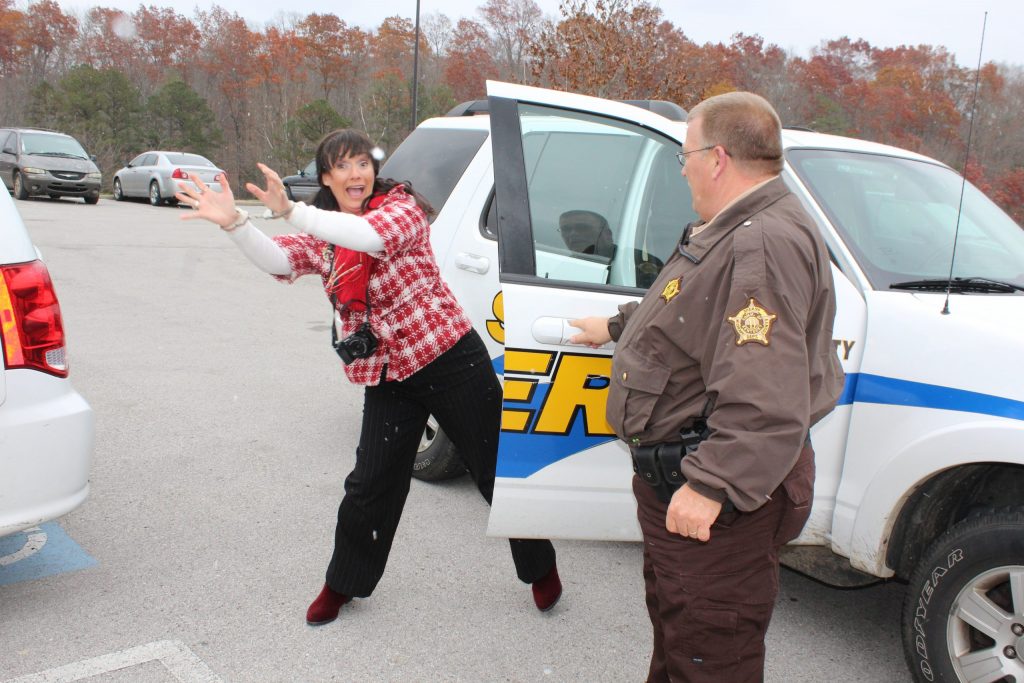 Photos by Eugenia Jones
The McCreary County Senior Citizens were busy overseeing warrants, arrests, inmates, and bail…all for a good cause on Giving Tuesday-an international day of giving to charitable causes celebrated on the Tuesday after Thanksgiving. The Jail and Bail event raised money for the Lake Area Foundation and involved Sheriff Randy Waters and his deputies serving warrants and arresting individuals charged with “being dedicated supporters of the Senior Center.” Those served with warrants were sentenced to do time in the McCreary County Senior Citizen Center’s make shift jail (constructed by Gary Coffey.) Once booked into jail, individuals posted bail and were released. The bail will help fund senior programs and ensure the senior population is served now and in the future. As Jailer Glen Phillips looks on, EMS Director Jimmy Barnett and Judge Executive Doug Stephens try to figure out a way to raise bail.