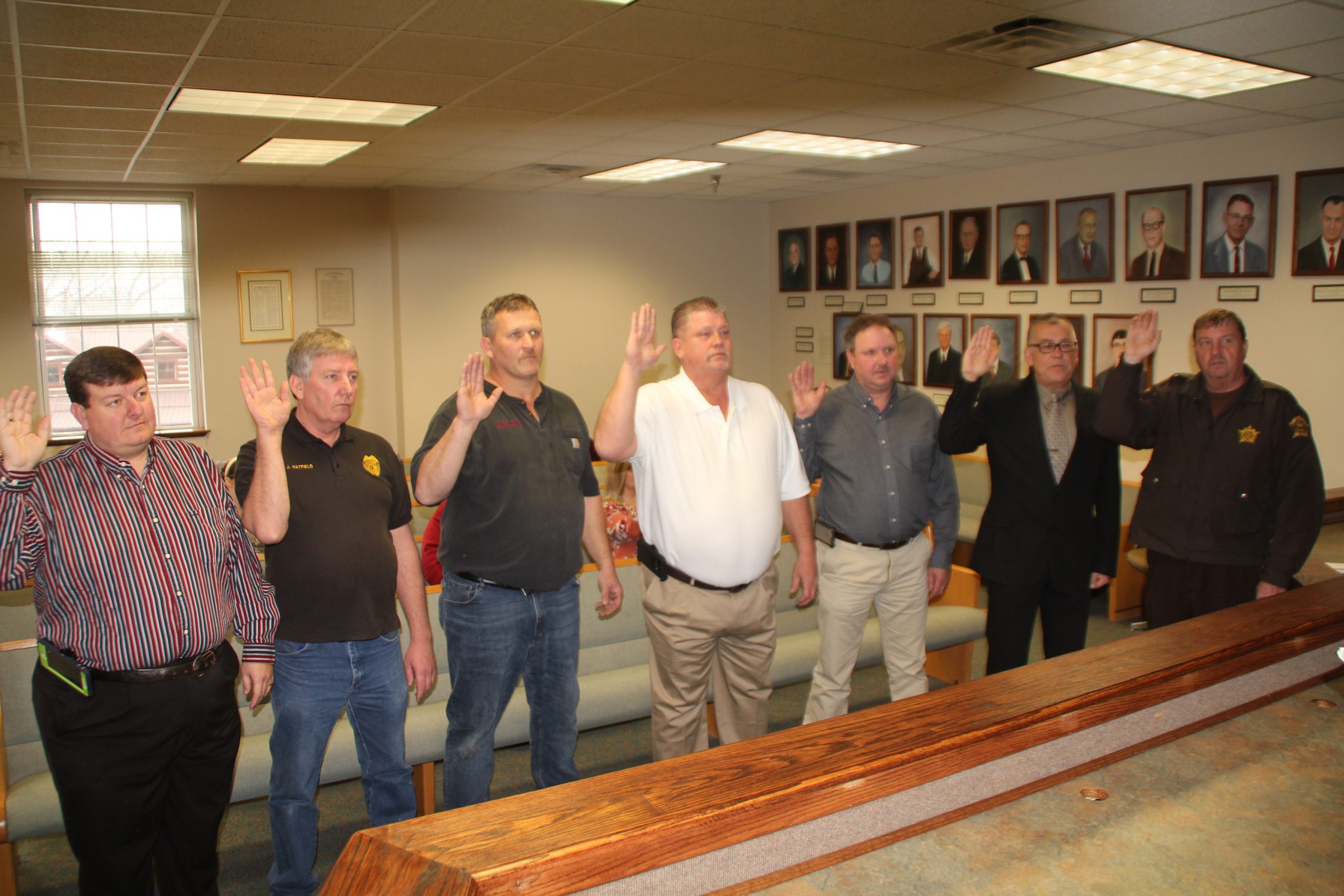 Incoming McCreary County Judge-Executive, Jimmie “Bevo” Greene was officially sworn in to office Wednesday afternoon. Along with re-elected officers, Tim Corder, Jessie Hatfield, Roger Phillips, Eric Haynes, Randy Waters and newly elected Magistrate Bill Hale, the officers took their oath of office administered by outgoing Judge Doug Stephens.
Greene will officially take office on Monday, January 7, and one of his first acts in office will be to swear in all other new officers that afternoon at 1:00 p.m.
“I’m excited and anxious to get started,” Greene said. “I see some good things ahead for McCreary County and I want to foster some positive energy for the county.”
One of the first items Greene intends to tackle will be the garbage issue, he said. Greene has already met with representatives from Poff Carting and said he hopes they will work with the new Fiscal Court to resolve some of the issues plaguing garbage collection.

Greene has also announced his office staff for the upcoming term. Green has chosen Nathan Nevels Jr., a retired educator and former Superintendent of Somerset Independent Schools, for the Deputy Judge position, while Geraldine Laxton was appointed by the Fiscal Court last month to serve as Treasurer. No other changes to the Judge Executive staff will be made as Randy Jones will stay on the staff as the full-time Finance Officer, and Peggy Lawson will also remain in her role as Secretary.
Greene will preside over his first Fiscal Court meeting on Thursday, January 10 at 6:00 p.m. in the Courthouse.