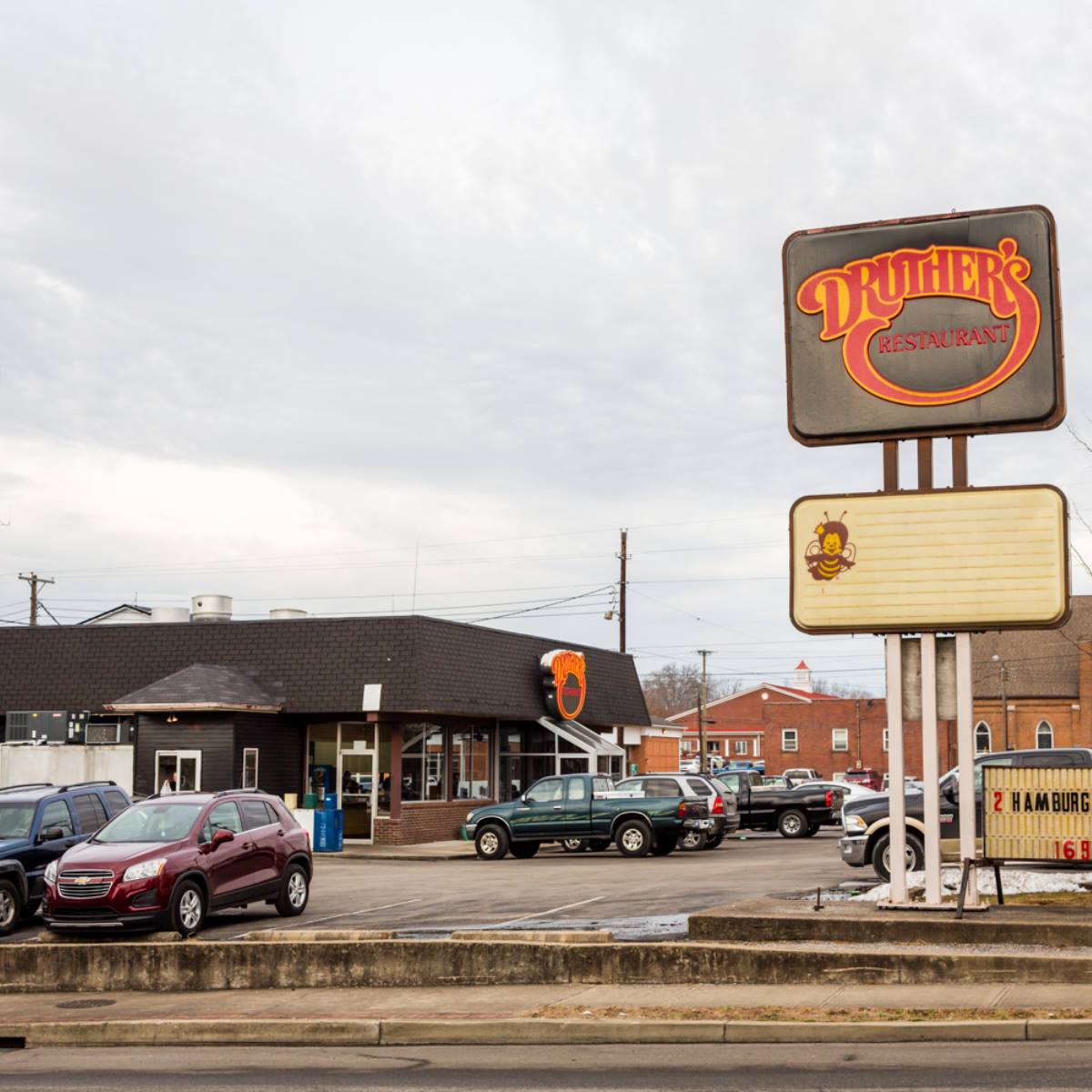 Druther’s Restaurant in Campbellsville, Kentucky is a perfect “day trip” destination for McCreary Countians seeking a taste of the past.

A Taste of the Past 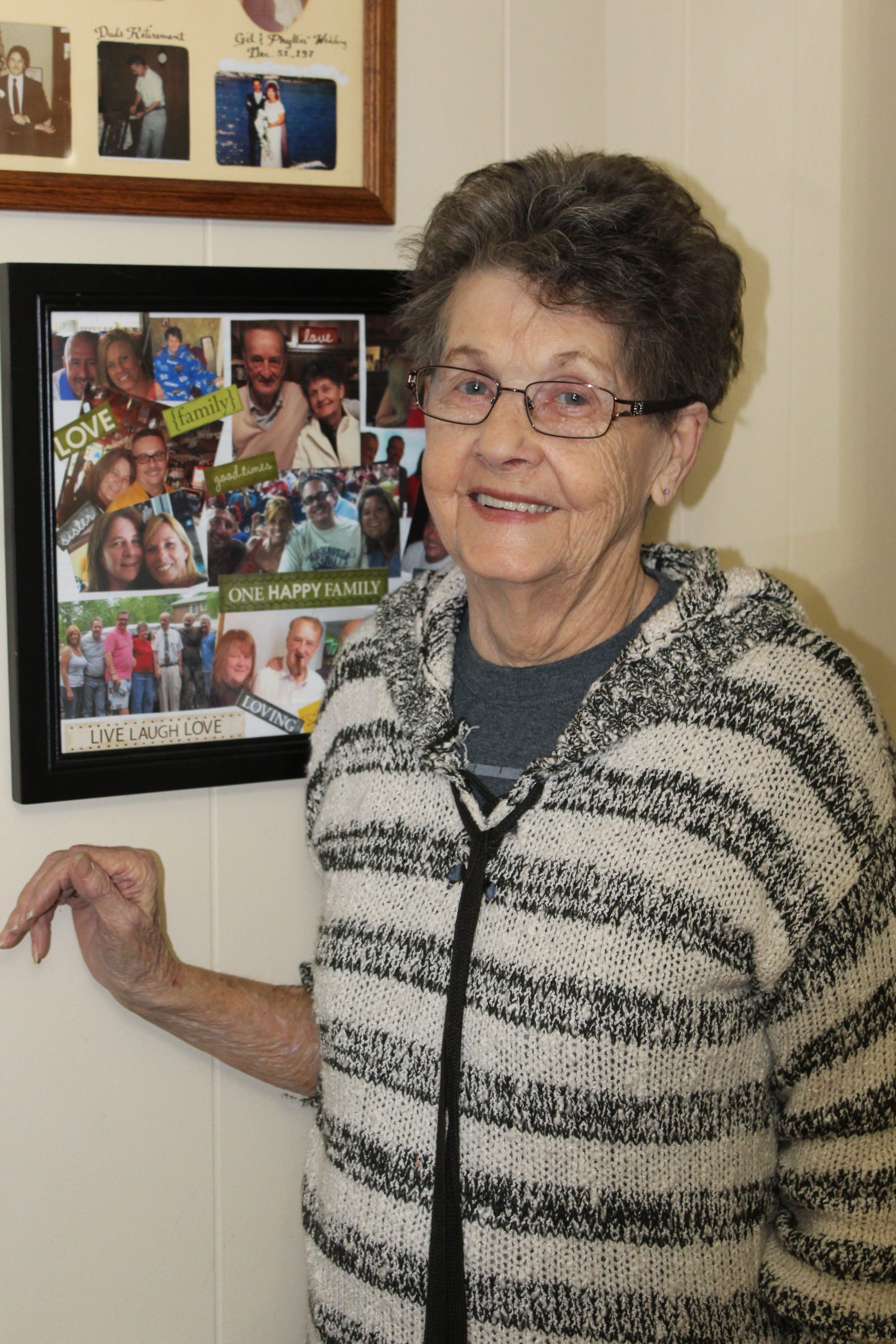 Almost any McCreary Countian of a certain age can remember dining at Druther’s Restaurant in Whitley City in the 1980s. Whether enjoying a Friday night fish dinner, chowing down on a Royal Burger with a side order of onion rings, or gathering inside to catch up on local gossip with friends while enjoying a scrumptious country breakfast complete with biscuits made from scratch, Druther’s Restaurant in McCreary County was definitely the place to be. Fulfilling a role equally as important as the food in making the Whitley City Druther’s a an inviting place to eat, the friendly and dedicated staff, particularly manager Ruth King VanOver of Stearns, made sure their customers felt welcome while they enjoyed full meals or just “sat a spell” with a good cup of coffee. VanOver and her winning ways would eventually go on to climb the corporate ladder and oversee a total of sixty-nine restaurants while accomplishing many other achievements including being the first woman regional director of Druther’s, becoming a Vice President of Druther’s International, and being recognized in Who’s Who in Restaurant Management.
VanOver’s introduction to food service began at a relatively early age. As a teenager, Ruth married Gilbert VanOver, and the couple traveled ‘round the world as he pursued his military career. Food service was an accessible career path for a military wife, and as Ruth began to work with food service, mostly with Holiday Inns and military clubs, she grew to love the field.
Surprisingly, it was when the couple returned to the United States that Ruth initially had the most difficulty excelling in her career.
“When we came back to the U.S. with all my food service experience, I didn’t think I would have a problem,” Ruth observed. “But, as a woman in the U. S., I faced politics and discrimination.”
VanOver decided to break out of her comfort zone in full food service by stepping into the world of fast food for the first time at the age of 42 when she became assistant manager, and later manager, of the Oneida, Tennessee Burger Queen restaurant. When Burger Queen opened in Whitley City, VanOver took the manager’s position in her home county and remained in the managerial position as McCreary County’s Burger Queen converted to Druther’s.
Under the management of Ruth and a managerial team formed by Pat Terry, Peggy Lawson, Toni Chitwood, and Ruth’s daughter, Pam VanOver, the Whitley City Druther’s soon became a favorite local hang out. Under Ruth’s training and supervision, the local restaurant produced many managers and assistant managers for the rapidly expanding franchise.
Recognizing her ability, the company soon promoted Ruth to being the area supervisor overseeing Druther’s restaurants in Whitley City, Williamsburg, KY, Lake City and Clinton, TN. Soon after, she became the first woman regional director for the chain of restaurants and began traveling extensively to supervise restaurants in Kentucky, Tennessee, West Virginia, Virginia, and Missouri.
VanOver always knew the importance of having quality employees at a fast food restaurant.
“Back then, young people were eager to work,” VanOver recalled. “There wasn’t a drug problem-none of the things you have to deal with today. As a franchise, we recognized the importance of training our employees to be ambassadors. Our employees knew to be polite, give directions, etc.”
Ruth truly enjoyed seeing potential in young employees and thrived on training and supervising them so they, too, could excel and move forward with the company. She also enjoyed the travel required to supervise so many restaurants in different states.
“I enjoyed traveling and meeting different crews and local customers,” she recalled with a grin. “In Big Stone Gap, Virginia, there were two little ladies who always brought me cookies.”
Despite her fondness for traveling to different restaurants, her own Whitley City Druther’s held a special place in her heart.
“We had the breakfast club,” VanOver recalled. “All of our regulars had their own Druther’s coffee cup with their name on it. They paid for one cup of coffee, and we kept it filled!”
VanOver said the best sellers at the Druther’s in Whitley City in the 80s were probably the fish and fish sandwich. Her own personal favorite was the Royal Burger with a side of onion rings.
VanOver eventually left Druthers in the early 1990s when the privately owned Druther’s International converted most of its restaurants to Dairy Queen. However, Ruth continued to appreciate the fast food industry and the opportunity it gave her to excel in a food service career.
“In fast food, you’ll be able to climb the ladder if you apply yourself,” she remarked.
Although VanOver was able, through Druther’s International, to overcome the early discrimination she faced as a woman, she remains passionate about what she views as a lack of local opportunities for women to excel in their careers. If she had her druthers, women would have a more significant role in local decision making and business.
“I would like to see our county provide more opportunities and more advancement for women,” Ruth expressed firmly. “We need to catch up with the times. We need to educate the public as to the roles of women in government and business. We need to include more women on boards, in government, and in decision making positions.”