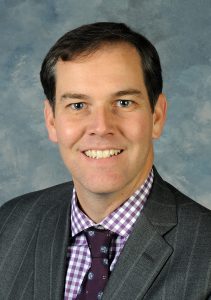 Senator Max Wise introduced the School Safety and Resiliency Act, known as Senate Bill 1, last week, a comprehensive bill intended to make school safety a priority in Kentucky.
Structured around four areas: personnel, systems and structures, a culture of student connection and accountability, the bill looks to strengthen school safety and provide students and teachers with the resources needed to combat school violence.
The bill would add a new chapter to the Kentucky Revised Statutes that would establish a goal of providing more school resource officers and mental health professionals in the schools as soon as practicable for districts based on funding availability and qualified personnel. It would also require each school district to appoint a “school safety coordinator” to provide training and administer a threat assessment team.
Certain personnel in each district would also be required to take annual standardized training on responding to active shooter situations.
The bill seeks to make anonymous tip lines available in each school district, and also to increase criminal penalties for anyone making a fake or hoax threat.
If the bill is passed students in grades 6 through 12 will receive a presentation on suicide prevention awareness, and all staff members will undergo a minimum of one hour of suicide prevention training.
A statewide “security marshal” position would be created, acting in a similar capacity to the state fire marshal, to enforce safety compliance. It would also establish sanctions for schools that fail to comply with correcting safety deficiencies or submitting safety risk assessments.
“It is a first step,” said Senator Wise, who presented the bill. The bill does not contain language concerning arming teachers, and due to the pension crisis does not include much funding, but lawmakers stated they believed that could be addressed in the future.
The bill was a result of a bi-partisan, 16-member panel of legislators who met to find a solution to growing concerns over school safety.
McCreary County School District Superintendent Mike Cash stated Tuesday he felt a lot of the items proposed in the bill have already been addressed in the school district, such as having an SRO in each building and restricting access to the buildings, but he welcomed more input as “we are always looking to improve.”
Cash added he has extended an open initiation to the Senator to visit McCreary schools and see first-hand what safety steps have already been taken.

Senator Wise has also announced a date for a Town Hall meeting in McCreary County. On Thursday, January 31 at 12:30 p.m., the Senator will meet with local constituants at the McCreary County Public Library.
The meeting will allow citizens to provide feedback and ask questions concerning issues that the General Assembly will tackle during the 2019 Legislative session.
“I am proud to have held these meetings every year since assuming office,” Wise said.