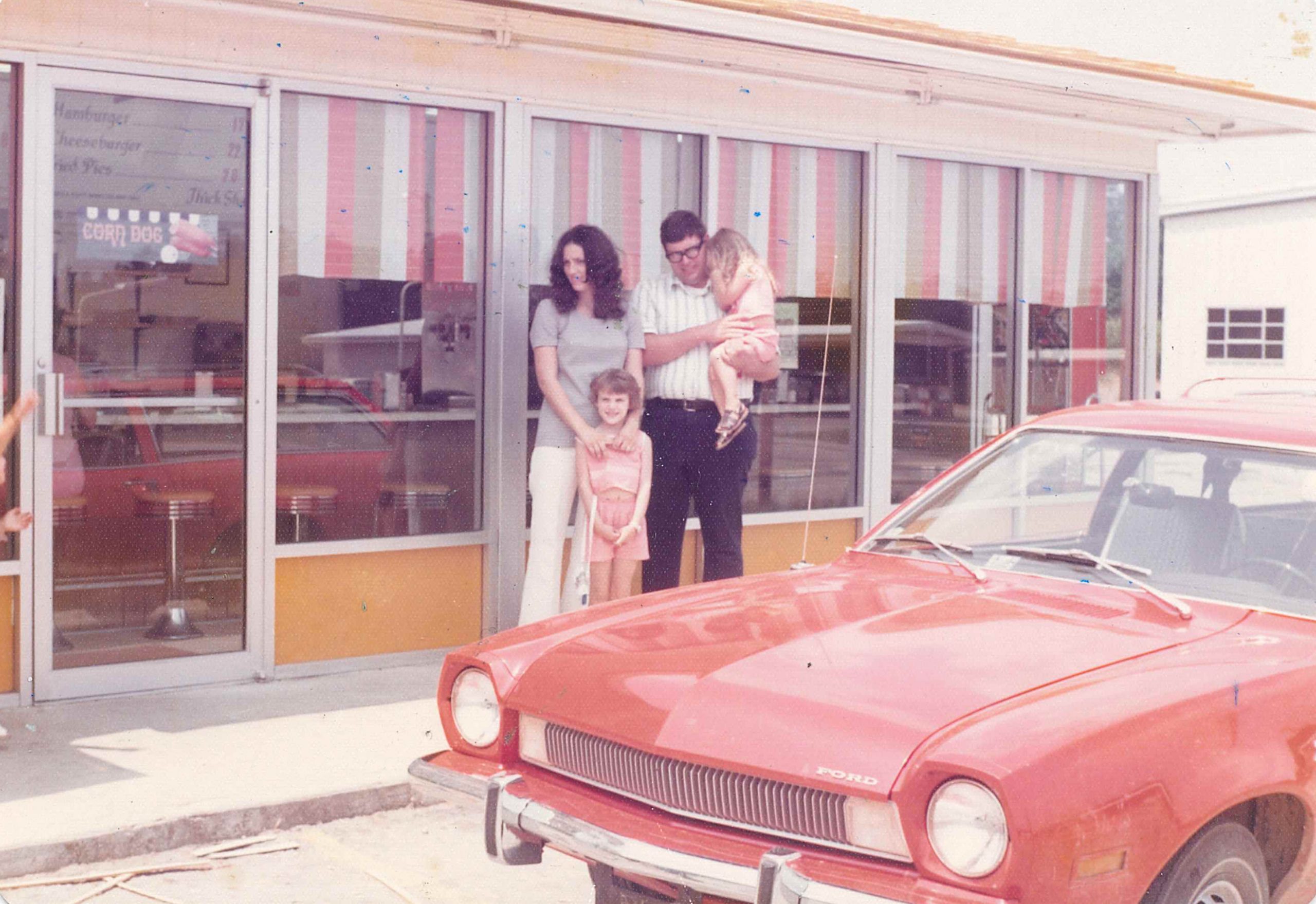 Milton Morrow is pictured with his wife, Patsy, and daughters, Crystal and Charity, in front of McCreary County’s Scottie‘s franchise restaurant in the 1970s. 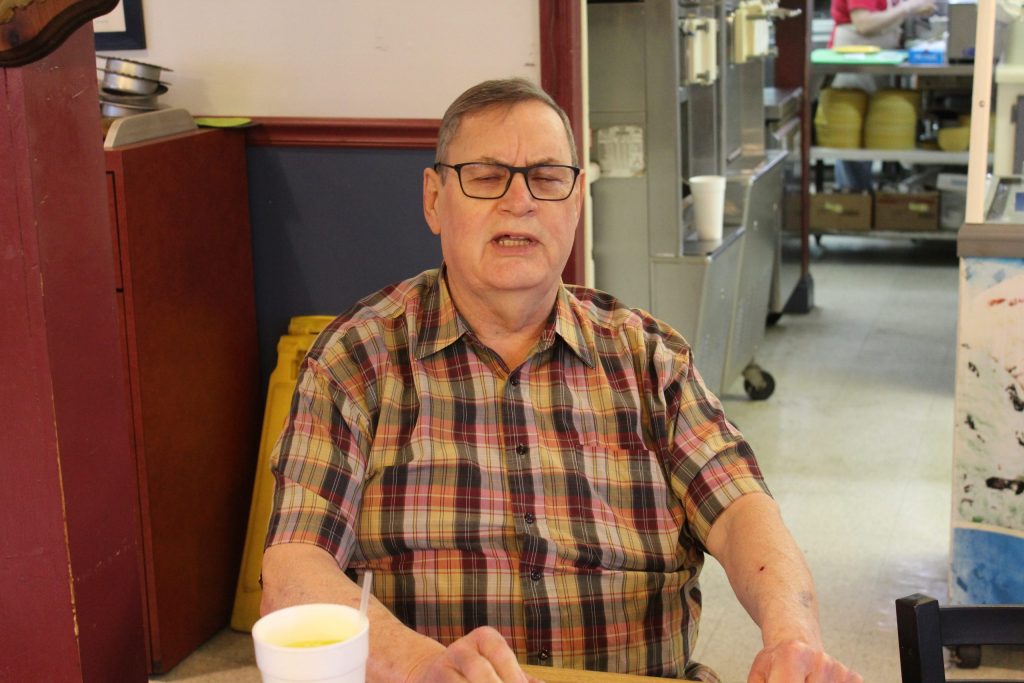 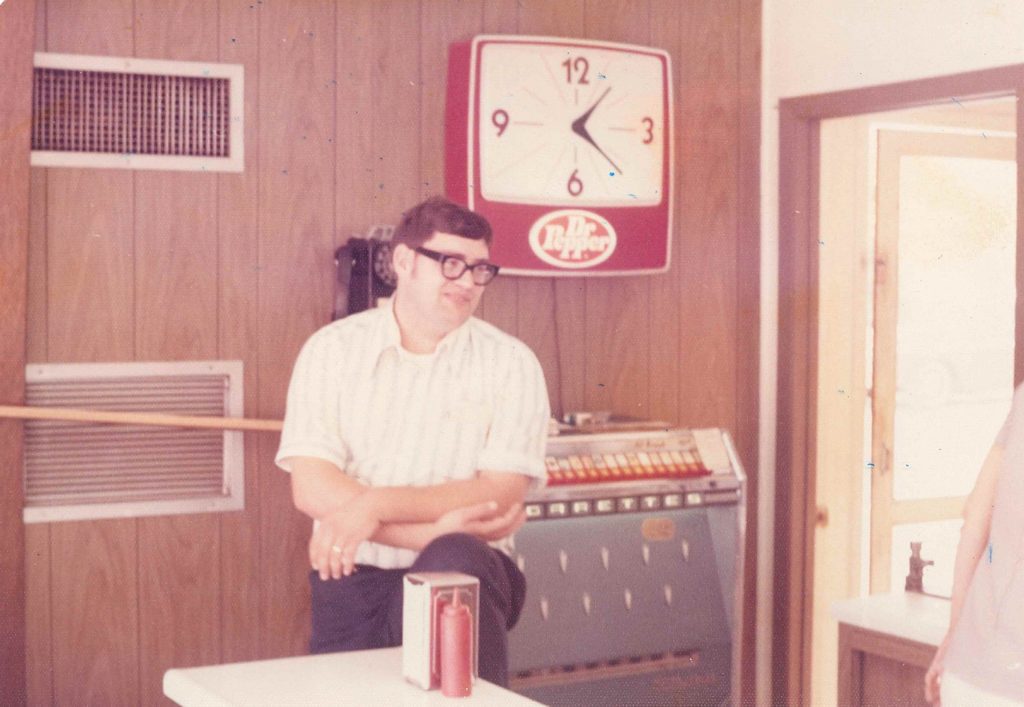 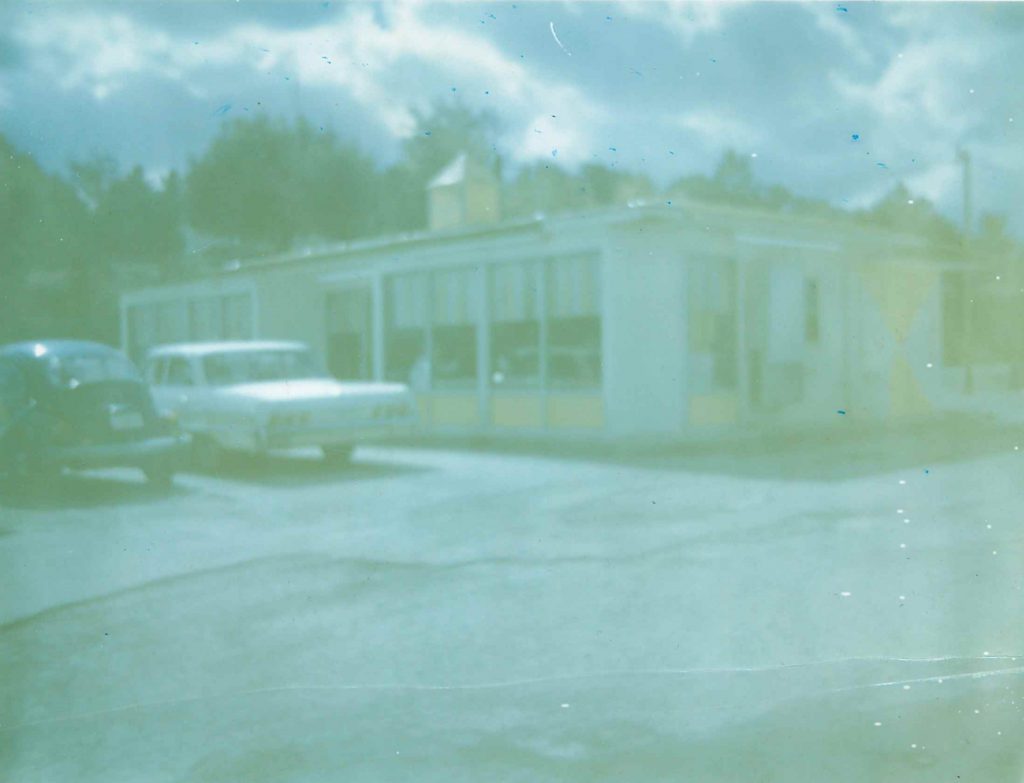 Milton Morrow went from Scottie’s to opening his own  restaurant and catering business.

In the early 1970s when Buddy Wilson and Jim Goodin established a Scottie’s franchise restaurant in a double wide trailer at the site of the current Huddle House Restaurant in Whitley City, KY, McCreary Countians could always count on getting a sack full of tiny, tasty, oniony burgers at a reasonable price. Wilson grinned as he recalled one customer who faithfully devoured two to four dozen of the tasty little burgers nearly every single day.
Eventually, Milton “Milt” Morrow, whose name is synonymous throughout the county with savory burgers and delicious food, bought the franchise and continued the local Scottie’s tradition.
Milt took charge of the franchise continuing to serve the famous little burgers with their signature grilled onions, mustard, and pickle along with the 4 ounce Big Scott “invented” by Wilson, a popular fish sandwich, fries, onion rings, chili, milk shakes, soft drinks, and breakfast.
“The hardest thing about buying Scottie’s for me was doing breakfast,” Morrow, who had previously worked for Clancy’s Restaurant in Ohio, recalled with a grin. “We didn’t do breakfast at Clancy’s so I had never worked breakfast in a restaurant before. It was a whole new world. We served hash browns, toast, meat, and eggs. We had a six inch skillet, and I had to learn to toss eggs in that pan without bursting them. I fried eggs in a big skillet my mom loaned me until I got the hang of using the six inch. Lawrence Strunk taught me to fix gravy in my mom’s big skillet after I got the hang of flipping eggs in the little pan!”
Milt ran the Scottie’s franchise for about two years before deciding to go independent.
“We had to buy the franchise fee and got basically nothing in return,” Morrow noted. “They wanted 6% of sales and offered us no support, no tech, no advertising, nothing. The only savings was on Pepsi Cola. I decided to go out on my own and opened my Burger Hut. I’ve been with it ever since. Ironically, Scottie’s went bankrupt as a franchise not long after I went out on my own. If I had held out just a little longer, I could have used a new sign I had bought for Scottie’s and been an independent Scottie’s without the franchise fee.”
Milt devoured little Scottie burgers when he operated the franchise.
“I would eat a little Scottie about every day,” he said with a laugh. “Our bestsellers were the little burgers (similar to a Krystal) and the fish sandwich.”
For Milt, buying the Scottie’s franchise was a good thing because it gave him the opportunity to move back home to McCreary County and eventually led to him opening his own successful restaurant and catering business.
“It was a lot of fun,” Milt reminisced. “We had a lot of teenagers, and we hosted street dances to build our business. It was a tiny restaurant with about fifteen stools and eventually we added a few orange booths. The color scheme was yellow and red. It was a warm and friendly place-just the way a restaurant should be!”

A Taste of the Past

In the mid 1970’s, the Scottie’s franchise chain in southern Kentucky and Tennessee went bankrupt, leaving the few remaining restaurants as independents. Today, only four of independent restaurants remain in Caryville, Powell (outside of Knoxville), Etowah, and Pikeville, Tennessee. The diner style restaurants serve up food with a twist of nostalgia. For McCreary Countians who are hankering for a taste of the past, it is an easy half day trip to visit Scottie’s in Caryville or Powell TN to grab a few of the tasty little burgers dressed with grilled onions, mustard, and pickle. Who knows? While there, it might be wise to bring a sack of those memorable burgers back home to enjoy as a midnight snack.