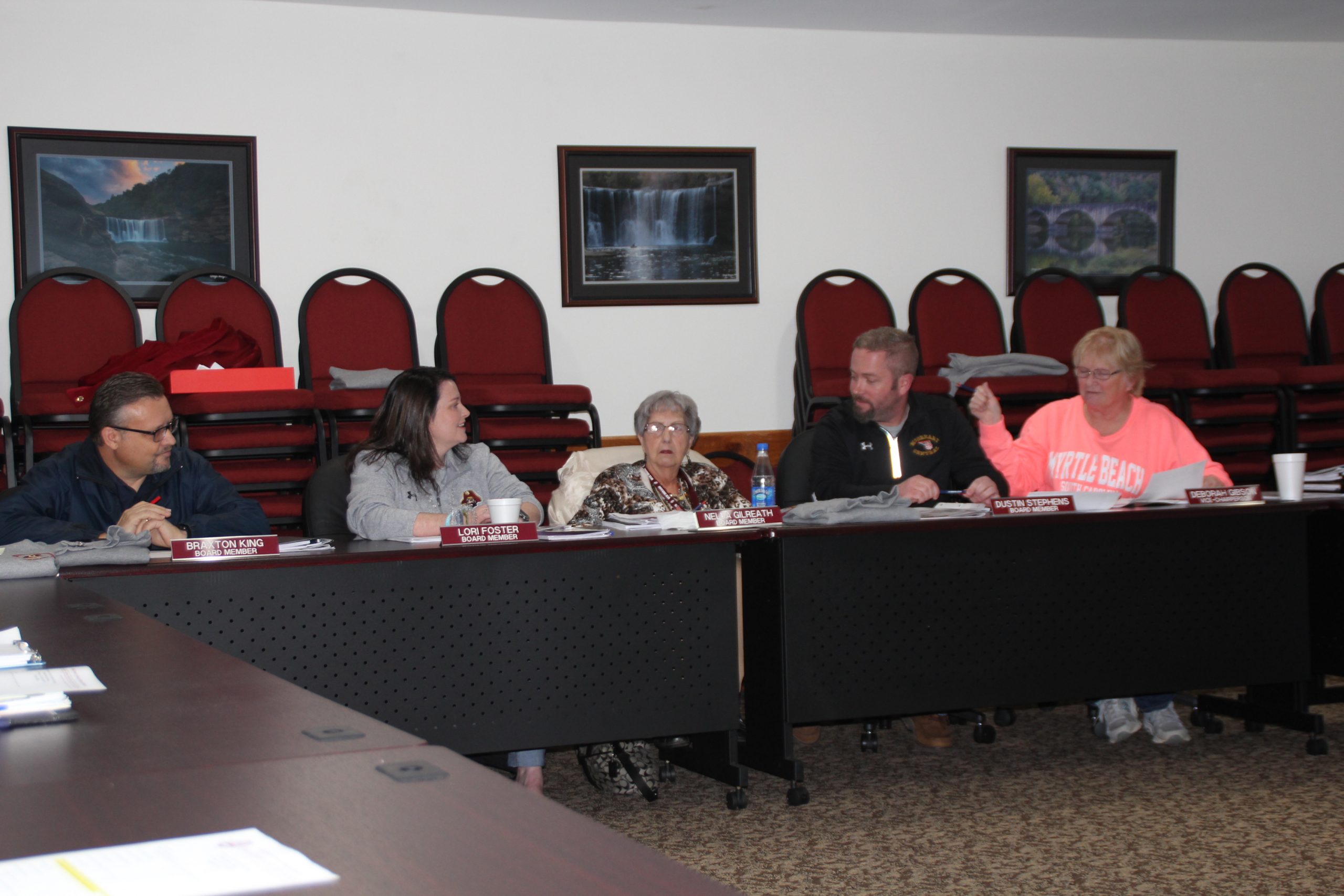 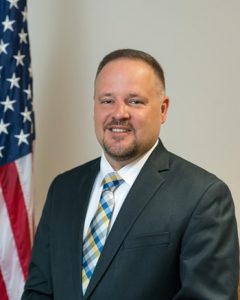 With no official explanation as to their reasoning, the McCreary County Board of Education voted 5-0 to suspend School Superintendent Michael Cash for one month of working days without pay during a special called meeting Friday night. The suspension is an apparent response to allegations that the Superintendent was caught on video engaging in unprofessional conduct with a staff member, but neither the Board nor their attorney have officially confirmed the existence of a video.
Following the meeting there are still many questions that have to be answered concerning the reason for the suspension and who will serve as Acting Superintendent in Cash’s absence. As of Wednesday morning there was no official announcement as to who would serve in the leadership capacity during the suspension, or any plans to hold another special Board meeting.
Friday night the Board met with one item on the agenda: an executive session to conduct “discussions which might lead to the appointment, discipline or dismissal of an individual employee.” Following the 92-minute closed-door discussions Board Attorney Tim Crawford read a proposed action for the Board to vote on:
“To suspend Mr. Cash without pay for 30 working days pending the completion of an investigation; to authorize the Board Chair (Dustin Stephens) to contract with an outside investigator, under a contract not to exceed $10,000; authorize the Board Chair to sign any subpoenas that may need to be served and authorize (the Chair) to contract with a retired superintendent from outside McCreary County to act as Acting Superintendent during Mr. Cash’s suspension.”
The Board voted 5-0 to accept the motion, but did not provide any exact details of the reason for the suspension, or the nature of the proposed investigation.
The suspension presumably came about after rumors of a video being sent to members of the Board, which allegedly shows Mr. Cash and a female staff member in a compromising position.
As it was a special session, Crawford cautioned the Board that they could not comment or answer questions from the audience, as “public comments” was not on the agenda.
Prior to adjourning, the Board did allow some members of the crowd to address the allegations, but did not respond or provide any additional details.
Former Board member Brandon Kidd stated he had two questions for the Board:
“The second party involved, because it seems to be one sided here, what is the disciplinary actions that is going to be taken on the other party?” he asked
As to the alleged female teacher involved, she has yet to be officially identified, and potential disciplinary actions against her, if any, would either have to come from the District administration or the Kentucky Department of Education.
The local Board of Education has no authority to act on personnel matters other than to hire or fire a superintendent or attorney.
The Board does have the authority to amend District policy to reflect penalties for any transgressions of a similar nature to have strict guidelines and procedures in place in the event of a re-occurrence of the infractions.
Kidd’s second question pertained to the method of how the supposed video was obtained. Again, without any clarification from the Board or School District, it is alleged a camera was secreted in a location inside one of the schools in an apparent attempt to catch some type of improper activity.
Kidd called the supposed placement of the camera as a “major concern,” stating children could have been filmed in a state of undress.
Citizen Hope Daugherty stated she hoped the Board understood how the supposed event reflected on the school district.
“I’m not judging anyone for what they choose to do,” she said. “But what does concern me is I am a parent of a child that attends school here. You all have recently increased a man’s salary by $26,000. This is something to think about. If this is a video that has found substantial evidence then I hope, in your conscience, that you will think about how that reflects on your county.”
Cash’s daughter, who was in attendance, asked Daugherty what bearing the raise had on the situation, and expressed frustration that her family’s personal issues were being discussed on social media.
Referring to the public rumors Kidd asked the Board to clarify what was on the supposed tape, asking them to at least confirm that it wasn’t a “sex tape,” and at one point alluding to a “make-out session.”
Again, Crawford cautioned the Board to not respond, but after the meeting officially adjourned Board member Debbie Gibson stated to the crowd: “It was not a sex tape,” in an attempt to quell some of the gossip concerning the incident.
The Voice attempted to talk to Crawford following the meeting for clarification concerning the reason behind the suspension and the details of the upcoming investigation, but refused to do so.
In order for the Board to remove Cash from office, they would need a vote of four of the five members, as well as approval from the Kentucky Commissioner of Education.
Following the results of the investigation, the Board could also vote to file administrative charges against the Superintendent, or enact lesser penalties such as a lengthier suspension or official reprimand.
Cash, an over 20-year employee of the McCreary County School District, was hired as Superintendent in January 2016 with a four-year contract that is set to expire in June 2020.