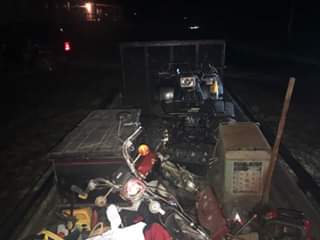 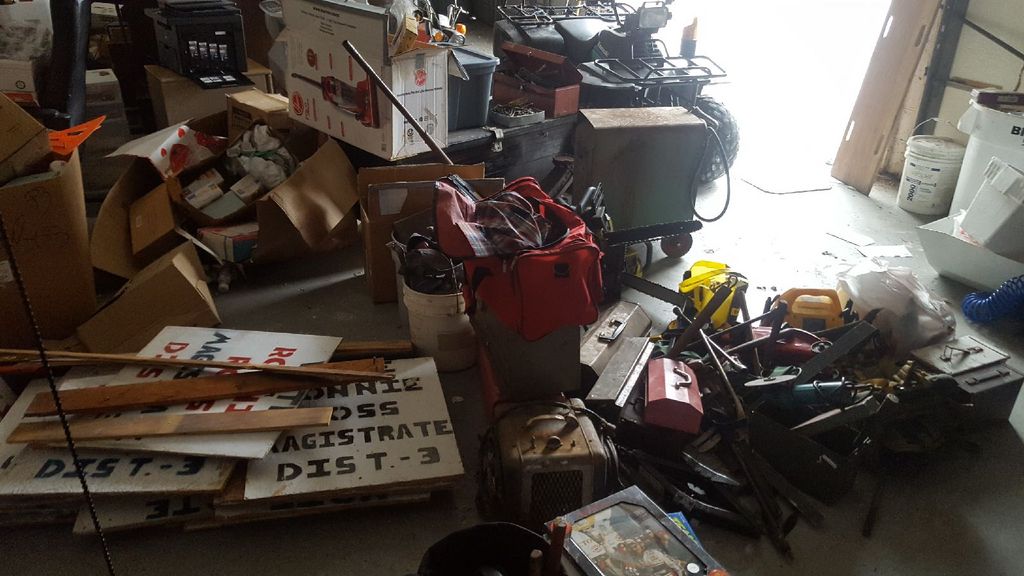 Photo courtesy MCSO
Thousands of dollars worth of stolen items were recovered over the weekend from an alleged theft ring. The case is still under investigation.

McCreary County Constable Cody Stephens reports the recovery of several thousands of dollars of stolen goods, and the identification of a suspect in the
reports of multiple break-ins in the Strunk area, as well as other communities in the county.
Stephens, who is beginning his first term as Constable in District 3, reports he responded to a location off Kidd School Road Friday after receiving information concerning the recent rash of thefts in the area. The officer received permission to search the area and located several stolen items hidden in a barn as well as a grassy area nearby.
The suspect, identified as Jake Helton, fled the area before Constable Stephens could make an arrest. An arrest warrant has been obtained for Helton, but as of press time he had not been taken in to custody. Constable Stephens said the McCreary County Sheriff’s Office will also seek to indict Helton on charges related to the stolen property.
The stolen items were recovered and the owners are being contacted to make arrangements to return the property.
On Saturday the McCreary County Sheriff’s Office acted on additional information obtained during the course of the investigation and recovered more stolen items from various locations.
Sheriff Randy Waters states additional suspects in the case have been identified and an investigation is underway.