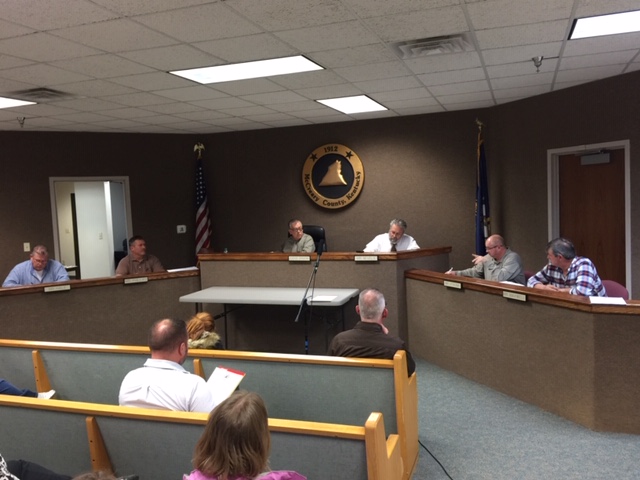 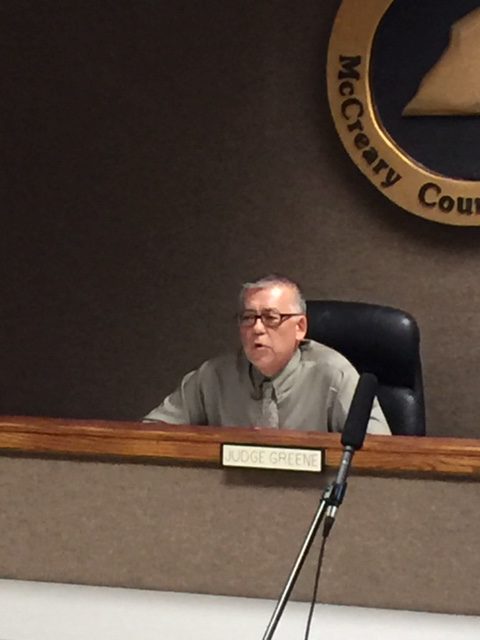 The February meeting of the McCreary County Fiscal Court was relatively quiet as the new Fiscal Court is still settling in to their new roles and learning their duties and responsibilities.
Aside from usual business, such as approving new hires, and bill payment, the court heard from the Kentucky Transportation Cabinet. The Cabinet is planning on working on two roads this year: KY 700 and KY 741. Additionally, each Magistrate will receive about $46,000 in flex funding to work on roads in their districts.
Judge Executive Jimmie “Bevo” Greene presented his monthly update to the citizens, noting he was approached by a representative from the Census Bureau, and advised that the Bureau is taking applications for workers for the 2020 census.
Judge Greene stated Deputy Judge Nathan Nevels Jr. had been attending grant writing trainings over the past month, and would be focusing on applying for grants to help improve the County.
He added the Industrial Authority is “working hard,” to get things in to the spec building in Pine Knot. He stated work is being done to fix some minor issues and clean the building to make it presentable to prospective companies who may wish to move in.
Former PVA Bruce Lominac was the lone citizen to speak in the meeting, presenting a proposed contract between him and the Fiscal Court to possibly generate revenue toward a new jail.
Lominac’s proposal would be to appoint him as an agent of the Fiscal Court to go after properties and money that he feels are owed to the County. Lominac stated he was aware of up to three instances where the Department of Revenue or a Judge had made a “bad” ruling, and believes he could challenge those rulings through a lawsuit to recoup lost revenue.
Lominac, an attorney, said he would undertake the cases on his own, and if successful, would retain 25-percent of the total collected as a fee. If he were to be unsuccessful, it would not cost the County any money. He recommended that any money generated through the agreement should go toward building a new jail.
When asked if the County Attorney could do what he proposed, Lominac answered that the cases could last years, and the County Attorney did not have the time to pursue such actions.
As the Fiscal Court had only received the proposal that day, they took no action on the issue and promised to forward the contract to County Attorney Austin Price for review.
The Fiscal Court will next meet in regular session on Thursday, March 14 at 6:00 p.m.