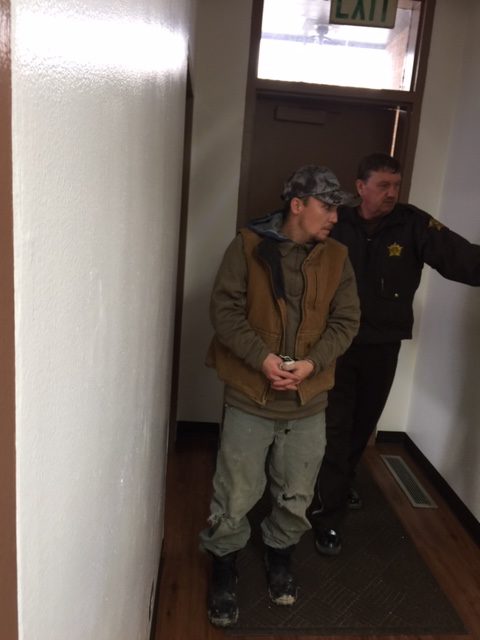 McCreary County Sheriff Randy Waters reports the arrest of Jonah Jack Helton, the man suspected in a string of several robberies in the county, particularly in the Strunk area.
Last week we reported that Constable Cody Stephens had identified Helton as a suspect in the case, and went to a location off Kidd School Road after receiving tips concerning the possible location of stolen items. The officer located several items, but Helton fled before he could be arrested.
On Monday afternoon Sheriff Waters managed to locate Helton and took him in to custody without incident.
Helton was lodged in the Leslie County detention Center with charges of receiving stolen property, fleeing or evading police and cultivating marijuana (under 5 plants).
Sheriff Waters states additional arrests and charges in the case are still pending.
Last week Helton was incorrectly identified as “Jake,” we apologize for the error.