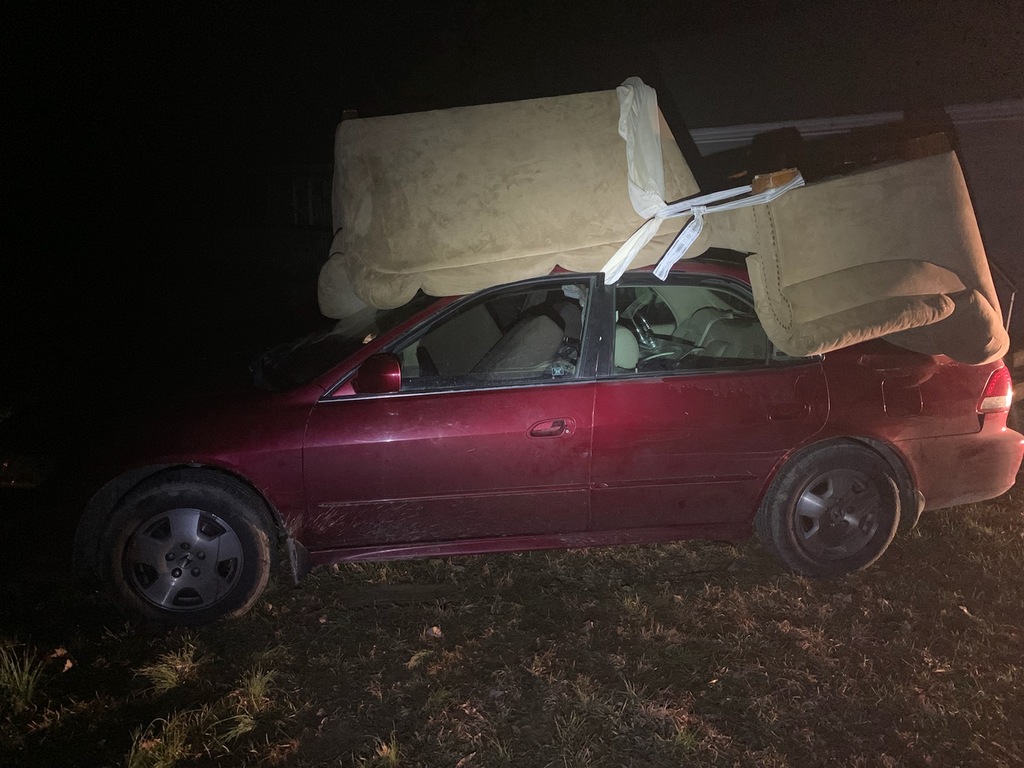 A McCreary County man was arrested Sunday night after officers say he broke in to an empty home and stole furniture and other items.

According to the citation Kentucky Fish and Wildlife Sergeant Chris King was on patrol on Highway 90 around 12:15 a.m. Sunday after receiving a request for extra patrol around the area concerning possible break ins.

The officer observed a vehicle parked in the driveway of an empty home and pulled in to investigate.

The vehicle had a couch and chair strapped to the roof. Upon further examination Sgt. King spotted a kitchen sink and other household items in the car; as well as a freshly cut deer antler.

The officer shone his flashlight in to the window and spotted Wamond D. Perry inside. King discovered the house was vacant and property of a bank. Perry claimed he had permission from the previous owner to enter and collect items he owned that were on the property.

Perry, 44, of Parkers Lake was arrested on charges of burglary, possession of burglary tools, illegal taking of a deer, driving on DUI suspended license and other traffic offenses. He was lodged in the Leslie County Detention Center