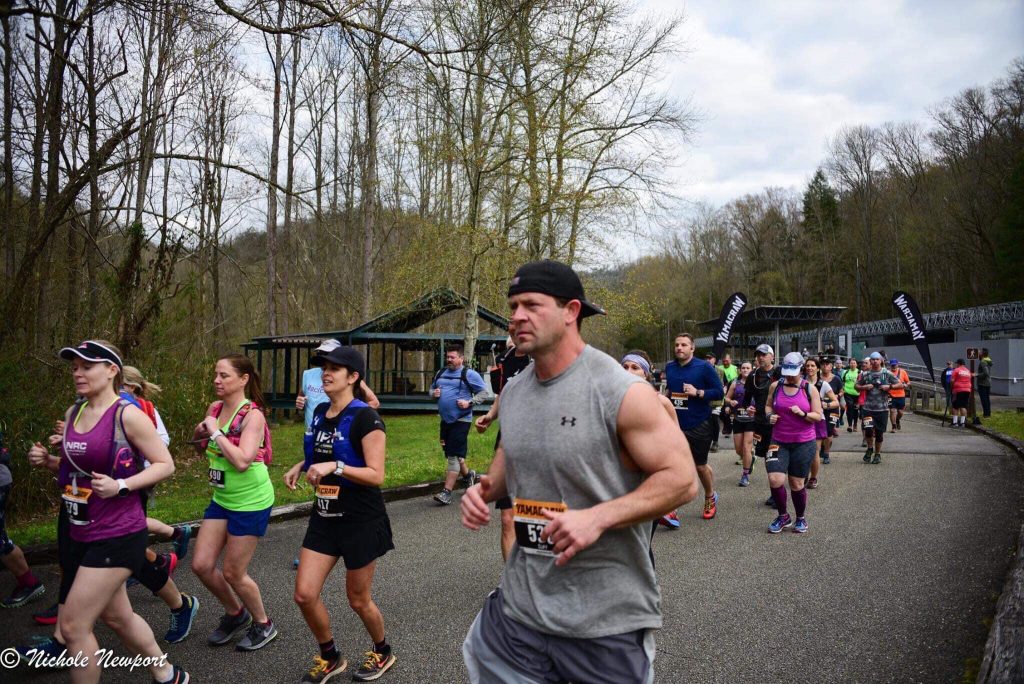 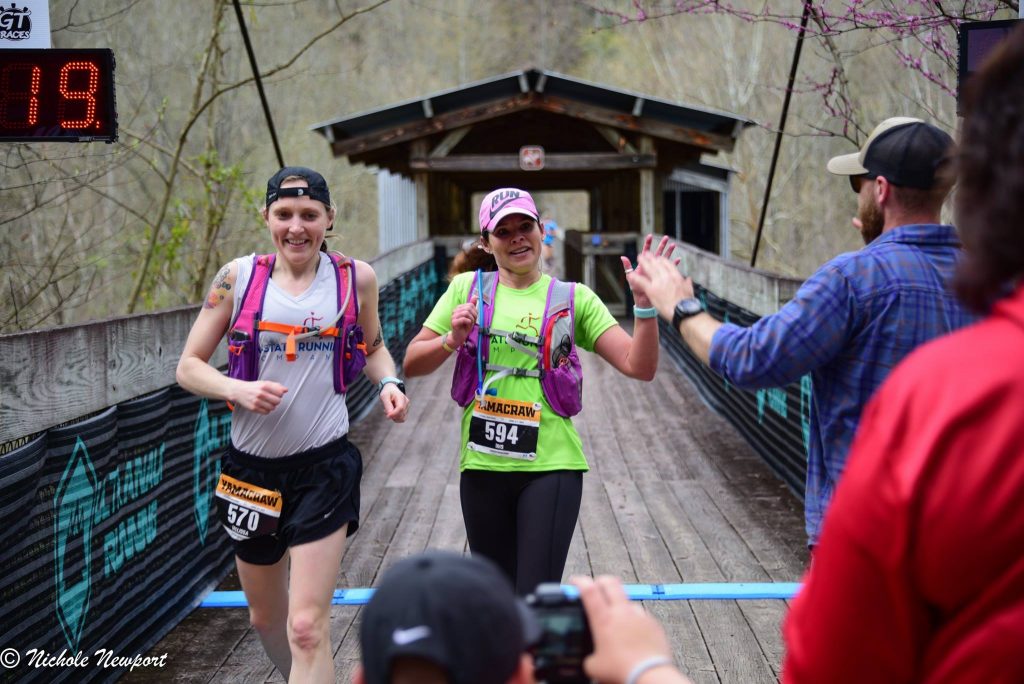 Photo courtesy Nichole Epperson-Newport
A pair of runners cross the bridge at Blue Heron Saturday as they compete in the Yamacraw Run.

The 2019 Yamacraw Trail Races were successfully completed with approximately 650 runners enjoying a beautiful weekend in McCreary County. With four races scheduled and completed on April 6 and 7, organizers are pleased with the overall success of this year’s Yamacraw event-despite being forced to use alternative course routes for the 50K and 20K races due to extensive flooding along the Yamacraw section of the race route. As a result of the flooding, this year’s 50K route stayed south of Rock Creek to avoid problematic areas such as Yahoo Falls, Princess Falls, and the crossing at Rock Creek. In addition to the traditional 50K, 20K, and 10K races, this year’s Yamacraw event included the 1.5 mile Kids’ Run at Blue Heron for children ages 12 and under.
This year’s top 50K race finishers include first place male finisher Zack Bevin, age twenty-four, from Lexington and forty-two year old Alondra Moody from Andersonville, TN in the female division. Bevin and Moody finished the 50K race with times clocked in just split seconds over 3:30 and 4:40 respectively. Additional racers finishing in the top three slots of the 50K include racers from Nashville, Chicago, and Knoxville. Among local runners competing in this year’s Yamacraw, Aiden Tucker and Zach Gibson finished in the top ten of the 10K race, and Whitley City’s Lisa Blevins completed the 50K.