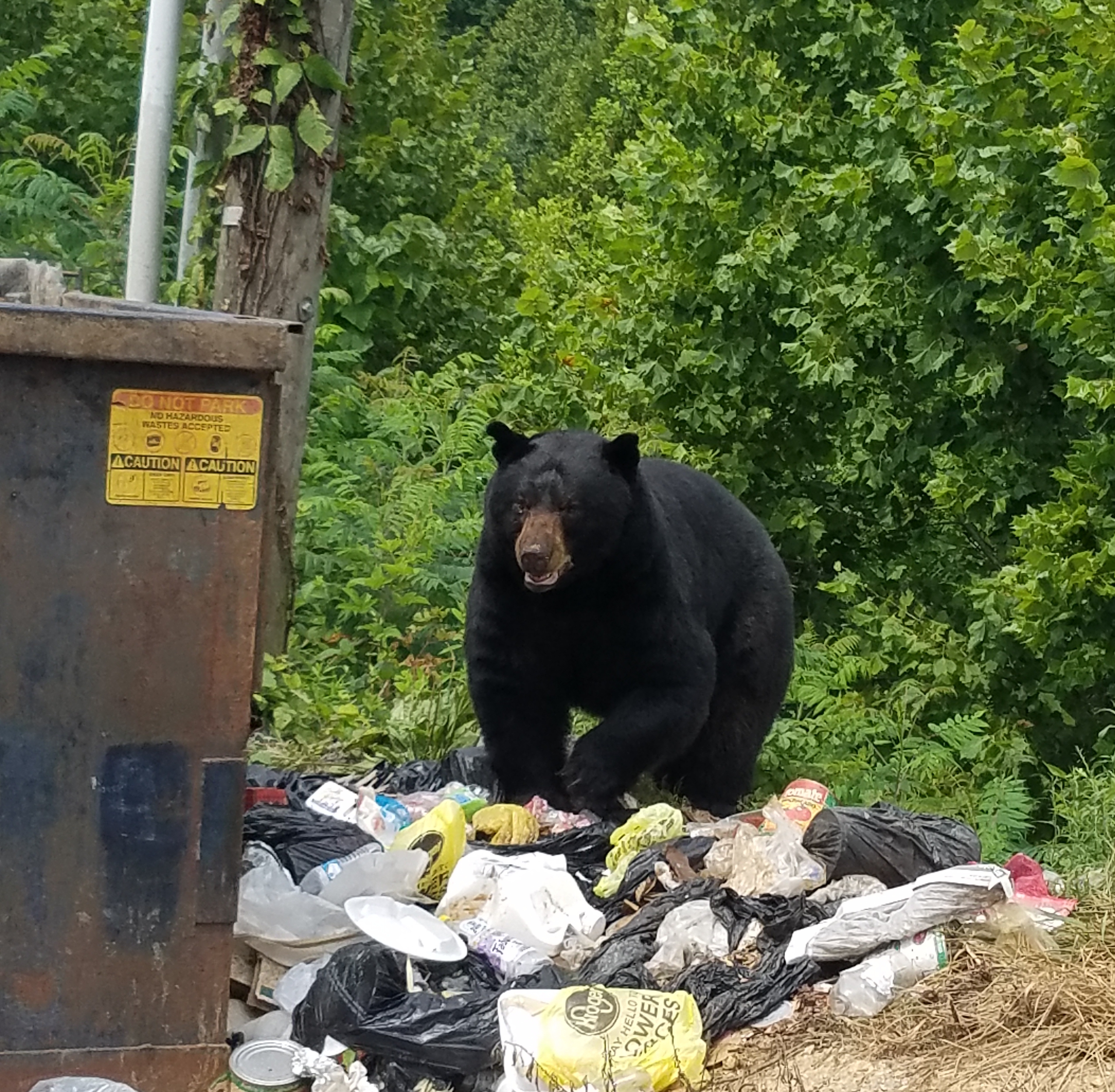 The arrival of spring means bear activity is on the rise in Kentucky. An increase in activity can also mean an increase in bear complaints for those living in areas with established populations.
For those experiencing bear problems, it may be easier to change your own habits, rather than trying to change the bear’s habits.
Most bear problems center around food, according to John Hast, bear program coordinator for the Kentucky Department of Fish and Wildlife Resources. To a bear, your garbage or an open dumpster can equate to a quick and easy meal. Even food scraps thrown out to bears in parks can create a problem.

“We’ve found that time and time again, a fed bear is a dead bear,” Hast said. “A bear that is used to human food, whether it’s scraps or garbage, begins to lose its fear of people. And that’s where the problems begin.”
Department staff must euthanize a few bears each year because they presented a potential danger to the public after being fed by humans. Hast said communities working together can prevent this kind of outcome.

“How can people help keep the wild in wildlife?” Hast said. “The solution can be as easy as not putting your garbage out until the morning it’s picked up. A garbage can set out overnight is a tempting target for a bear, and teaches them that humans are a source of food.”

The need for bear awareness now extends beyond the mountains of eastern Kentucky as the state’s bear population expands. Because young male bears displaced from their home areas may wander widely in the spring and summer, it’s possible to see a roaming bear anywhere in the state. Several young, male bears typically make their way through the Bluegrass region each summer offering a few fleeting glances for folks along the way.
“Most of the bears that travel though central and west Kentucky are typically males that got kicked out of the breeding range in the mountains during May and June,” Hast said. “We had several bears move through central Kentucky last summer, and a few others that remained in western Kentucky through the fall months.”
Residents in bear areas can do more than just keep their garbage in a secure location until pickup. Other suggestions for making an area less attractive to bears include:
• Only feeding outside pets what they will eat at one sitting, and not leaving pet food out overnight.
• Removing birdfeeders in spring and summer. Birds have plenty of natural foods available at this time of year.
• Keeping grills clean and changing drip pans frequently.
• Throwing food scraps in the trash, not a yard or fire pit.
• Surrounding beehives with an electric fence, an effective bear deterrent.
• Feeding a bear is against the law in Kentucky. Call 1-800-25-ALERT if you spot someone doing this.
Kentucky Fish and Wildlife maintains an extensive amount of information on its website. Go online to fw.ky.gov and search under the key words, “black bear” or go to www.bearwise.org.

“We all can help wildlife remain wild by being responsible with our food scraps and garbage,” said Hast. “A few small changes in our habits, like keeping garbage secure and inaccessible, can keep bears, coyotes and other animals that are only looking for an easy meal from becoming a nuisance.”