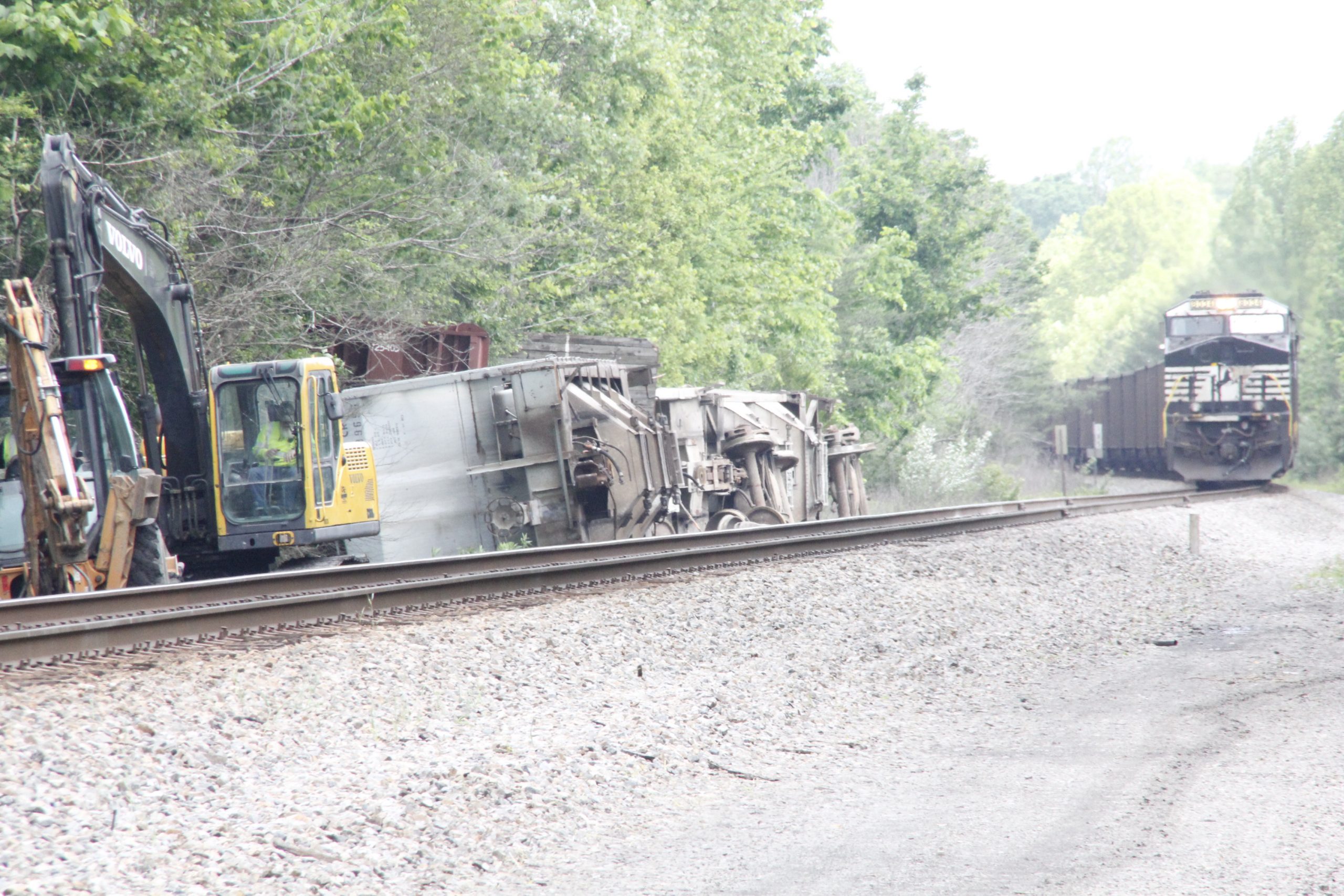 A Norfolk Southern train was involved in another incident in McCreary County Saturday morning after several rail cars derailed near Wiborg, causing delays for several hours at the southern entrance to Wiborg Loop.
According to Norfolk Southern four empty cars on a southbound train derailed around 9:00 a.m. Saturday morning. No injuries were reported as a result of the incident, and service resumed operating by 3:40 that afternoon after Norfolk Southern personnel cleared the track. The cause of the derailment is under investigation