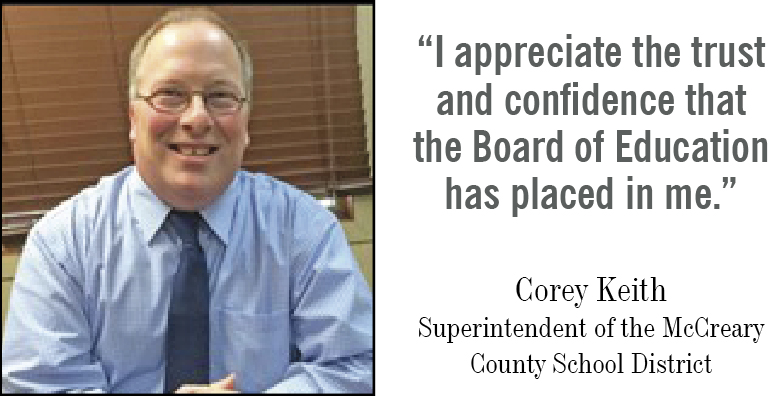 The McCreary County Board of Education began conducting interviews in their quest to name a new Superintendent of the McCreary County School District.
The first interview was held Monday afternoon in a special called executive session. As it was a matter involving personnel, neither members of the public nor media were allowed to attend. The Board will not release the names of candidates interviewed.
Additional interviews are expected to be held over the next few weeks, with the second one called for last night (Wednesday).
A total of 15 potential candidates applied for the position through the Kentucky School Boards Association, who helped with the search process. A screening committee consisting of six individuals spent the last month reviewing the applications and conducting background checks in their effort to narrow the field of candidates.
According to Board Attorney Tim Crawford the Search Committee recommended four potential candidates for the position to the Board last week in a special session. The committee was originally tasked with returning five to six names to the Board for consideration, but apparently felt only four stood out from among all the applications.

The Board intends to name a new Superintendent before June 15.