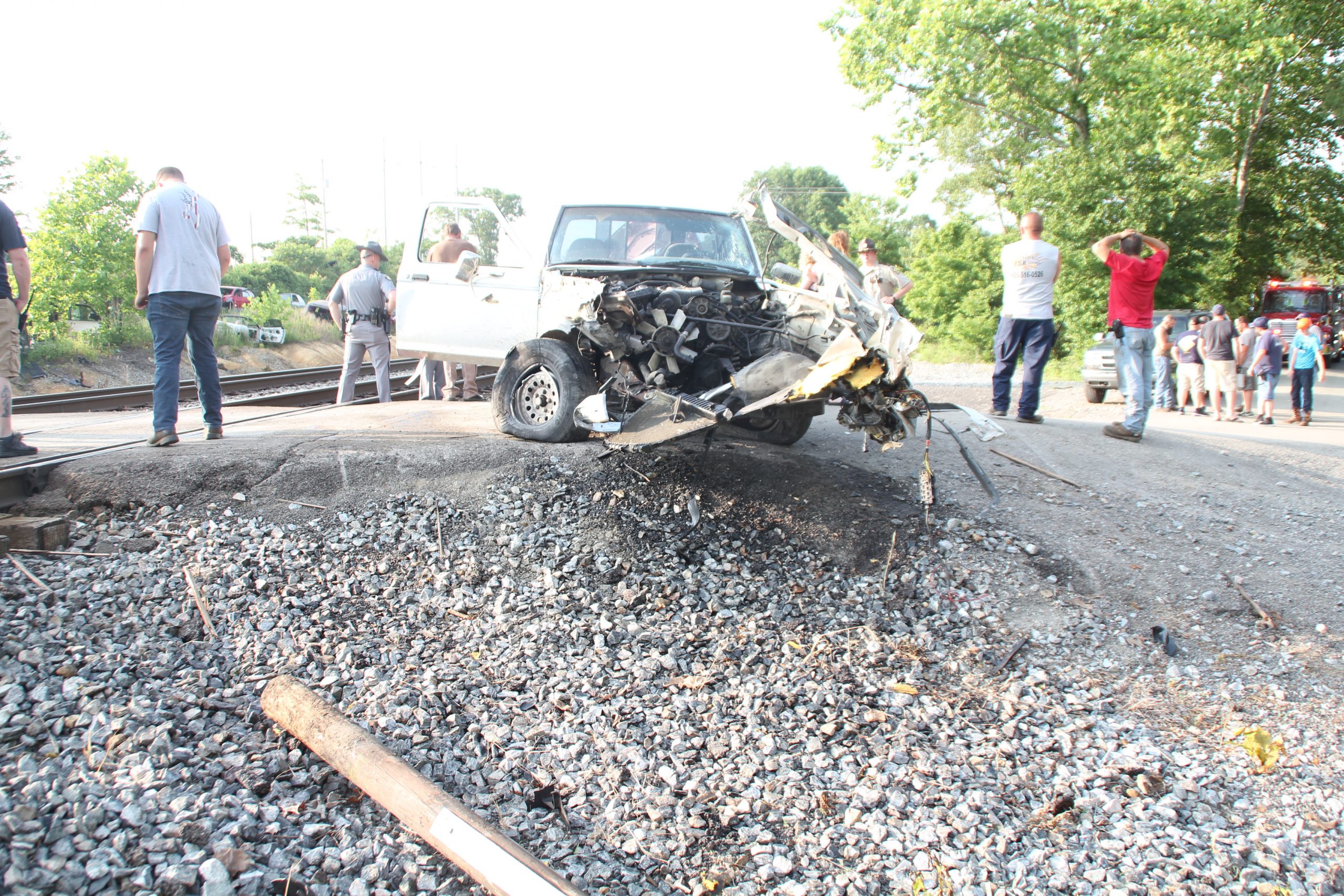 A family was lucky to escape serious injury in another car vs. train incident on Thompson Tapley Road Tuesday evening.
Sheriff Randy Waters reports that Anthony Cassidy, 25, of Somerset, was driving a Ford pickup towing a car on a trailer. The truck, apparently traveling at an unsafe speed and carrying extra weight due to the trailer, was unable to stop before reaching the crossing and crashed in to the side of the moving train. Neither Cassidy, nor his passengers, including a young child, were injured in the accident.
The engineer of the train was apparently unaware that the collision had occurred at the time and only stopped after informed of the incident by dispatch.
Train traffic on the rail line was stopped for a while as Norfolk Southern engineers inspected the crossing for damage.
Cassidy was arrested at the scene by Deputy Tyler Watkins for an outstanding Pulaski County warrant.
The Kentucky State Police is conducting the investigation in to the accident.

This was the second incident at that particular crossing in less than a month. On May 9 a man died after being struck by a train at the same location. There are no warning lights or crossing guards at the scene.