“The USDA and DOL have provided very little information on why they have designated Pine Knot and these other centers for closure, and even less information to the many Forest Service employees who will lose their jobs in just a few months’ time.” 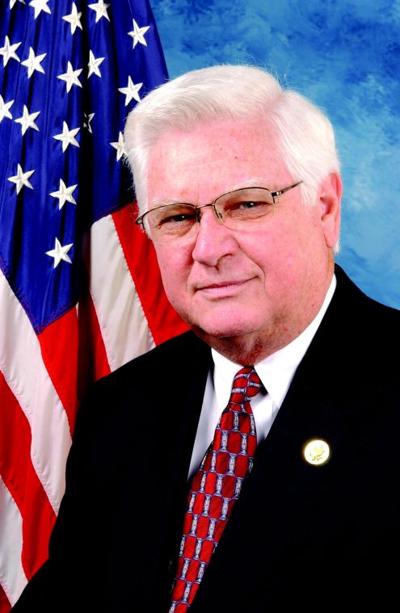 Congressman Hal Rogers and Senator Mitch McConnell both have stepped in to the fray in the battle over nine Job Corps Centers across the country (including the one in Pine Knot).
Last week, Rogers, who represents Kentucky’s Fifth District, announced his support of an amendment filed in the United States House of Representatives. The Newhouse Job Corps Amendment would block funds from being used to transfer operations from Department of Agriculture to the Department of Labor, as well as prevent their closure and alteration.
Representative Dan Newhouse, a Republican out of Washington state, introduced the amendment to the 2020 agriculture budget last week, and it already has passed the House Appropriations Committee with the help of Rogers’ support.
Rogers and several of his colleagues also sent a joint letter to USDA Secretary Sonny Perdue and DOL Secretary Alexander Acosta on Wednesday in opposition of the proposed terminations, requesting a new path forward to sustain the programs.
“The USDA and DOL have provided very little information on why they have designated Pine Knot and these other centers for closure, and even less information to the many Forest Service employees who will lose their jobs in just a few months’ time,” said Congressman Rogers. “I have enjoyed being a part of several Job Corps events over the years and seeing the impact of these programs on both the young participants and the communities they serve. The Civilian Conservation Centers are an important part of the Job Corps’ mission tailored to the needs in our National Forest system.”
Kentucky Senator and Majority Leader Mitch McConnell has also released a statement voicing his opposition to the proposed closures, which would impact two centers in his District – Pine Knot and Frenchburg. In a press release Senator McConnell stated he haf contacted the respective Labor and Agriculture Secretaries to urge them to reconsider the closures.
“DOL’s Job Corps program plays an important role in educating and training our nation’s disadvantaged youth. This is especially true in rural and economically depressed areas throughout the nation, including areas of Kentucky served by these CCCs,” said Senator McConnell. “These distressed Kentucky counties, with unemployment rates above the national average, need more support, not less. I strongly urged Secretaries Acosta and Perdue to reconsider their planned closures and to work with me to encourage economic growth and job creation in Edmonson, Menifee and McCreary counties.”
McConnell’s release also included a comment from Larry King, a McCreary resident and former President of CCC’s and past-President of the National Forest Service Council.
“From all the employees, students, and communities who benefit from Kentucky’s CCC’s, I’m so thankful for Senator McConnell’s support of our program,” King said. “Over the years, Senator McConnell has demonstrated his leadership for Kentucky workers and families countless times, and we are so grateful to have him as our voice in Washington.”
Local leaders are also encouraging citizens to comment on the proposed closure of the Pine Knot Job Corps Center by visiting: https://www.regulations.gov/document?D=ETA-2019
-0003-0001. (After clicking the link, go to the blue comment button on the top right side of the page.)
Among 123 Job Corp programs nationwide, there are 25 Job Corps Civilian Conservation Centers dating to 1964 that are operated by the U.S. Forest Service in rural areas within or near forestlands. These centers focus on training in natural resources conservation and natural disaster assistance.
Last month, the U.S. Department of Labor proposed that nine of these sites would be shuttered while the remaining 16 would be transferred to contractors.
The Pine Knot center has 63 full-time and contract employees, which have an annual payroll of about $4.26 million. The center has a capacity of 150 students, who learn skills such as urban forestry, culinary arts, carpentry, welding and others.
The students have participated and provided services in many local events and projects, as well as engaged in forest firefighting efforts nationwide.