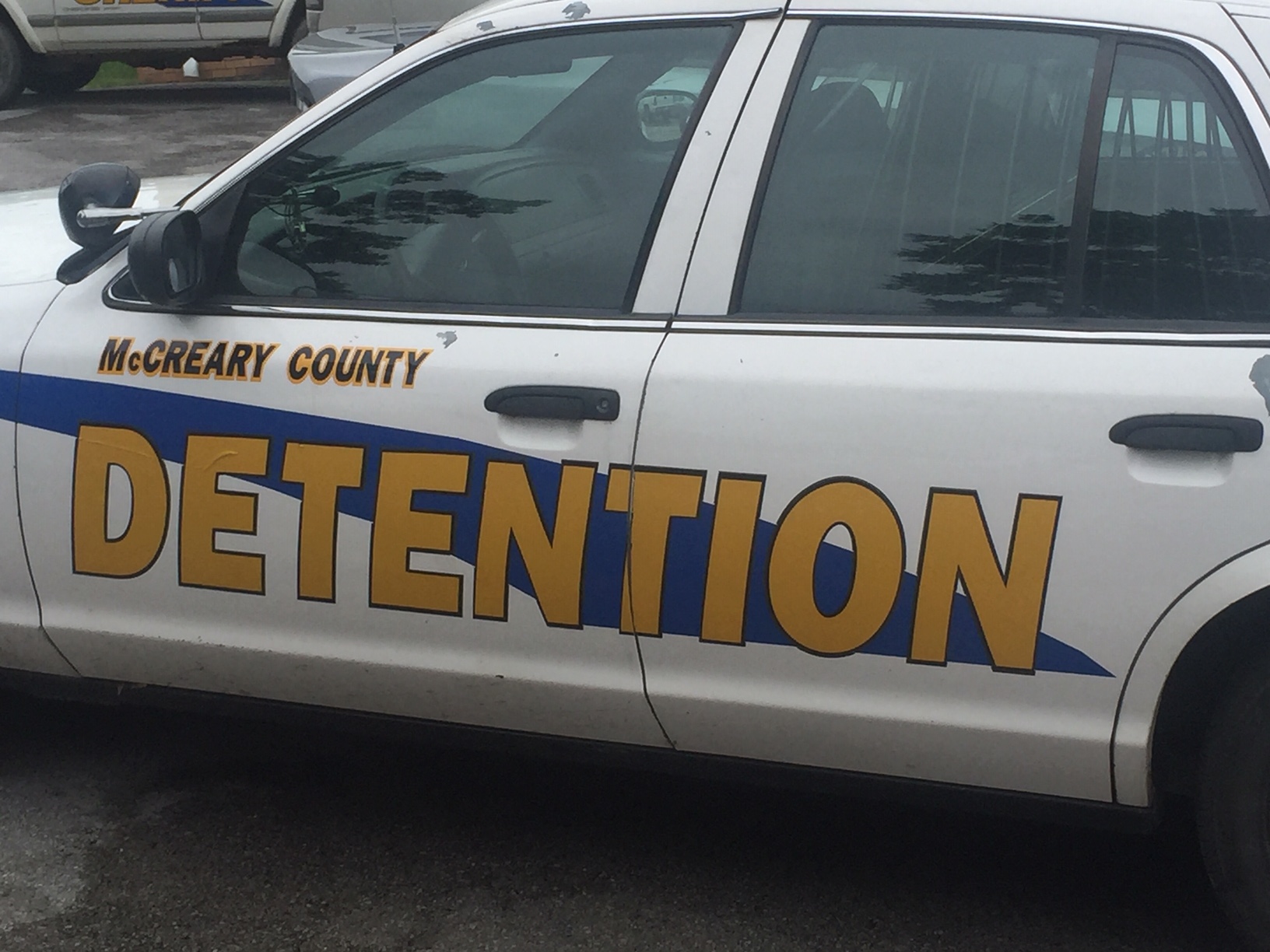 Whitley County Jailer Brian Lawson presented a proposal to the McCreary County Fiscal Court last week that could potentially save the county more than $40,000 a year in jail costs.
During the June meeting of the Fiscal Court Jailer Lawson introduced an agreement to house McCreary County prisoners at the Whitley County Detention Center, which would remove some of the difficulties in housing prisoners at the Leslie County Detention Center.
Since the jail closed several years ago, McCreary County had struggled to find a place to house its’ prisoners. At first, jails like the ones in Whitley, Wayne and Pulaski counties took some of the inmates, but issues such as the lack of timely payment and available space forced county officials to look elsewhere for inmate housing.
Leslie County came to the rescue a few years ago, offering to take our prisoners for just $30 a day. While the facility and Jailer Danny Clark have been more than accommodating and helpful to the cause, the cost of transporting arrestees nearly 100 miles away has caused concerns.
Thursday night Lawson proposed taking over the housing of McCreary prisoners at a daily rate of $31.34 per day, $1.34 more than is currently charged in Leslie County. While that increased rate would result in higher housing costs, the County could potentially save money with decreased transport costs. McCreary County Sheriff Randy Waters has stated that if prisoners were to be housed in Whitley County, his deputies could transport prisoners after an arrest – eliminating the need for many transport officers.
There will still be a need to keep a few officers on staff, as they would be needed for transports for Court appearances and transports to other facilities.
That need would also be lessened by the availability of tele-conferencing for inmates needing to appear before the Judge for arraignments.
Not included in the proposed contract was a “stipend” or “administration fee” for the Whitley County facility. Jailer Lawson mentioned the stipend, stating he would not implement it until the majority of the prisoners have been transferred. (Whitley County would essentially trade their state inmates to Leslie County for the McCreary County prisoners.)
Lawson did not publically state the amount of the stipend he was seeking, but county officials say it would be $2,500 per month, or $30,000 per year. It is unclear Lawson’s reason for implementing a stipend, as the mechanics for housing an inmate is already in place at the facility. Additionally, the Whitley County Jail would not be losing income from transferring state prisoners to other facilities, as the daily rate for state inmates is the same $31.34 per day as they would charge McCreary County.

In addition to the cost savings, McCreary County would also see a dramatic decrease in liability due to the shorter distance to the facility. A one-way trip to the Leslie County Jail is just under 2-hours travel time and over 90 miles. From Whitley City to the Whitley County facility a one-way trip is just under 25 miles and takes about 30 minutes.
All told, if the Fiscal Court approves the move, even with the extra stipend, the County could potentially save $40,000 or more annually in jail costs. (See accompanying article for a more-detailed breakdown of costs and potential savings.)
Lawson admitted that the process of transferring all the prisoners would take several months to complete, but once a contract was signed he was ready to take all new prisoners, while beginning the process of transferring state inmates.
Questions remain about the space availability in the jail, as Lawson admitted that he had a duty to take Whitley County prisoners first. If the jail has no room for new inmates, where would McCreary County have to take inmates?
According to the June 13 weekly population report provided by the Kentucky Department of Corrections, the Whitley County facility has a current population of 312 inmates in the 184-bed facility and is at 159-percent capacity. Leslie County, a 141-bed facility, has 287 inmates incarcerated, and is at 149-percent capacity.
The Fiscal Court could make a decision on the contract this week.
On a related note, Magistrate Bill Hale voted against the hiring of a part-time transportation officer, stating he was unsure if how the County pays the position is legal. Currently the officers receive $54 per trip, designated at $13.50 per hour for a total of four hours. Despite the nay vote, the motion passed 4-1.
In other Fiscal Court action the bids for goods and services were opened and revealed publically. The bids, for items such as culverts, gravel and fuel, will be awarded during a special session called for today (Thursday) at 3:00 p.m.
The special session will also contain the second reading of the 2019-2020 county budget, awarding a bid for animal control and possibly a decision on the Whitley County Jail proposal.
The Fiscal Court also approved a resolution supporting a grant proposal with Kentucky Homeland Security for the purchase of 10 tasers for the Sheriff’s Office.
During the Department Head Update portion of the meeting, Occupational Tax Administrator informed the court that five past-due accounts from Occupational Tax payees had been sent to a collection agency, but only one had been making payments. When Magistrate Roger Phillips asked how many accounts were past due, Tucker responded that there were about 100 more that were delinquent. Phillips asked Tucker to send all delinquent accounts to the collection agency, noting the County was not receiving any money from those accounts, so any money collected – even with the agency’s fees deducted, would be a net gain.

Beyond the special session for Thursday, the next regular session of the McCreary County Fiscal Court will be on Thursday, July 11 at 6:00 p.m. That meeting will be the first of the new fiscal year.

Would a move to Whitley County save money? 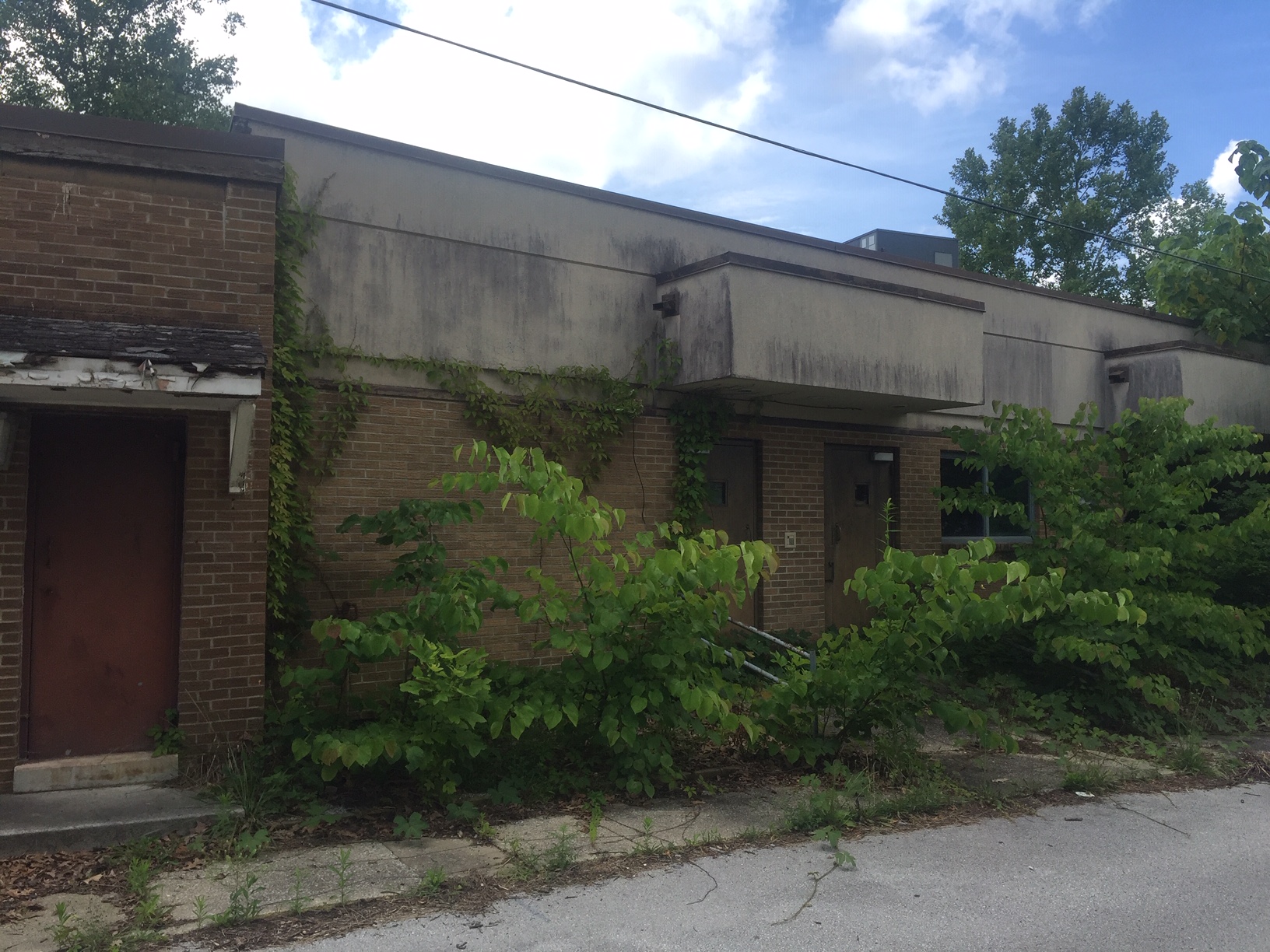 Whitley County Jailer Brian Lawson’s proposal to house McCreary County prisoners could potentially save the county $40,000 or more annually in housing and transport costs if accepted by the Fiscal Court.
The Voice obtained data on all prisoner and jail rated expenses for the past 12 months (June 1,2018 through May 31, 2019) from the McCreary County Judge Executive’s Office to examine costs for the year and used that data to extrapolate an estimated annual expense if the Whitley County proposal is adopted.
The data shows total McCreary County jail costs for the 12-month period were $1,033,437. That total includes housing, transports, medical, fuel costs and maintenance of vehicles. A savings of about $40,000 would account for about four-percent of the cost.
Under Jailer Lawson’s proposal, county prisoners would be housed at a rate of $31.34 per day, slightly more than the $30 per day currently charged by Leslie County. If all county prisoners from the last year were to be housed at the Whitley County rate, it would cost the county nearly $40,000 more annually.
The actual Jail expenses from June 2018 through the end of May 2019 show McCreary County had 2,013 prisoners incarcerated for a total of 28,842 days in various jails. The majority of the prisoners were housed in Leslie County, but several were placed in other jails, such as Wayne, Pulaski and others across the state. In housing costs alone, McCreary County spent just under $890,000 for the year. If the same number of prisoners and prisoner days were applied at the Whitley County rate, the county would spend an additional $39,990 in housing costs, for a total of $929,990.
The mentioned stipend, while not elaborated on during Thursday’s meeting, would add an additional $30,000 per year to the costs as well. There was not an explanation for the need of a stipend, as the rate for state prisoners is the same that would be charged for local inmates and there does not seem to be a need to hire additional staff.
Accounting for the extra housing costs, there would be a corresponding decrease in costs in transportation. According to the data obtained from the County Judge Executive’s Office, a total of $73,246 was spent on transport officer salary and pay for the past 12 months. An additional $28,000 was spent on fuel and maintenance of vehicles, for a total of $101,000.

With Sheriff Randy Waters stating his officers would transport most arrests directly, and County officials anticipating a similar response from the Kentucky State Police, there would be much less need for transport officers. (It is important to note that the Kentucky State Police has not officially stated they would transport prisoners.)
If both of those departments handle the bulk of transports, there would still be a need to maintain some transport officers for court dates and transports of prisoners to other facilities. Taking a very conservative estimate of a 75-percent reduction in transport salaries, and a corresponding decrease in fuel and maintenance, those totals would drop to about $24,000 annually.
Medical costs for McCreary inmates totaled nearly $36,000 last year, but that amount is independent of the place of incarceration and would most likely remain consistent.
Based on last year’s numbers and all things being equal, the County could potentially save as much as $42,000 per year in jail costs. The County could also reduce overall costs by changing how transport officers are paid. Currently, the officers are paid $54 per trip ($13.50 per hour for four hours). With the shorter distance and drive time the Fiscal Court could lower that rate to reflect the new situation.
Additionally, if the number of arrests per year decrease, or the need for transport’s by jail staff drop, the savings will increase accordingly. Conversely, if arrests rise, or there is need for more transport, the savings would be less.