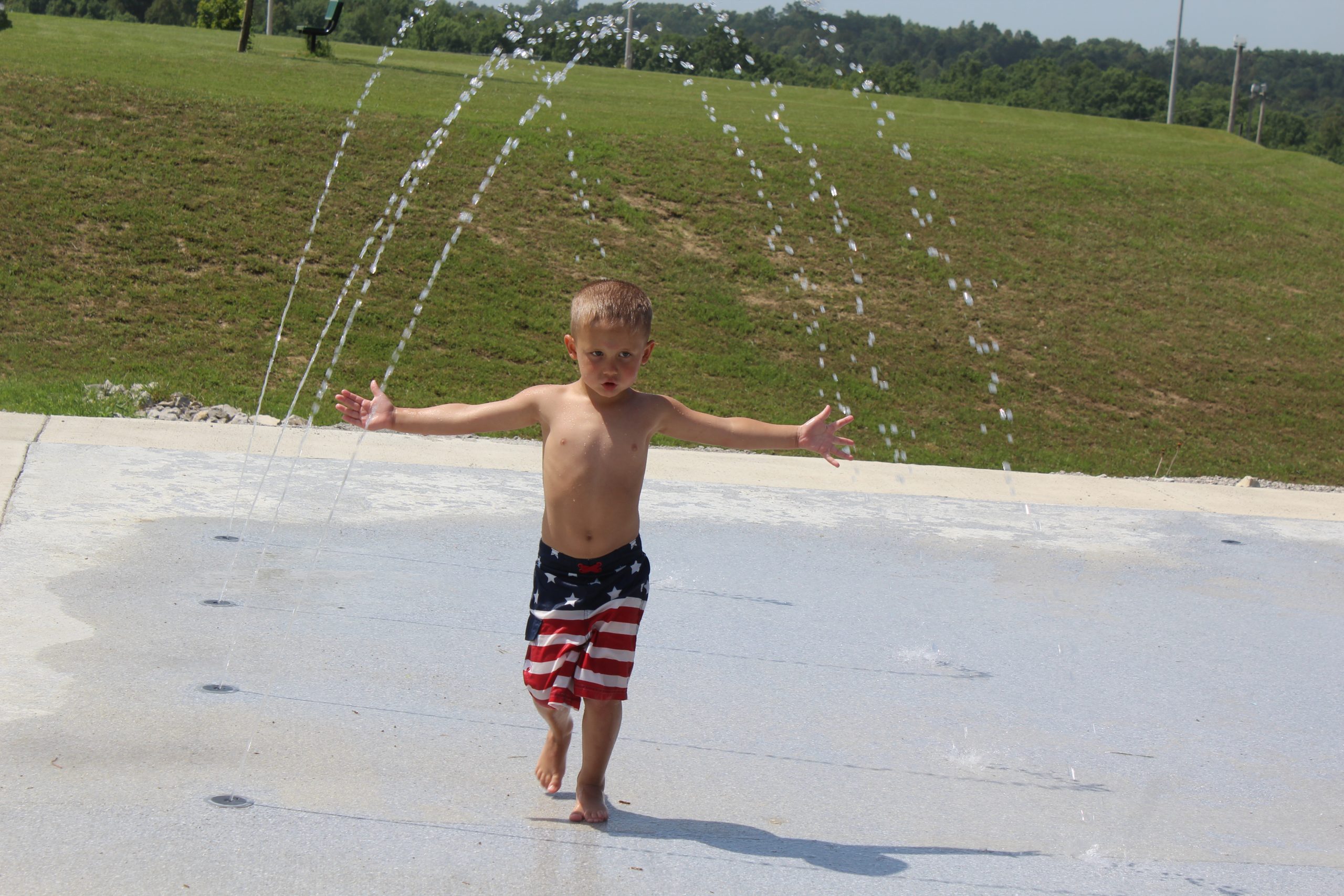 The splash pad at the McCreary County Park could finally be back in operation for the holiday weekend as County maintenance staff has mostly completed repairs and the installation of a new water circulating system. Now all that is holding off the grand re-opening is a final inspection from the Health Department.
Once that inspection is complete, the pad will be back in operation. Judge Executive Jimmie Greene II said the hopes are to open it by July 4.
As the summer months have been heating up, the splash pad has been uncharacteristically dormant as the Park Board had opted to completely change the system to re-circulate the water, as opposed to the direct system used for the past two years.
Faced with trouble maintaining the old system and concerns over the cost of water usage, the new re-circulating system should run more efficiently and significantly cut water usage.
When the first pad was designed it was planned to have a re-circulated water supply, but the proper permits were not acquired by the company installing the pad before breaking ground on the project, so a cease and desist order from the Health Department put a halt on further construction.
The McCreary County Park Board opted to go with a non re-circulated system, which eliminated the need for chemical treatment and chemical testing of the water. The pad has been in operations for the past two summers, but maintenance issues along with the cost of the water had prevented it from being used this year.
Since it was in operation with the old system, more than 500,000 gallons of water had been used each year – costing the Park Board about $2,000 a month.
The new system should reduce the water cost by about 75-percent.
When the splash pad was first proposed it was estimated to cost $65,000 and to be installed by Splash Pads USA. According to the McCreary County Judge Executive’s Office $39,000 of that was paid through private donation. The County refused to pay the remainder due to the lack of obtaining proper permits by the company. That balance has never been attempted to be collected.

The repairs and changes to the system this year have cost just over $10,000, with all the cost coming from the Park Board’s special projects budget. There may be some minor additional costs accrued before the project is completed.