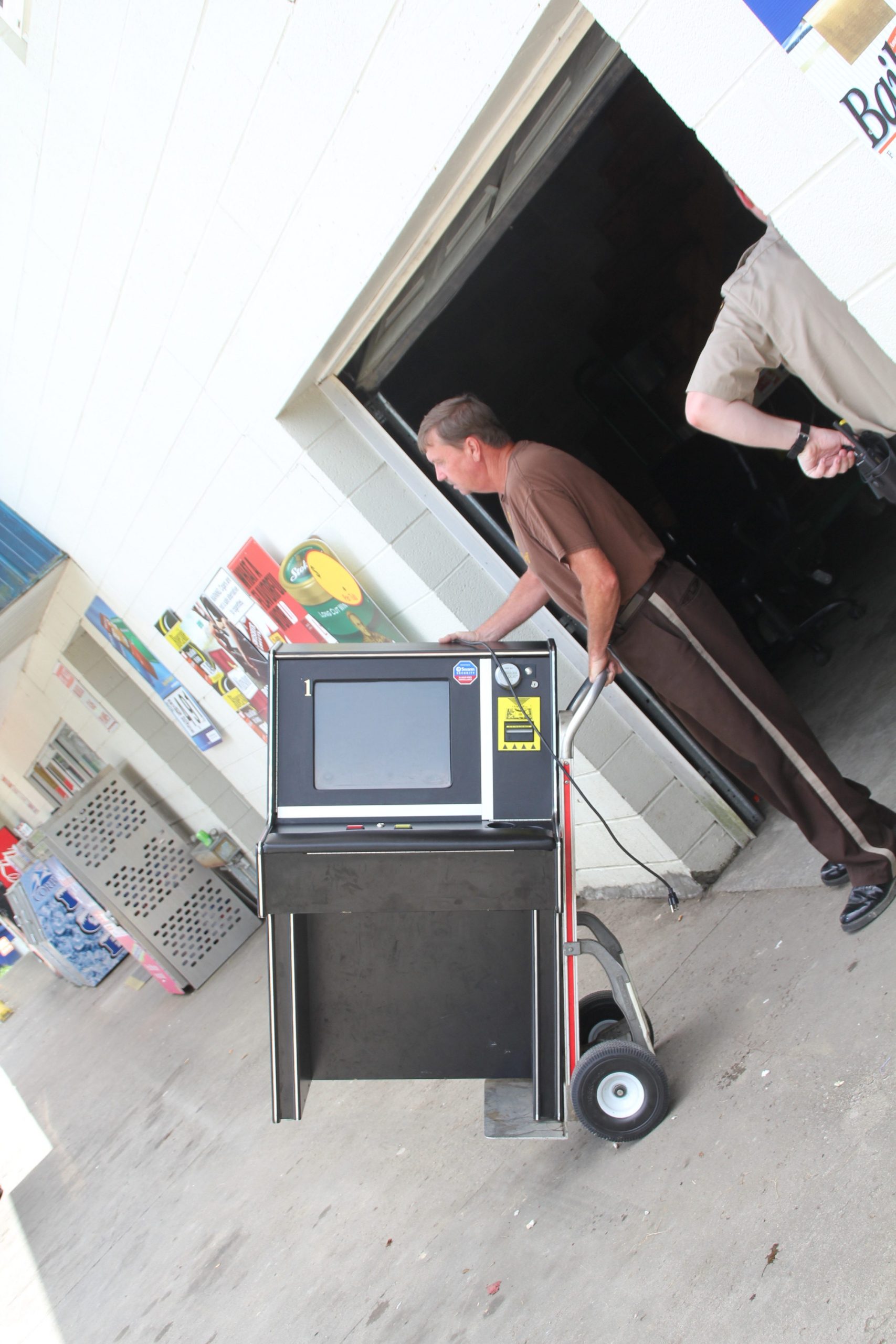 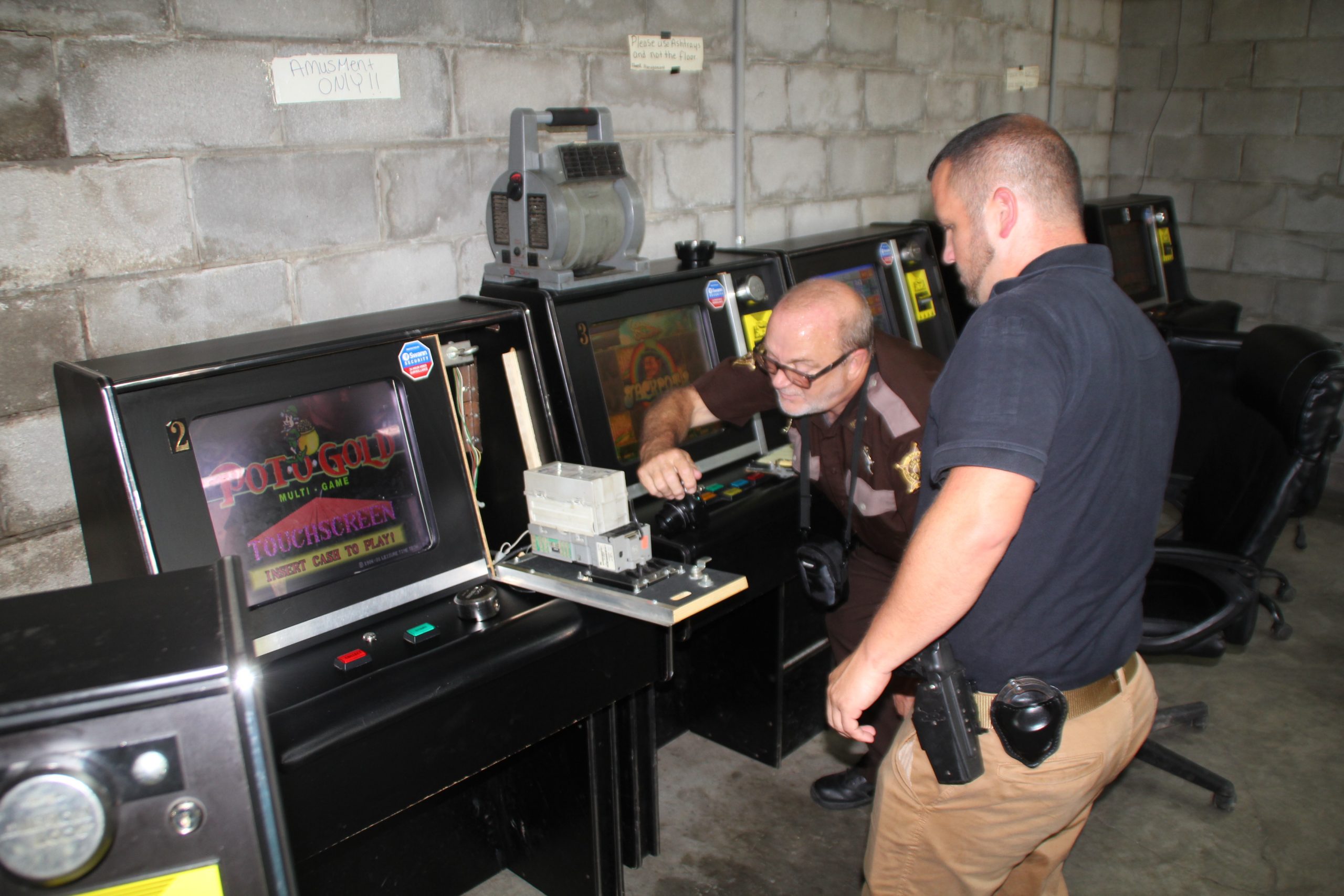 McCreary County Sheriff Randy Waters’ office, along with the Kentucky State Police, seized a dozen illegal gambling devices from Ron’s Market on Highway 90 Tuesday afternoon.
“We have had several complaints of possible illegal activity going on at that location for months now,” Sheriff Waters said. “Two months ago we began an investigation, using undercover officers to look in to the allegations.”
“As a result of the investigation we obtained a search warrant to go to the location and confiscate the illegal devices.”
10 video slot machines, one pool table and one coin-dropping device were seized and taken as evidence. The machines were located in a garage-type building adjoining and connected to the store. Depending on the outcome of the court case arising from the seizure, the machines could be ordered destroyed or forfeited to the Sheriff.
The manager of the store, identified as Patel Ambalal, was cited for operating without an entertainment license, permitting gambling and 12 counts of possession of gambling devices. The charges are considered misdemeanors and could carry fines up to $500 and up to 1 year in jail.
Sheriff Waters was assisted at the scene by deputies Tom Smith, Dustin Ridner, Tyler Watkins, Joey Braden, Terry Baker, Darrell Loudermilk, Freddie Patrick, along with KSP Detective Billy Correll and Trooper Craig Reed.

The Sheriff noted the investigation into the location is ongoing, along with investigations into other reported illegal devices in the county.