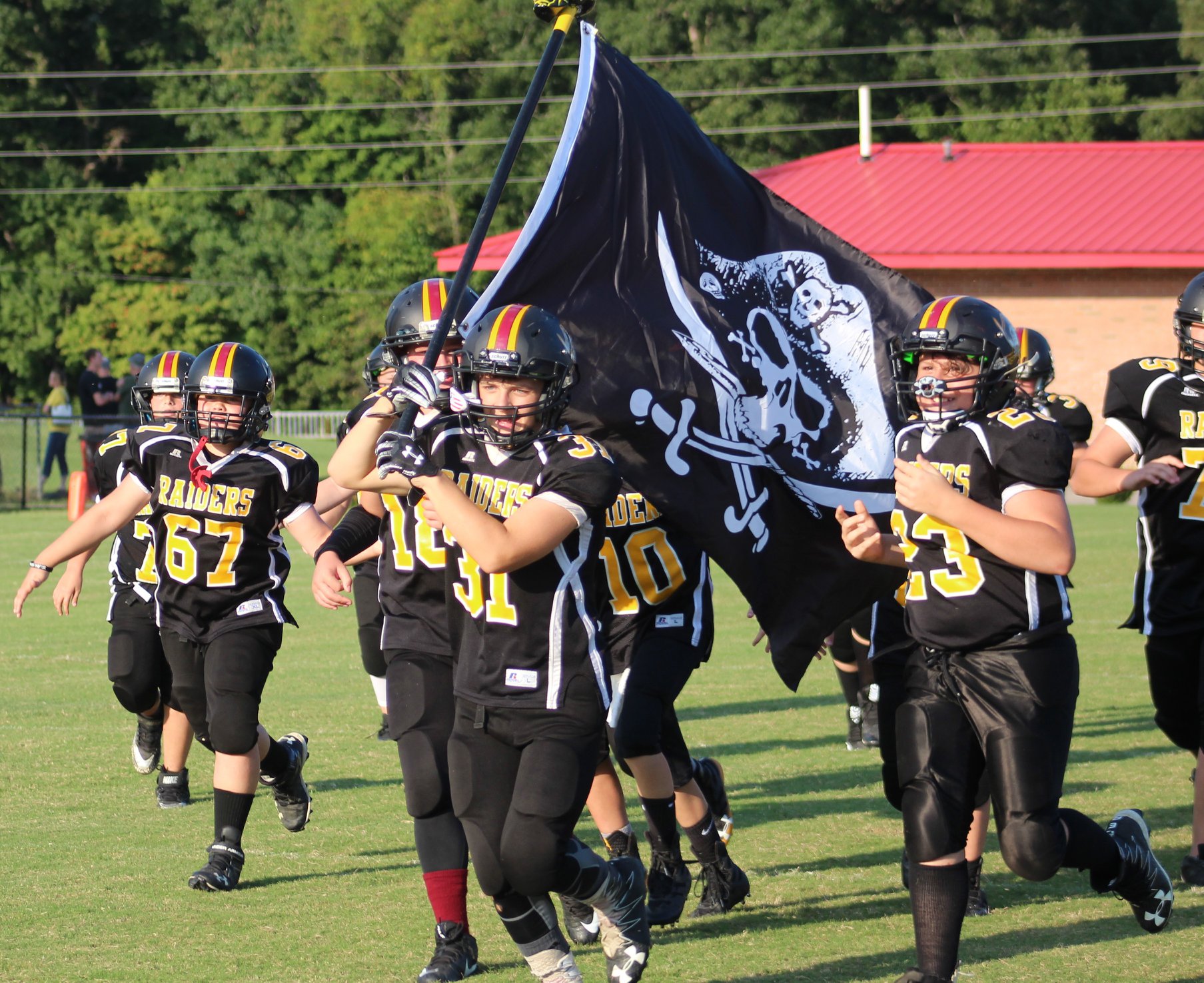 New McCreary County School Superintendent Corey Keith received a
baptism by fire in his first official meeting of the McCreary County Board of Education meeting Monday night.
A group of upset parents were on hand to question the decision regarding youth football in the county. The discussion in to the issue lasted nearly two hours as the Board listened to the concerns and tried to find a compromise that would satisfy all involved.
With the move to merge 6th grade students in to the Middle School being made earlier this year, there were apparently some consequences not anticipated by the Board or District, particularly when it came to youth football in the county.
The plan was to use the incoming 6th grade players to bolster the roster of the middle school team, allowing the school to field a “B” team comprised of 6th and 7th grade players. Due to low participation numbers the middle school had only been able to field an 8th grade team in recent years, with 7th grade players “playing up” on the squad. Reportedly plans were underway to add 6th grade games to a schedule to allow for all of the younger players the opportunity to get playing time.
That decision was questioned because doing so would drastically impact the 5th and 6th grade recreational league teams in the county. Additionally, the parents complained that they only learned about the change last week, not leaving much time to make adjustments before the seasons began.
Previously, both elementary schools fielded youth teams participating in recreational leagues offered in Whitley County and Pulaski County, and have achieved some success. Last year the North McCreary (WCE) K-2 team won a championship, and the Pine Knot 5-6 squad nearly claimed a title of their own.
Neither group of teams are directly related to the school system, though the Board has provided support in the form of coaches salaries and equipment.
Removing the opportunity for 6th graders to remain on the squad they had competed with since kindergarten would effectively eliminate the team since there wouldn’t be enough players to field a full and competitive squad comprised of only 5th graders.
Also, the parents warned, even if enough players could be found to play, they would be at greater risk of injury due to age and size differences.
The parents, mostly representing the 5th grade players, said the move was unfair to their children.
“I feel like the 5th grade is being punished,” Brian Kiser said. “Why is it fair to make the 5th grade play against a 5/6 team?”
Former Board member Brandon Kidd, also a parent of a 5th grade student, said the young men had been playing together since kindergarten and had formed a bond that made them a stronger team.
“Kids who were playing for a championship last year, now suddenly will find themselves playing against bigger and older players,” Kidd said. “Can parents have the choice? If it ain’t broke, don’t fix it”
Noah Duncan, a MCHS graduate and former player on youth teams, said youth football was a tradition in McCreary County and built better players and instilled confidence in the youths.
The Board members, many of whom were only just learning about the change, questioned how the decision was made, and how it would affect the youth football program.
Athletic Director Robert Jones stated the decision came about at the request of a “previous” superintendent, and he only did what he was asked to do.

Board Chair Dustin Stephens said he understood the position of the upset parents, but he was concerned about making a fair decision. He noted if the Board blocked the plan, he would have parents of 6th grade players upset at their children not having the ability to play on the middle school team.
Board members Lori Foster and Debbie Gibson expressed their concerns about the negative impact – essentially creating a 7th grade team at the expense of the 5-6 team.
“Is it really worth it,” Foster asked. “What happens next year if we lose our feeder program?”
Gibson advocated giving the parents and player the opportunity to make their own decision on where to play.
“I believe parents know what’s best for their kids, academically and athletically,” she said.
Mark Jones, Coach of the Middle School Team stated he would be able to field a “B” team this year if he was able to add about 5 to 6 6th grade players to the roster. Such a move would allow the majority of the 6th grade players to remain with their youth team.
Board Attorney Tim Crawford noted that while the Board itself could not directly involve themselves in deciding on where the kids could play, they could make a policy governing how the issue would be handled.
Gibson and Foster made a motion to add the issue to the agenda and offered a compromise solution – – allowing the 5th and 6th grade team to continue as a unit, but allowing for parents to decide if they wish to allow their kids to play for the middle school team.
Parents who wish to have their child pay on the middle school team will now have to sign a waiver and contact Coach Jones. Both Whitley City Elementary and Pine Knot Elementary 5-6 grade teams will combine and play as the Pine Knot team in Whitley County.
Following the discussion citizen Stephanie Spradlin had questions for Mr. Keith. She asked how he planed to get more parent involvement in attending Board meetings, and if he was in favor of equality for students with special needs.
Keith said he wanted to start posting the monthly agenda on social media and wanted to create a community advisory council to help foster stronger relations between the district and community.
He also said he cared very much for students with special needs, and wanted to ensure they had the resources needed to succeed.
“I believe students with disabilities can achieve great things,” he said.

In other Board actions Monday: The Board approved the 2019-20 salary schedule and staffing plan, including adding a preschool teacher and two instructional assistant positions at Pine Knot Elementary, an emergent reader tutor, a district-wide athletic trainer position and two assistant basketball coaches at the middle school.
The Board also approved the latest pay applications for the roof repair projects underway at Pine Knot Elementary and the high school.
The next regular scheduled meeting of the McCreary County Board of Education will be on Monday, August 26 t 6:30 p.m. in the Central Office.