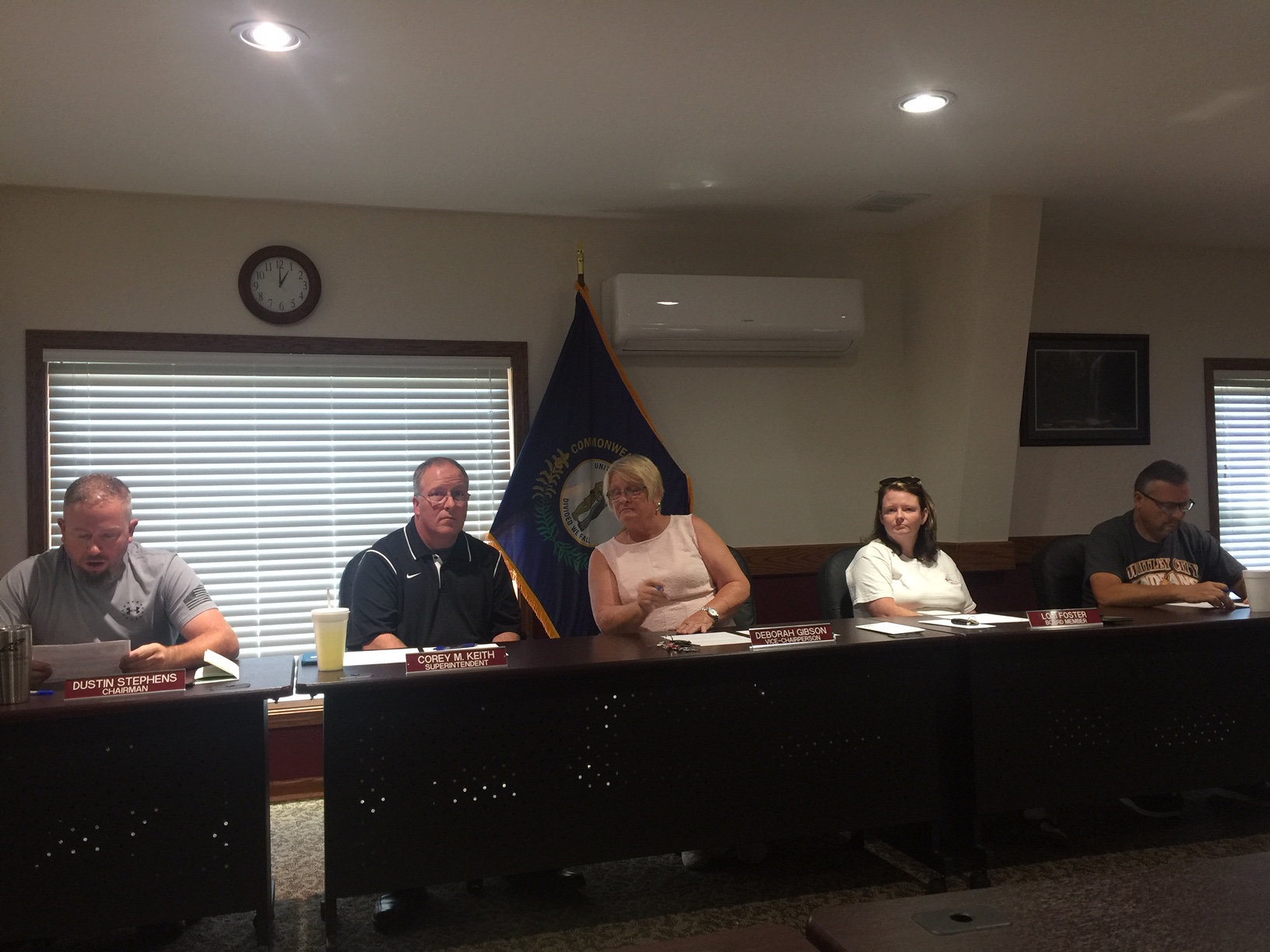 After failing to reach an agreement with Sheriff Randy Waters concerning School Resource Officers (SRO’s), the McCreary County Board of Education met briefly Monday afternoon to take the step of having the officers declared Special Law Enforcement Officers (SELO’s).
In the brief meeting the Board approved the second reading on the District’s policy concerning SRO’s, part of the requirements from Senate Bill 1 passed this year to strengthen school safety.
The Board also authorized Superintendent Corey Keith and Board Chair Dustin Stephens to have the officers commissioned as SELO’s through the Kentucky Justice and Public Protection Cabinet.
Keith explained the officers will have to be certified through the Cabinet, but hoped the process would be expedited due to school starting in less than 2 weeks.
The only major difference between how SRO’s operate – as opposed to the new duties outlined in SB 1 – will be the lack of a bond from the Sheriff. The School District will now be responsible for bonding its own officers.
Sheriff Waters told Keith he would no longer be responsible for the bond of the officers due to a concern over liability. The Sheriff has pledged to keep the bond on the SRO’s until the District is able to get the officers certified.
Under Senate Bill 1 SRO’s are not only intended to provide security for schools, they also will have expanded duties, such as having more interaction with students to educate them on risks and safety. They will be required to have at least 40-hours of training each year in subjects such as threat assessment and response, social media and cyber security, youth mental health awareness, trauma-informed action, and de-escalation strategies.
Special Law Enforcement Officers will have all the powers of regular police officers while on school grounds or acting on school related duties.
According to the most recent salary schedule approved by the Board of Education SRO’s work 8 hours a day for 185 days and earn a base salary between $26,270 and $28,416 annually. The Head SRO is paid an additional stipend of $2,000.
By comparison McCreary County Sheriff’s Deputies, paid through the Fiscal Court, are paid an annual base salary of $23,753.60 for 260 days of work.