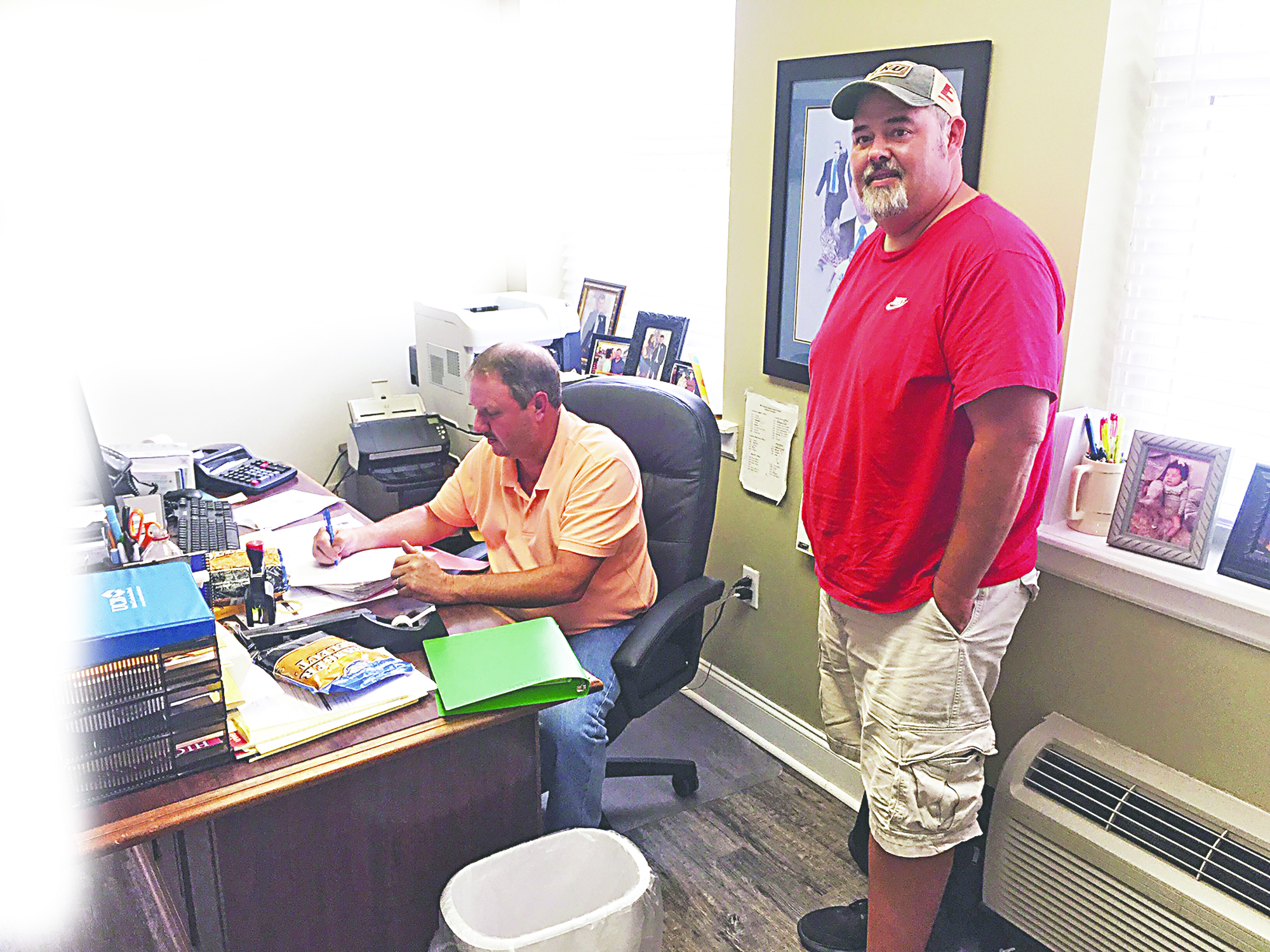 Organizers for the latest push to make McCreary County “wet” turned in petitions with 1,424 signatures to County Clerk Eric Haynes’ office Tuesday afternoon – the final day the petition could be submitted to be considered for the November General Election ballot.
Tony Hansford, who for the past several months, has been circulating the petition calling for a county-wide vote on the possibility of legalizing alcohol sales in McCreary turned in more than 100 pages of petitions Tuesday, just hours before the final deadline.
About 1,313 valid names are needed on the petitions to certify that the question will be added to the ballot. A successful petition requires signatures of at least 25-percent of total votes cast in the last General Election. That election, held last November, saw 5,251 voters head to the polls locally.
Hansford said he has spent the past several days independently verifying names on the petitions to ensure more than enough of the signees are registered voters in the county. Haynes’ Office will still have to go through the process again, but Hansford feels that there are sufficient signatures for the vote to move forward.
Haynes said he hopes to have the process of verifying the signatures completed in about a week.
Hansford is optimistic that if the vote is allowed to happen this fall that there is a better chance of it passing than three years ago.
He stated that he has received a lot of positive feedback since starting the petition drive, and has heard from more than a few people that their opinion on the issue has changed since the last vote.
“A lot of people who were against it last time have changed their minds on it,” he said.
If the signatures are verified, and sufficient numbers reached, the question: “Are you in favor of the sale of alcoholic beverages in McCreary County, Kentucky?’” will be added to the ballot for the November 5 election.
Hansford added that he would be reaching out to local business owners and private citizens to help publicize the vote to help push his referendum forward.
With new laws passed in the past few years pertaining to alcohol elections in Kentucky counties and cities there will be some differences in this possible election as opposed to ones in the past.
This will be the first time the alcohol question will be included on the ballot in November instead of a special election needing to be held. As this election will feature state-wide races such as Governor and Secretary of State, which could help drive voter participation.
This year marked the three-year anniversary of the last county-wide alcohol referendum. In 2016 3,914 voters turned out for the special election, with a 32-vote margin deciding the issue. In 2012, the time previous, more than 5,000 citizens voted, with similar results – a 47-vote difference. The margin in both elections was less than one percent, leading many to think a third election may make the difference.
If the petition is successful, and voters approve the measure in November, the County would have to establish its own ABC Board, which would be responsible for outlining the exact parameters of alcohol sales locally. The Board could establish a limited number of locations eligible to sell beer, wine or spirits in package sales. It could also outline restrictions or prohibitions on bars or restaurants.
County Clerk Haynes, who is busy preparing for the election, reminds citizens if they have any questions about their registration status they can contact his office or visit the Secretary of State’s website to check their voter status.