Just a week in to the new school year it appears there may be a lack of communication within the McCreary County Board of Education as at least two Board members are questioning the circumstances behind the sudden resignation of Board Attorney Tim Crawford this week.
Board members Deborah Gibson and Lori Foster both have expressed concerns over the motives and reasons behind the resignation, while the attorney himself states the decision was made voluntarily by himself.
Gibson made a public post on Monday (since removed on her own accord) accusing Board Chairman Dustin Stephens of orchestrating the removal of Crawford behind the scenes.
“Our bd (Board sic) attorney step down today because the bd chair told him he had three votes to let him go,” Gibson posted. “He did a good job for our school system, but without a meeting, without letting me know what he as going to do, he did it. I found out today after the chair had already got rid of him.” 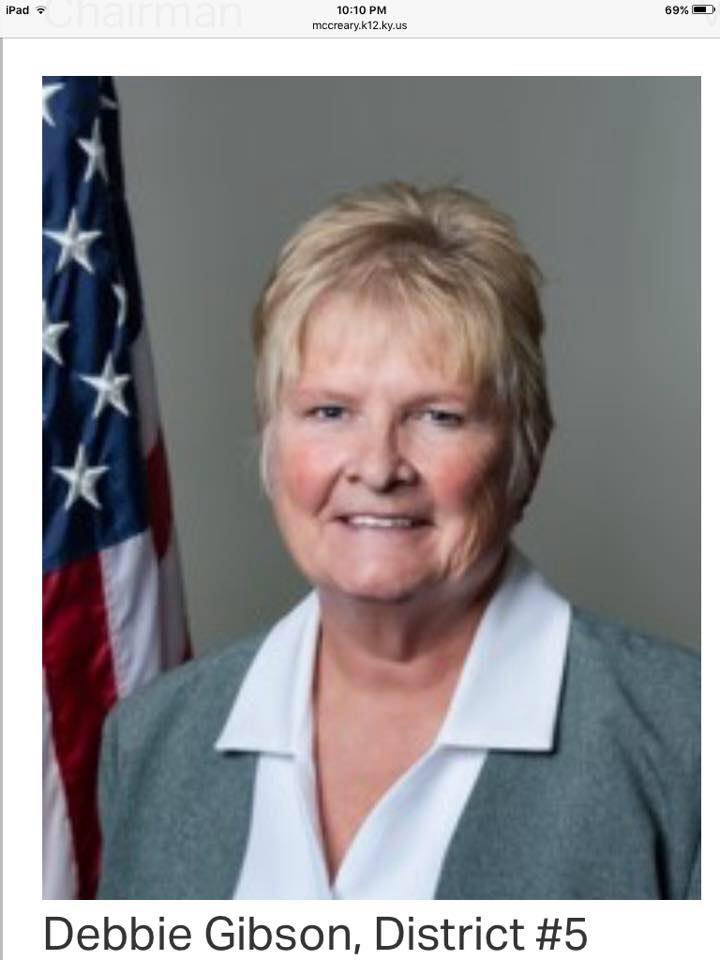 “You say what’s the problem(?),” Gibson wrote. “The problem’s who is next(?) When does it stop(?) It makes me sick that transparency is a word they use, but it’s a lie.”
Gibson said in an interview Tuesday that she felt betrayed on how the resignation came about and with her unable to get any information regarding the move.
She stated she had only learned about the resignation Monday, and had heard from other Board members that the Chair had been asking their opinion on whether or not to retain him. She said she felt Crawford was given an ultimatum to resign or face having his contract terminated.
“Tim Crawford has always taken good care of the school system,” she said. “I have sent several emails to the Superintendent and Board Chair asking for more information, but I have not received any replies.”
Gibson, the Vice-Chair of the Board, also said she has been left out of several important decision making processes, and feels frustrated by the lack of response. She noted she was supposed to sit in on a meeting last week concerning School Resource Officers with Sheriff Randy Waters last week, but when she arrived she was informed the meeting had actually taken place earlier and she was not notified of the change.
“I feel I made a mistake when I gave Corey Keith my support,” she said. “I believed him when he said he was going to try and bring the county and school district together. That has been shattered with secret meetings and behind closed door discussions.”
Another member of the Board, Lori Foster, has also expressed disappointment in the lack of information regarding the reasons for the resignation and the secrecy in the manner in which it was handled.
Both Foster and Gibson state they have contacted the Kentucky School Board Association for guidance and intend to address the issue during next week’s regular scheduled meeting of the Board of Education (Monday, 6:30 p.m. at the Central Office.)
For his own part, Crawford downplayed the perceived political aspects behind the move, stating Tuesday morning that his resignation was “voluntary.”
He said with the hiring of a new Superintendent, and the decision to change auditors to get a fresh look at District finances, he felt it was also the Board’s prerogative to change legal council.
“I have had no disputes with anyone on the Board,” he said. “There were no negative situations. They (the Board) seemed to think it was time to change legal council.”
“I have enjoyed my time with the McCreary County Board of Education and would be willing to return if they so decided.”
Board Chair Dustin Stephens told the Voice Tuesday that there was no threat or ultimatum that led to the resignation, and his comments mirrored Crawford’s.
“Sometimes it is good to change things,” Stephens said. “We were taught that in our training in Frankfort. Sometimes you need a fresh set of eyes.”
Stephens noted the Board recently voted to change auditing firms for the same reason, and there had been discussion to look at other areas where changes could be made.
“I made a courtesy call to Mr. Crawford to inform him that I intended to put the question on the agenda for the next meeting. I told him we would have discussed the possibility of changing attorneys, but he offered to resign instead.” Stephens added he had previously contacted Gibson along with other Board members to get their thoughts on the possibility, but there was no decision reached through the conversation.
“It is nothing like how she (Gibson) portrayed it,” he said. “That’s not how it went about.”
Superintendent Corey Keith declined to offer a comment on the allegations Tuesday, and stated he could only confirm that he had received a resignation from Crawford Monday afternoon.
The Board has only two functions when dealing with personnel issues – the hiring and/or firing of the Superintendent and Board Attorney. Any such actions must be taken publically in a meeting with a quorum of Board members present.
A resignation of an individual, such as Board Attorney, does not need to be handled directly in a meeting, but the Board would have to convene at some point to appoint a new attorney.
Gibson stated she believed a new attorney has already been contacted about the position and expects the hiring to be on the agenda next week.
Crawford had served as Board Attorney for more than 16 years in total, as well as several other school districts in the region.
In 2011 Crawford’s license to practice law was suspended for a total of 61 days by the Kentucky Bar Association after being found guilty on four counts of professional misconduct.
He served 30 days of the suspension and had the remainder probated for two years under the condition that he did not receive any additional disciplinary charges, but was let go from his position with the McCreary County School District after serving for 13 years. He was re-hired in 2015 to serve as a back-up attorney to Jeff Hoover for the District. After Hoover left the position, Crawford again assumed the lead role.