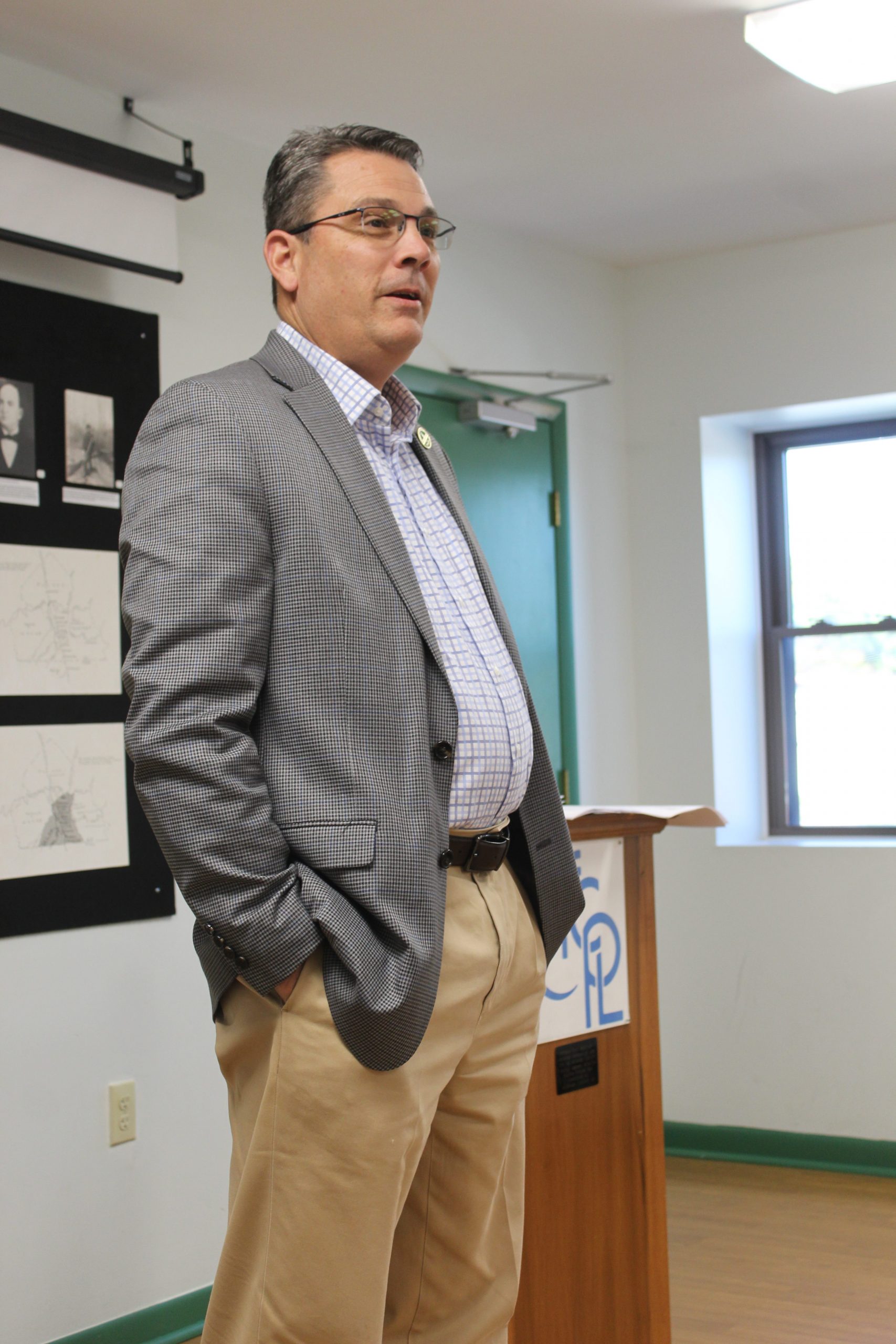 As featured speaker at the McCreary County Chamber of Commerce’s regular monthly meeting in September, State Representative Kenneth Upchurch presented a legislative update to those in attendance.
Speaking to the diverse Chamber group, Upchurch shared data indicating Kentucky has recently experienced notable economic growth. With 14.2 billion dollars of new investment, 31,000 new jobs, and a current state unemployment rate of 3.8%, Upchurch credits legislative work at the state level as being a factor in the state’s upward economic trend.
“We began and will continue tax reform in an effort to make Kentucky business friendly,” Upchurch said.
Despite mostly positive economic data, Upchurch noted Kentucky continues to lag behind in workforce participation. Kentucky’s workforce participation rate of only 59% is four points below the national average and lower than all adjacent states except West Virginia. To increase workforce participation, Upchurch said it is important to continue addressing the state’s opioid problem and furthering Kentucky’s efforts in workforce readiness by getting people prepared for jobs.
Upchurch noted the recent arrival in McCreary County of Fibrotex and its accompanying 350 jobs.
“Fibrotex is a game changer for McCreary County,” Upchurch asserted. “It is a game changer for the entire region.”
As Chairman of the Transportation Committee, Representative Upchurch noted highway improvements in McCreary County.
“Highway 92 East from Interstate 75 at Williamsburg to HWY 27 in McCreary County is well on its way towards completion,” Upchurch observed. “We also have put 1.5 million dollars for design and spot improvements on KY Highway 92 West from Stearns to Monticello. Hopefully, we can get a long-term project and start down the path of making this highway a scenic route. If we can make HWY 92 West a scenic route with scenic overlooks and widening/straightening the road in areas that need it, we will open up a direct tourism corridor from Interstate 75 through McCreary County into Wayne County and Lake Cumberland. With a scenic highway along this route, tourists will have direct access to McCreary County’s Daniel Boone National Forest, Big South Fork National River and Recreation Area at Yamacraw, Big South Fork Scenic Railway and, in Wayne County, direct access to Lake Cumberland, Mill Springs, and other tourist attractions.”
Upchurch also spoke about Kentucky’s coming enhanced ID/driver’s license to be fully implemented in 2020. Although standard, traditional driver’s licenses will still be available, those wishing to fly on domestic, commercial airplane flights, or to access military bases, and in some instances, federal buildings will need an enhanced ID/driver’s license (or passport). A birth certificate and other forms of ID will be required when applying for the enhanced license. Information from applicants will be sent to the Department of Homeland Security for background checks and approved licenses will be received in the mail. Upchurch said the enhanced ID is a federal mandate handed to states for implementation. With the October 2020 deadline for implementation drawing closer, Kentucky is currently working with a few pilot programs throughout the state on processing and implementing the new license.
In other Chamber business, McCreary County Chamber of Commerce President Kristina McFeeters noted the Chamber has participated in ribbon cutting ceremonies for four new businesses in the past month-Beauty Bar, Rejuvenation Room, Clarity Counseling, and Fibrotex.
The Chamber elected three new board members, Tim Corder, Michelle Perry, and Shane Gilreath, by secret ballot.
Business of the month announcements included the Big South Fork National River and Recreation Area for September and Kristina’s Kitchen for October.
Nominations for the annual Chamber Awards are still needed and are due by September 27.
Upcoming Chamber events include the Chamber After Hours at Kristina’s Kitchen on Monday, October 14 from 6:00-8:00 p.m. and the Chamber Annual Awards Banquet (ticketed event) on Tuesday, October 22 at 6:00 p.m at the Goodin Ministry Center of Whitley City First Baptist Church.
The Chamber meets every third Wednesday at noon-usually in the community room upstairs at the McCreary County Public Library in Whitley City.