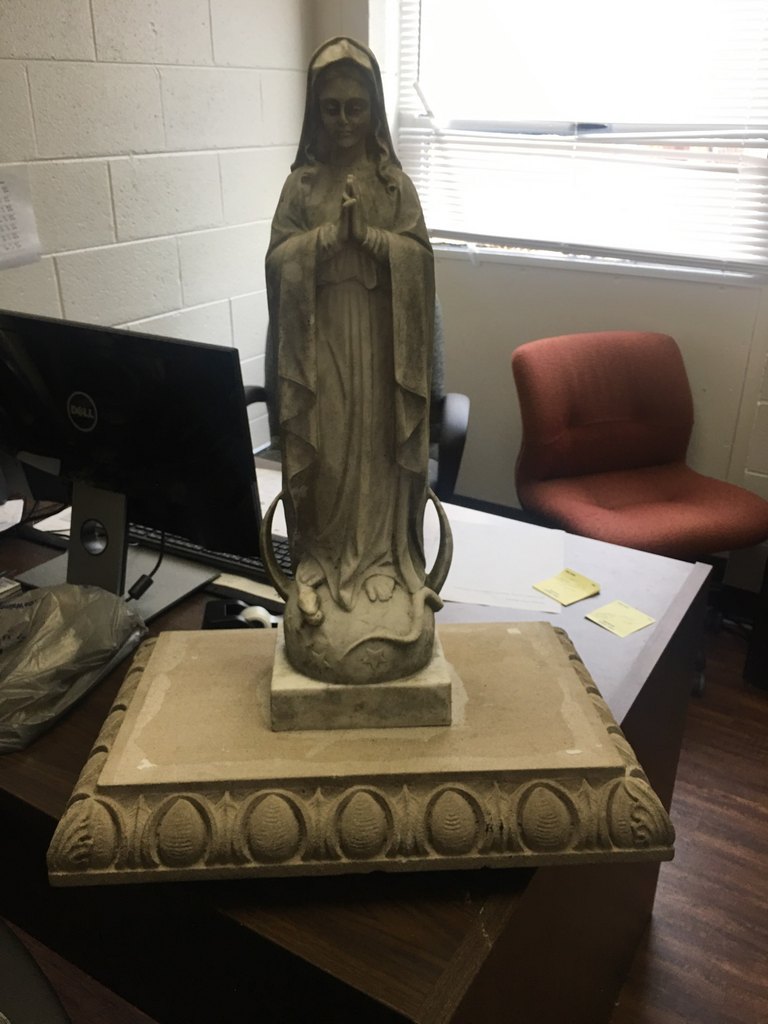 McCreary County Sheriff Randy Waters reports a statue of the Virgin Mother, Mary, is back where it belongs at the Good Shepherd Catholic Church on Main Street after being stolen two weeks ago.
The marble statue was reportedly stolen around 3:00 a.m. on Thursday September 19, when thieves took the weighty icon from a pedestal at the church.
Sheriff Waters stated the suspects were identified through the investigation and security camera footage and after speaking with one of the suspects, the statue was returned – undamaged. The Sheriff noted the statue weighed over 50 pounds, but security camera footage showed one of the alleged thieves leaving the area on a bike with the statue under his arm.
No arrests have been made, but Sheriff Waters said the case would be presented to the McCreary County Grand Jury to seek indictments against the three suspects for felony theft as the statue was valued at over $3,000.