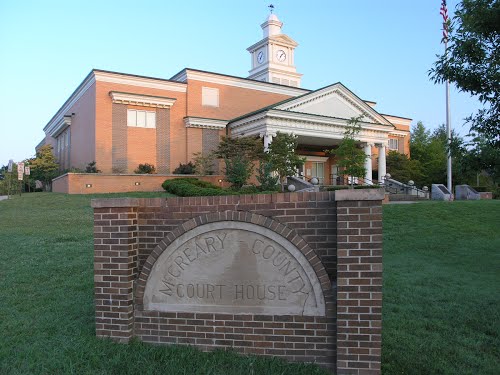 With the November 5 General Election less than three weeks away, early and absentee voting have begun in the McCreary County Clerk’s Office.
Voters who will be out of town or have a valid excuse for not being able to visit the polls on election day can cast their ballots in the Clerk’s office through November 4, the Monday before the election. The office will be open weekdays from 8:30 a.m. to 4:30 p.m. and until noon on Saturdays.
According to the Kentucky Board of Elections those that qualify for absentee ballots include those who will be out of the county on election day, citizens advanced in age, disabled or ill, military personnel who are stationed away, students that temporarily reside outside of the county and pregnant women in their third trimester.
In addition to statewide races such as Governor, Attorney General and Treasurer, a local referendum will also be included on McCreary County’s ballot this year asking if voter support legalized alcohol sales in the county.