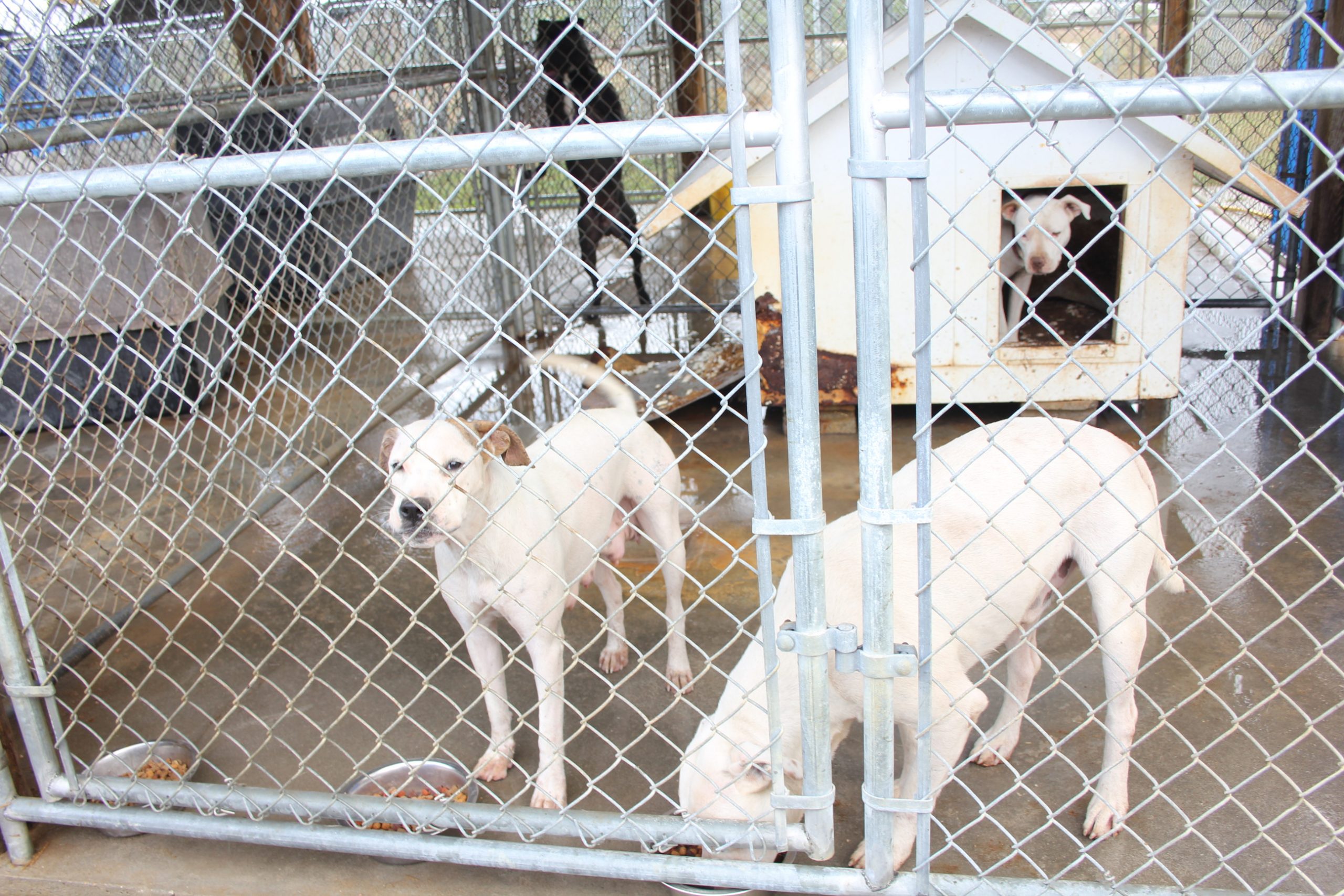 Photo by Greg Bird These dogs are being quarantined at the Animal Protection League after one of the animals reportedly bit a young girl over the weekend.

Two McCreary County children were injured Sunday afternoon after reportedly being attacked by pit bulls off of Highway 896.
McCreary County Sheriff’s Deputy Greg Chaney reports two young girls, ages 12 and 13, were walking along the road Sunday when they were allegedly set upon by a group of several pit bulls. One of the girls was bitten multiple times, suffering wounds from her legs up to her face. She was transported by McCreary County EMS to Lake Cumberland Regional Hospital and later transferred to the University of Kentucky Medical Center for treatment of her injuries.
The second girl was bitten once and did not require transport.
Deputy Chaney located the owner of the animals and issued a citation for harboring a vicious animal. Animal Control Officer Milford Creekmore confiscated three dogs from the scene. The animals were impounded at the McCreary County Animal Protection League shelter, pending a court order on what to do with the animals.