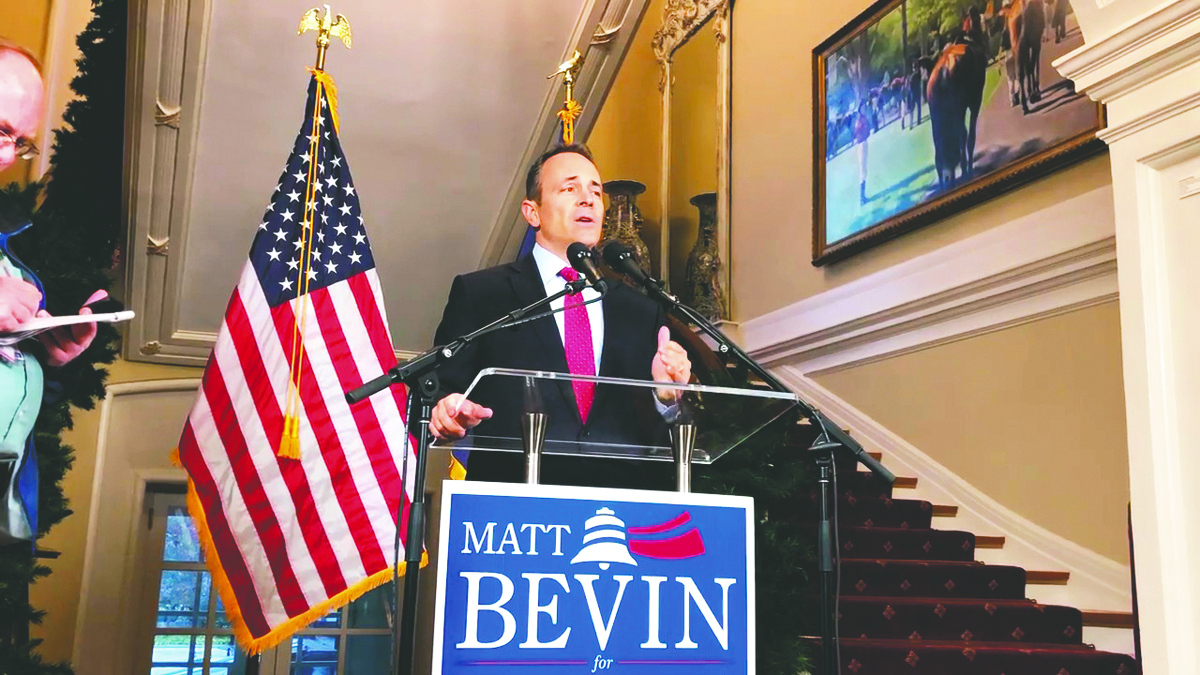 Governor Matt Bevin, who fell just over 5,000 votes short in his re-election bid last week, has called for a recanvass of votes in an effort to possibly make up ground in his bid to stave off a challenge for the Commonwealth’s top post.
Democrat Andy Beshear apparently won last week’s contest with 709,577 votes, compared to 704,398 for Bevin – less than half a percent of the vote total separating the two candidates.
With the vote spread so close, Bevin took the first step to challenging the results by calling for a recanvass of the results.
A recanvass requires all County Clerks to reprint the receipts from voting machines used on election day to check for reporting or clerical errors. After ballots are scanned by the voting machines, the machine tabulates those votes and prints out a receipt with the total.

The recanvass took place this Thursday, with County Clerks from each of Kentucky’s 120 counties re-checking the receipts. The results of the recanvass were not available as of press time, and will be reported in next week’s issue.
However, no changes were expected from McCreary County Clerk Eric Haynes’ office, as Haynes is one of a few Clerks who still rely on manual verification for the voting process. As the precinct results come in to Haynes’ office on election day, the results from the machines are compiled directly on a computer, but two members of his staff physically check the receipts by hand, verifying the results by independently manually tabulating the totals.
The State Board of Elections must certify the results of the election by November 25. After the final vote is certified Bevin can formally contest the results.
If there are not enough missing or incorrectly reported votes found for Bevin, he must challenge the results of the election directly to the General Assembly. There is no re-count challenge available to Bevin, as Kentucky law stipulates a different form of contest in Governor races.
If he chooses to do so he must stipulate specific reasons for the challenge within 30 days of the certification. Once contested the Kentucky Legislature would form a board to review any evidence presented and hear dispositions. The Board, chosen by lottery, would consist of three Senators and eight House members.