Several events, including parade, planned for Friday and Saturday 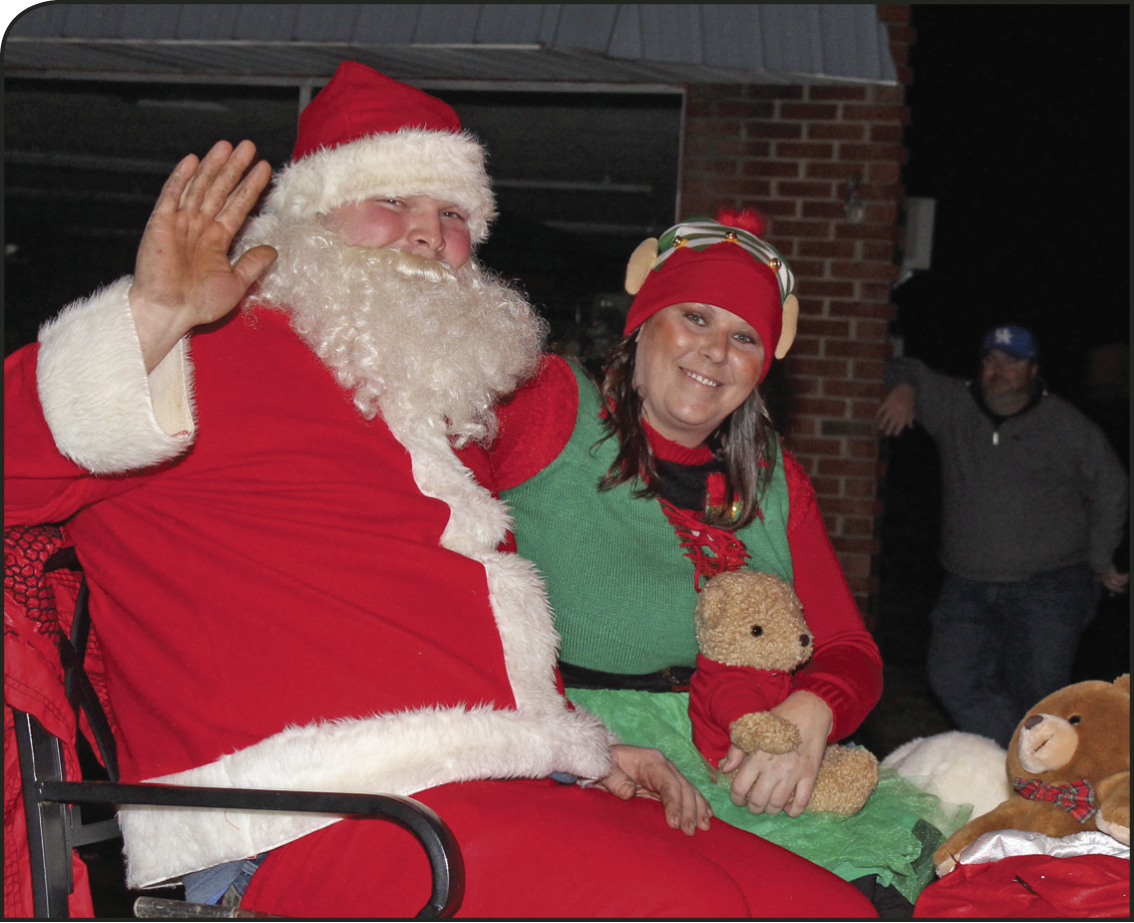 It’s looking a lot like Christmas as local organizers busy themselves with final preparations for the approaching weekend-a weekend filled with festive, free holiday events.
Kicking the weekend off, Santa arrives at 5:30 p.m. on Friday, December 6, in Marshes Siding at the McCreary County Senior Citizens Center/Park for an early appearance during this year’s free annual park event featuring Santa, Christmas carols, and vendors. During the event, Santa will pose for photographs (bring your own camera), and vendor set up is free.
Following Friday night’s appearance at the Senior Citizens Center (and after a good night’s sleep,) Santa’s travels on Saturday will take him down the road a bit to Whitley City for a day of merriment as he visits with boys and girls of all ages. Recognizing that breakfast is the most important meal of the day, he’ll enjoy a hearty breakfast of pancakes at the McCreary County Public Library from 10:00 until 12:00. Santa invites everyone to join him for breakfast, and while there, enjoy listening to a story and making a craft. Santa reminds everyone to RSVP for this event by calling the library at 376-8378.
After breakfast, Santa’s next stop is from 12:00 until 3:00 just around the corner at the McCreary County Tourism Office. While there, he will happily pose for photographs with children and adults. Photos will be made by “Photography by Angie Vanover.” Vanover plans to post the photos on her Facebook page (Photography by Angie Vanover) for downloading. Toys, as long as they last, will be given away during this event.
After making photos with good boys and girls at the tourism office, Santa plans to take a short nap before springing back in to action and making an appearance during this year’s “Evergreen Christmas” parade following HWY 1561 from the Lord’s Gym through downtown Whitley City. The parade (and free hot chocolate) begin at 7:00 p.m.
Following the “Evergreen Christmas” parade, the annual McCreary County tree lighting ceremony with caroling will take place on the Courthouse lawn.
Santa would like to encourage everyone enjoying this weekend’s festivities to support “The Giving Tree” at the McCreary County Public Library by placing scarves, gloves, and hats on the tree located in the library. Donated items will be distributed to families in the McCreary County Health Department’s HANDS program and through the local schools.