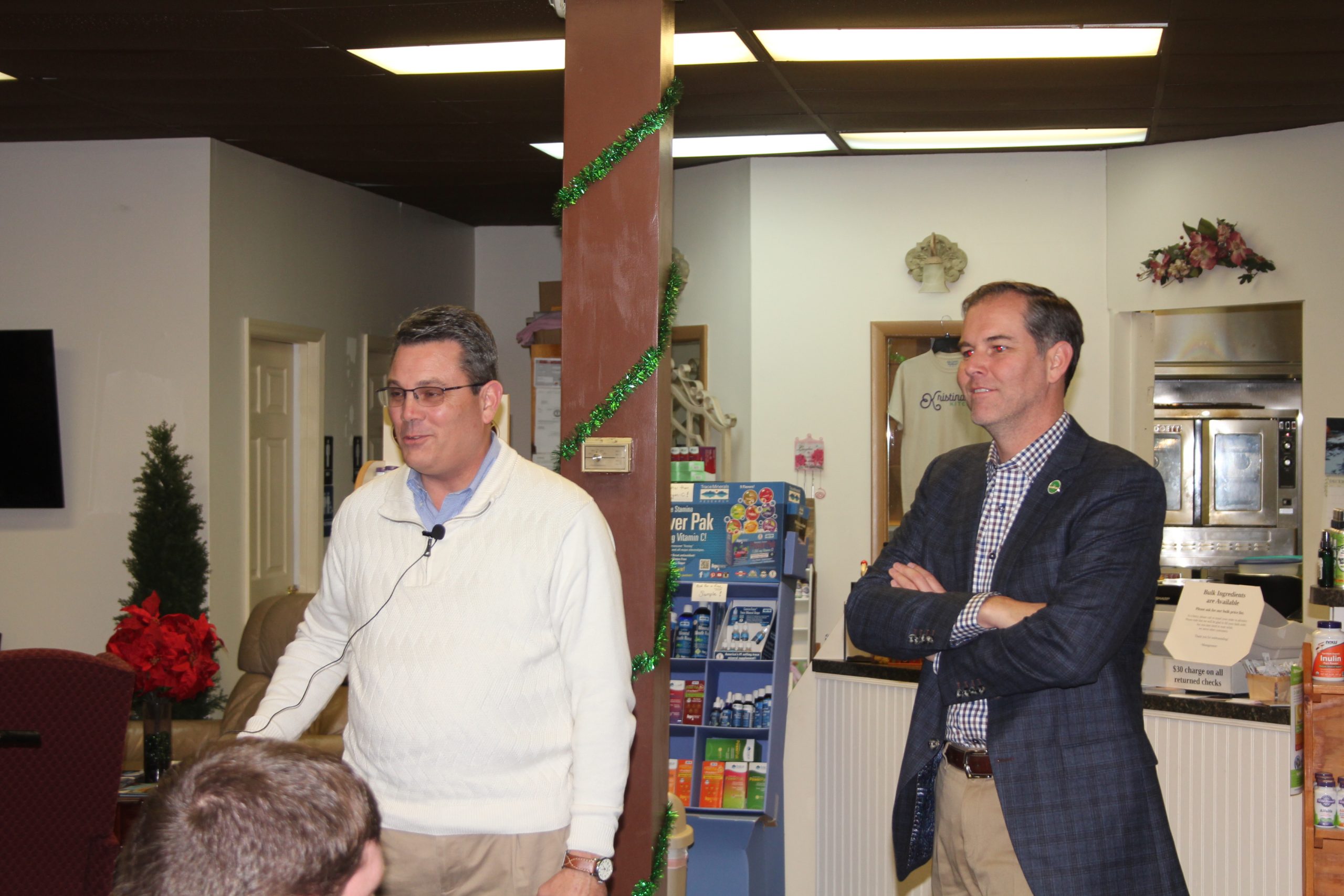 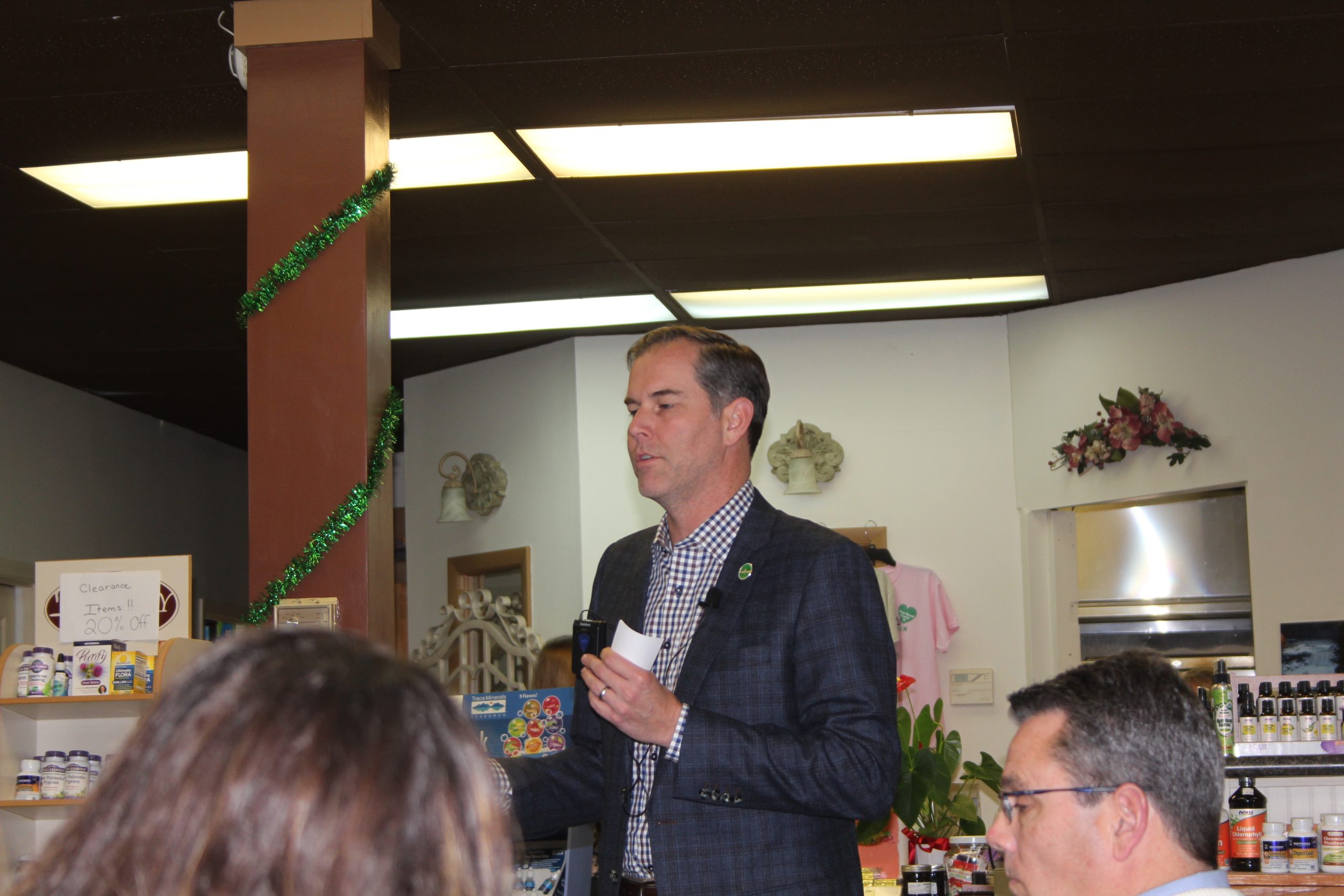 Photo by Greg Bird
Representative Ken Upchurch and Senator Max Wise were at Kristina’s Kitchen Tuesday for a town hall meeting. The pair spoke about issues that will be faced in the upcoming legislative session.

Senator Max Wise, along with Representative Ken Upchurch, hosted a town hall meeting Tuesday evening in Whitley City to answer questions from their constituents and provide updates on the upcoming legislative session.
Appearing at Kristina’s Kitchen Wise said the next session would be the “long” session, lasting 60 days, and would focus mainly on the biannual budget.
With the change in the Governor’s office Wise said it would be an “interesting” session, but did not foresee any difficulties arising from the Executive Branch as both the Senate and House of Representatives hold a Republican super-majority. He added the Senate was very willing to work with the new Governor and “do what’s best for the Commonwealth of Kentucky.”
The budget would be “very tight,” the Senator said. One focus would be to continue to look at tax reform to increase revenue and competiveness with surrounding states. One proposal would be to lower the state income tax rate (the Legislature lowered the rate to a flat 5-percent two years ago) and to raise the sales tax rate slightly.
Some of the main issues to be discussed in the session include continuing to work on the pension crisis. Wise said the Senate will focus on restructuring the pension for new hires, but would look to keep the existing plans in place for current and retired teachers and state workers.
He hopes Governor Beshear would do as Governor Bevin did and fully fund the pension for the coming future.
Wise said he was in favor of passing legislation supporting voter ID laws and moving Constitutional office elections to even years. Such a move, he said, would save the state $12-15 million.
The Senator was open to examining the medical marijuana issue, but against any move to legalize recreational use of the drug.
Wise also said he would work toward refining the school safety bill that was passed last year, making small changes to clarify language and also looking at a one-time funding for schools to make infrastructure changes for better security.
Representative Upchurch echoed many of Wise’s positions, and noted the long-term goal of the Legislature would be to eventually phase out the state income tax altogether – putting Kentucky on a competitive balance with surrounding states for attracting new industry and fostering economic growth.
The 2020 Legislative session will begin on January 7 in Frankfort.