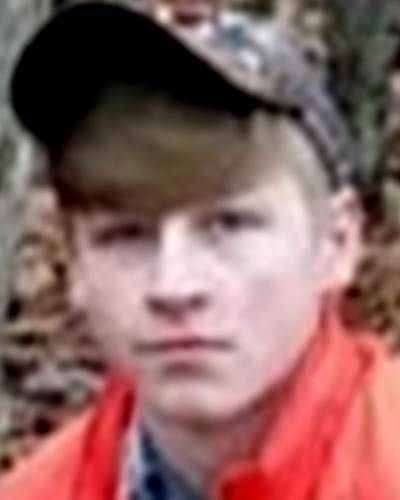 The Kentucky Department for Community Based Services and National Center for Missing and Exploited Children have issued an alert for a McCreary County teen who ran away from his foster home.
Jacob Stephens, 17, was last seen on December 11, and is described as 6’1”, 153 pounds with blonde hair and blue eyes.
Sheriff Waters said both his office and the Kentucky State Police have been active in trying to locate Stephens, and have responded to several reported sightings of the young man, but he has always fled or left prior to their arrival.
There are three other active missing persons cases in the McCreary County area: Christina Bussell, Jeffery Shepherd and William Cross.
Bussell disappeared on September 28, 2011. She was last seen walking toward Pine Knot on U.S. 27 in Winfield – near the state line. She is described as 5’ 5”, with brown hair and blue eyes, and has a tattoo of a butterfly on her shoulder.
Shepherd was reported missing on March 12, 2018. He was reportedly last seen at Missy’s bar in Winfield. He is described as 5’6”, with brown hair and blue eyes. He was wearing jeans, a blue button up shirt and a brown jacket. He was driving a gray 1984 Ford F150 pickup, with a red passenger door (tag # 602-LJC).
Cross has been missing from the Whitley City area since May 18, 2018. He is 6-foot tall, with brown hair and blue eyes.
If you have any information on these or other missing persons, please contact the McCreary County Sheriff at (606) 376-2322, or 911.