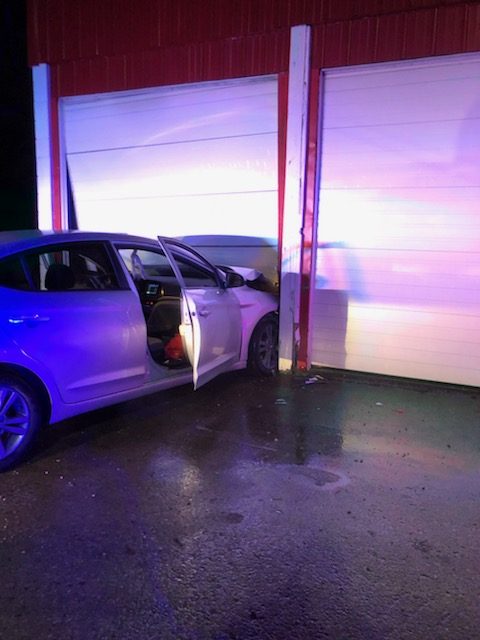 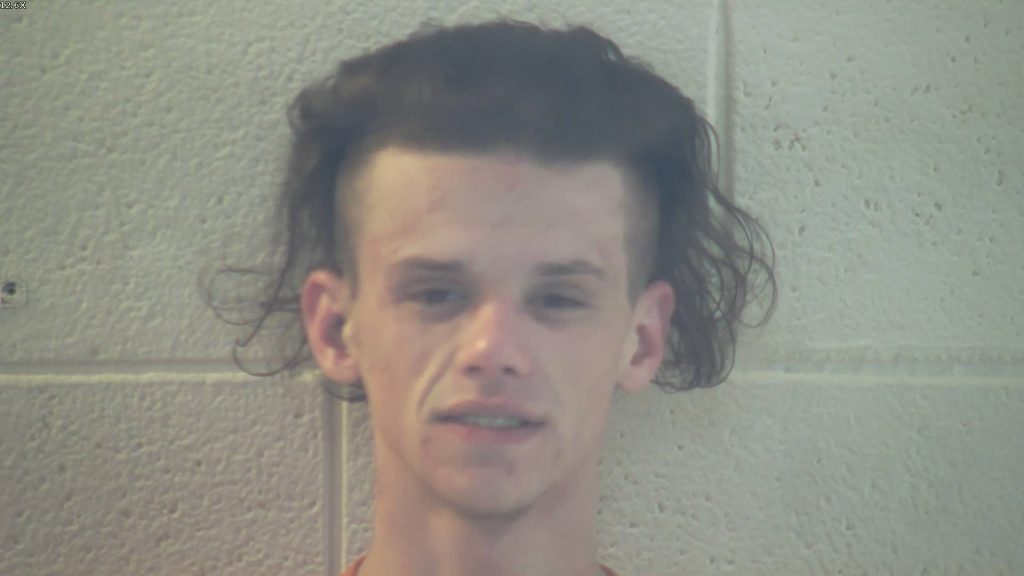 A Somerset man led officers from two counties on a wild chase early Friday morning that ended with his vehicle crashing into a storage building behind Larry’s Mini Mart in Whitley City.
Sheriff Randy Waters stated officers from the Somerset Police Department, along with officers from Burnside Police were involved in a high-speed chase with a suspect reported to be driving a stolen vehicle in the early-morning hours Friday. The chase hit speeds upwards of 80 miles per hour and was headed southbound on U.S. 27 when the pursuing officers notified McCreary 911 about the chase.
Deputy Dustin Ridner was on duty and responded to the call for mutual aid. The Deputy prepared to intercept the fleeing vehicle and deployed spike strips to deflate the tires. The suspect ran over the strips, but continued to travel southbound, despite the flat tires. The chase continued, albeit at a much slower pace, until the suspect made a turn in to the gas station and crashed in to the door of a storage unit, causing damage. He then fled on foot for a short distance before he was apprehended.
Ignacio L. Cornett, 20, of Somerset was arrested and is being lodged at the Pulaski County Detention Center on various charges related to his chase. He is charged with counts of reckless driving, wanton endangerment, fleeing/evading (in vehicle and on foot) and resisting arrest as well as two outstanding bench warrants for non-payment of fines.
Local charges, including criminal mischief, are pending against Cornett as well. Deputy Dustin Ridner is preparing the case.