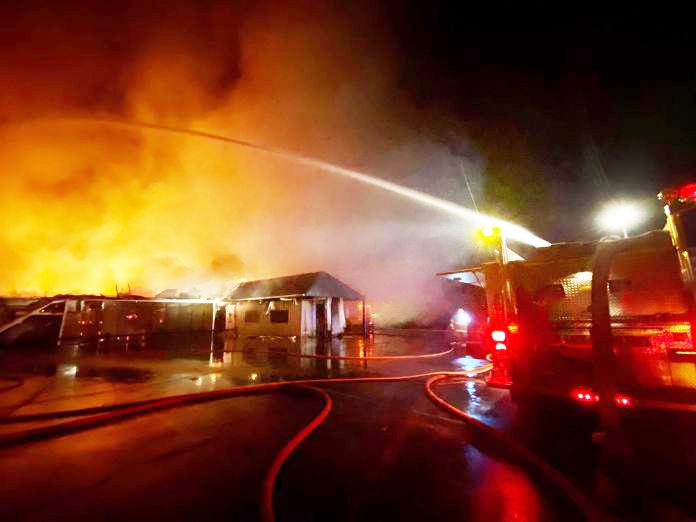 An early-morning fire destroyed the offices of embattled Dr. Bruce Coffey Thursday.
According to the Independent Herald the fire broke out around 3:00 a.m. with crews from several departments fighting the blaze. No injuries were reported as a result of the fire, but the building was a complete loss.
Four businesses were destroyed in the fire, Dr. Coffey’s clinic, Mark’s Family Pharmacy, Buckeye Home Medical Equipment and PT Solutions.
Coffey’s office was the subject of a 2018 raid by federal agents investigating reported drug activity, primarily an operating “pill-mill.” A federal court filing last month detailed the scope of the alleged operations as authorities are seeking to seize $1.6 million in assets from the doctor and his associates.
Dr. Coffey has denied the accusations.

The Tennessee Bureau if Investigation is conducting an investigation to determine the cause of the fire.