“And I wonder, who’ll stop the rain”

McCreary County Judge Executive Jimmie Greene declared a state of emergency after the rains of last week caused significant flooding in parts of the county, and as more rain is expected over the next few days.
According to the National Weather Service more than five inches of rain fell on the county between Wednesday and Tuesday this past week, creating some serious flooding issues, particularly in the southern portion of the county.
Flooding covered roads and fields, creating traffic hazards and property damage… and the threat of even more rain is on the horizon.
The NWS forecast calls for up to two more inches of rain to fall over the next few days, and up to an additional two more inches before the end of the month.
A wet February is starting to be a trend as more than 10 inches of rain fell on McCreary County for the last year at this time, causing similar flooding and damages to several roads due to mudslides.
The rain caused waterways to swell rapidly as nearly two inches fell over the course of last Wednesday.
U.S. Geological Survey data shows the Cumberland river at Cumberland Falls reached a peak height of more than 13 feet last Wednesday, rising more than 10 feet over the course of a day. Since then levels have receded to about 10 feet.
Similarly, data from Rock Creek shows that waterway rose from 9 feet on Tuesday to about 18 feet on Wednesday due to the rainfall. Water levels have dropped to about 8 feet this week.
The rain has impacted many parts of southeastern Kentucky and northern Tennessee. Scott County schools have been closed for several days due to roads being flooded.

Knox, Bell, Letcher, Harlan and Leslie counties all are experiencing severe flooding that has caused thousands of dollars of damages. Governor Andy Beshear declared a state of emergency last week for the region to help bring aid to the areas impacted by the event. 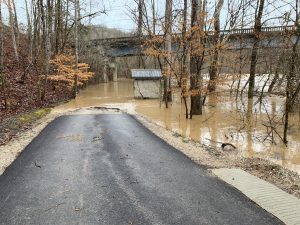 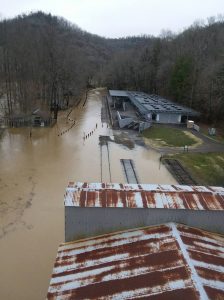 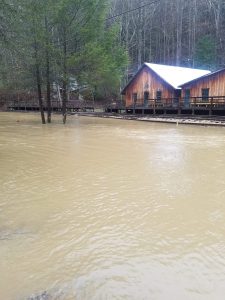 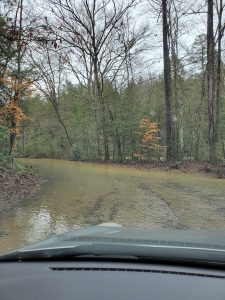 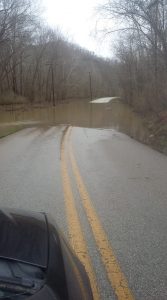 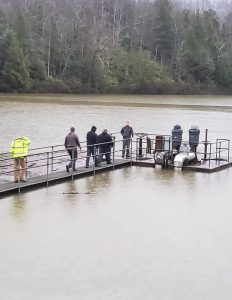 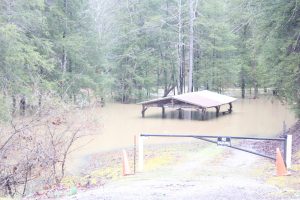 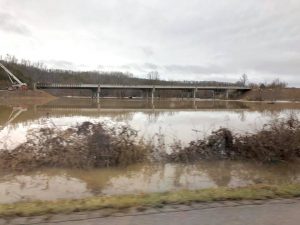