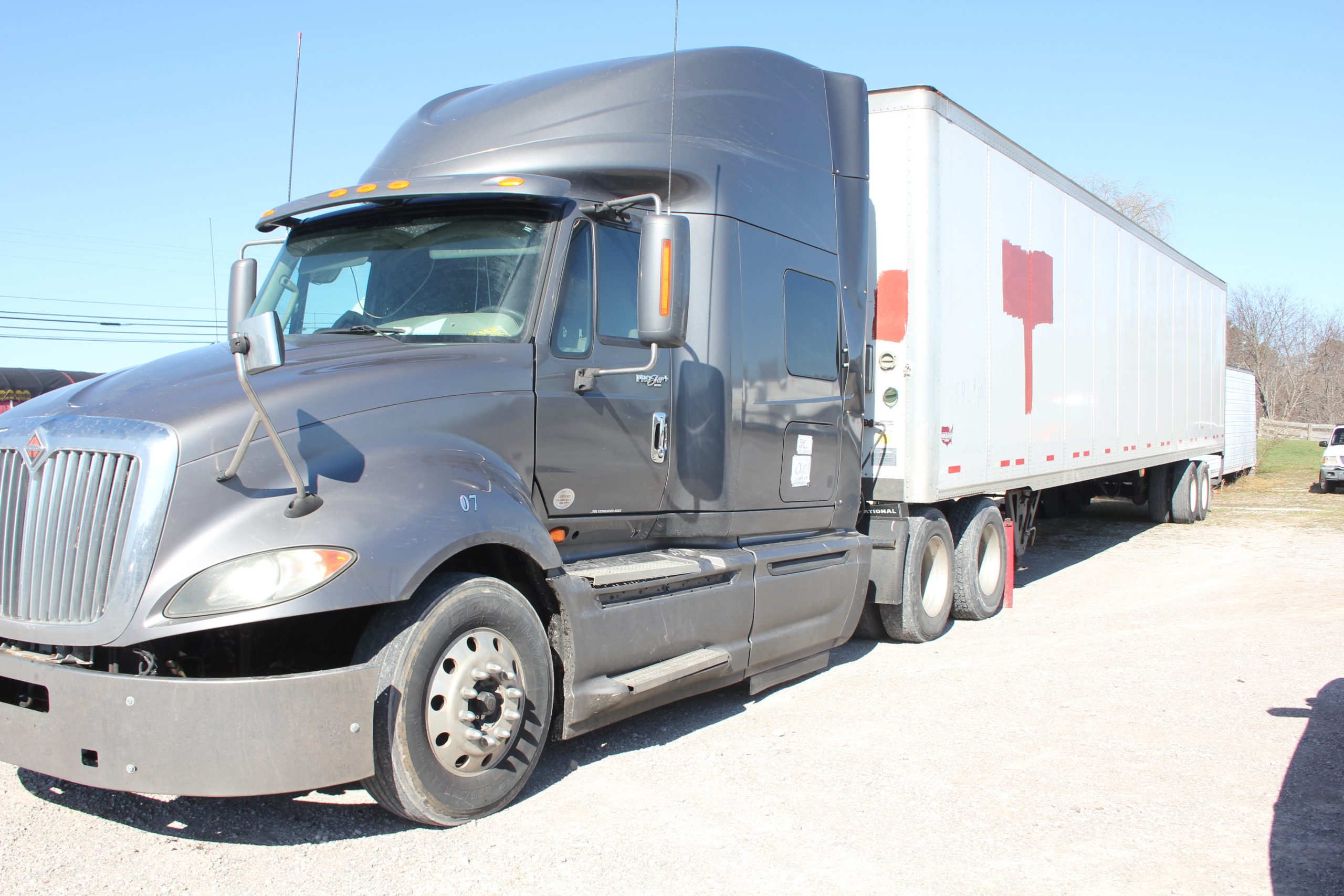 Photo by Greg Bird A tractor and trailer were siezed by the Sheriff Saturday after the trailer was reported stolen out of Missouri with a load of alcohol. The vehicle was found in Pine Knot. 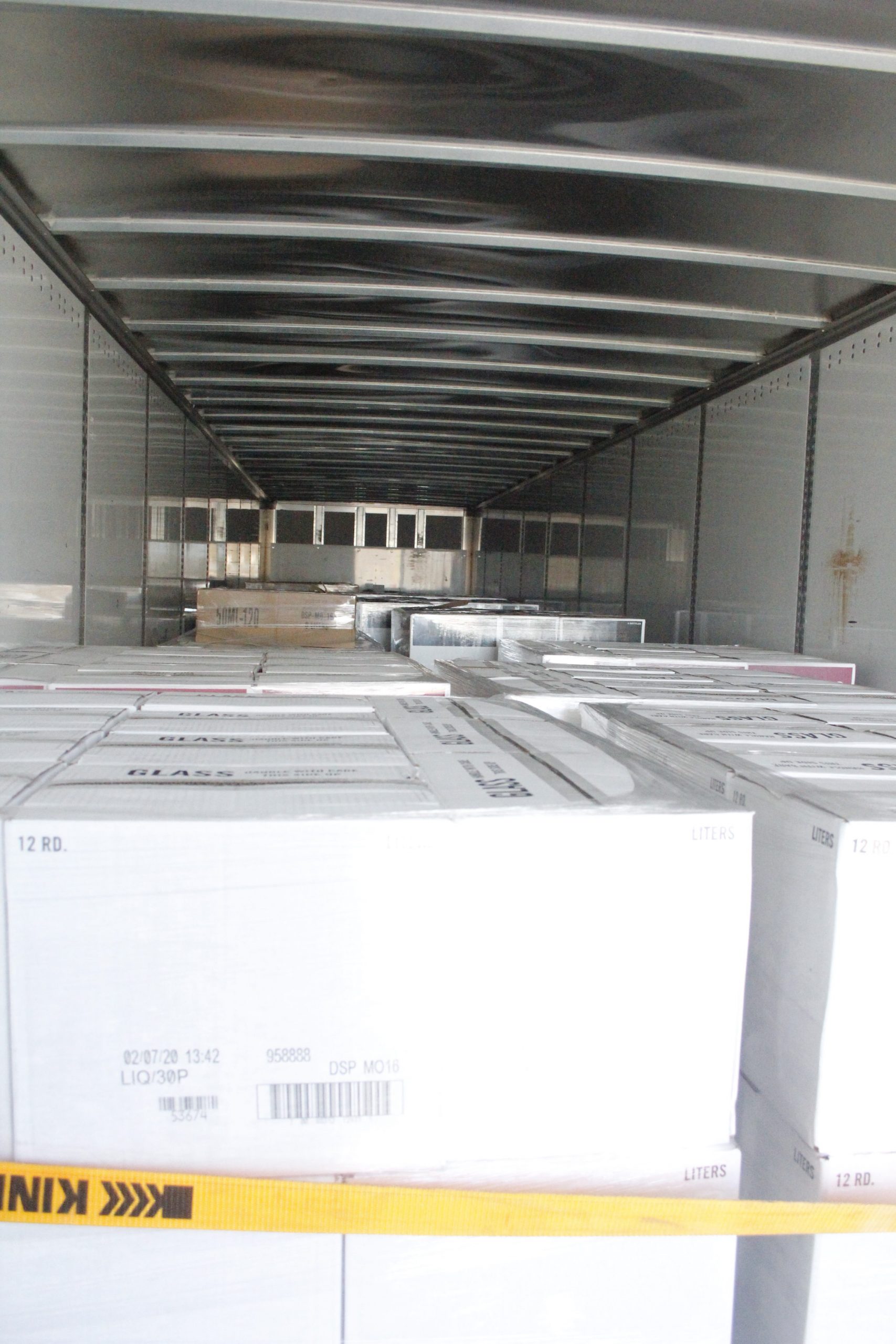 Sheriff Randy Waters and the McCreary County Sheriff’s Department recovered a stolen trailer filled with over $100,000 of liquor in Pine Knot Saturday afternoon.
The discovery came just two days after the first legal alcohol sales in the county began under the new alcohol ordinance, but the two events appear to be unrelated as licensed sellers must obtain their stock through a licensed distributor.
The Sheriff’s Department was alerted to the location of the trailer after the owner, B&Z Logistics of St. Louis, Missouri, was able to ping the vehicle using GPS tracking. The trailer was found at the D.H. Campbell lot still attached to the cab.
The Trailer’s markings, including registration and license plate were painted over with red paint. A paint roller and other evidence of materials that could have been used to disguise the markings were found inside the cab of the vehicle.
Security camera footage shows the truck pulling in to the lot Saturday morning. The footage shows the driver of the semi parking and being met by a second individual, who then proceeds to unload some of the inventory from the truck and place it in a second vehicle before driving off. A while later the second vehicle returns and picks up the driver and leaves the area.
Both the trailer and cab were impounded by the Sheriff. The trailer, valued at $30,000, with more than $100,000 of cargo, was recovered by the distribution center Monday morning.
The registration of the cab came back to a Stearns resident, and Sheriff Waters is attempting to locate the owner to speak to him.

Deputies Terry Baker and Stephen McKinney, along with KSP Trooper Matt Ridner assisted at the scene.