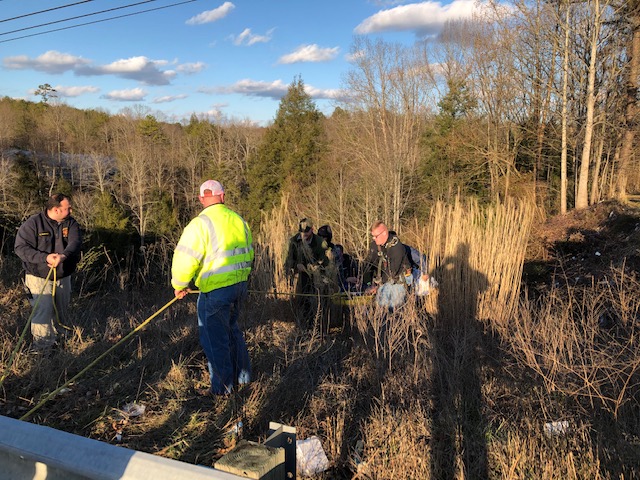 No injuries were reported as a result of this Thursday afternoon accident at Arby’s in Whitley City, but one individual was arrested on suspicion of driving drunk.
Constable Cody Stephens charged Jack Lynch, 70, of Whitley City with driving on a DUI suspended license and operating under the influence of alcohol – 3rd offense, after reportedly accidentally driving his vehicle over the embankment after going through the drive through lane.

According to the citation, Lynch had slurred speech failed a field sobriety test at the scene and was taken to McCreary County EMS where he refused to consent to a blood draw. The citation also claims Lynch reportedly stated he had drank three beers prior in the day.
Both Lynch and a passenger in the vehicle were uninjured and reportedly were eating their food as emergency responders arrived.