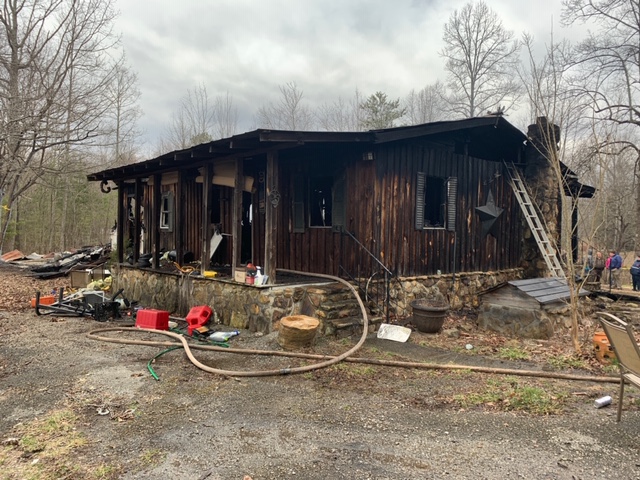 Emergency responders found a tragic scene Friday as they responded to a structure fire on Squirrel Nest Road, off Day Ridge Road in northern McCreary County.
Sheriff Randy Waters states members of the North McCreary and Whitley City Fire Departments were dispatched to the location after reports of a residence on fire around 2:00 Friday afternoon. Bystanders reportedly told responders a male subject, had reportedly set the house and a nearby cabin on fire, and was possibly in the woods and suicidal. KSP Dispatch had also reported being notified that the subject had set the structures on fire.
Local law enforcement was dispatched to the area to assist in the search for Tucker, but were unable to locate him at the time.
After crews managed to extinguish the blaze and safely enter the residence they discovered the victim dead of an apparent self-inflicted gunshot wound. Coroner Tim Corder pronounced him dead at the scene and the investigation was turned over to the State Fire Marshal.