McCreary County has had its first confirmed case of COVID-19, a 20-year-old female from Pine Knot. 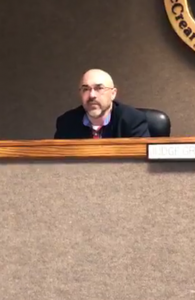 McCreary County has had its first confirmed case of COVID-19, a 20-year-old female from Pine Knot.

The announcement was made by Shawn Crabtree, Executive Director from the Lake Cumberland Area DistrictHealth Department, during a press conference Tuesday afternoon.

Crabtree stated the Health District had just begun their investigation in to the case and has been in contact with the subject. The patient is reportedly under self -quarantine and is not hospitalized at this time.

The District will begin generating a list of people the patient has been in contact with over the past few weeks, and will most likely begin making contact with those individuals to see if further testing would be required.

The case is considered a presumptive case, but is being treated as a positive case. The presumptive label indicates the test was done at a private lab, and has yet to be directly confirmed by health officials. As testing capability expands the state health district has been working with more private labs to shore up communication between the agencies to better provide more accurate data.

On Wednesday LCDHD Officials said to the best of their knowledge the woman in McCreary County was not the one referenced by Governor Beshear Tuesday, who had reportedly attended a “Coronavirus Party.” The party apparently occurred elsewhere in the state.

Crabtree noted there are four active cases in Pulaski County, with three of them directly related to a church service attended by one of the victims. One other case has been released and is presumed to have recovered from the virus.

Thee additional presumed cases are being reported in Wayne County, with two of the individuals being hospitalized at the Lake Cumberland Regional Hospital. An additional case in Laurel County, outside of the LCDHD region has also been reported.

Crabtree said it is important for everyone to act as if the virus is prevalent in the community and to observe safe social distancing practices and other safety procedures. He added if you feel you may be exhibiting symptoms of the virus: fever, shortness of breath, body aches, unproductive coughs, and possibly loss of the sense of smell and/or taste, to contact you health care provider to determine if you are a candidate for testing.