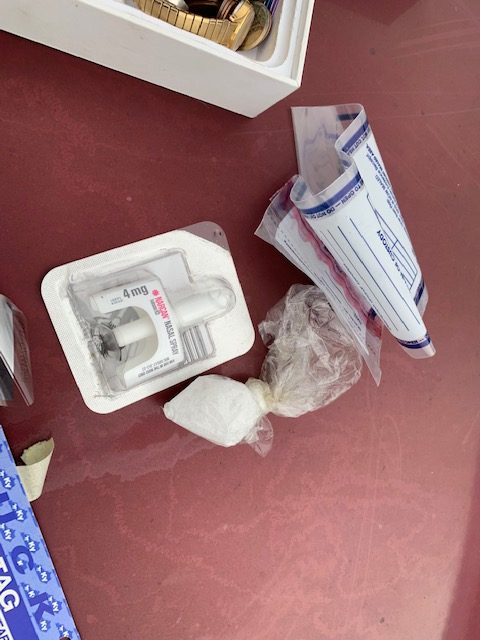 Sheriff Randy Waters reported the arrest of an man on drug charges Sunday evening at the Parkland Motel in Stearns.
According to the arrest citation Sheriff Waters and Deputy Aaron Tucker responded to the Parkland Motel around 5:00 p.m. Sunday after the owner of the motel called 911 asking for some individuals to be removed from the property. As the Sheriff and Deputy Tucker arrived they found Daniel Allen Crabtree, 38, of Monticello sitting in a vehicle at the back of the building.
The owner stated Crabtree had several room keys in his possession from previous rentals that had not been turned in after previous visits.
Officers spoke with Crabtree, who stated he was in the parking lot to help a friend with a flat tire, and had been transporting people to several locations around the county. When asked to present ID, Crabtree was only is possession of an Indiana State identification card, and had no valid driver license. Crabtree consented for the officers to search the vehicle who found a jewelry cleaning container inside the driver’s door pocket. Inside the container was a clear plastic baggie containing approximately 15.65 grams of suspected methamphetamine, as well as a dosage of Narcan. Also found in the vehicle were several room keys to the motel, which were returned to the owner.
Crabtree was charged with counts of possession of a controlled substance, possession of drug paraphernalia and no license. He was transported to the Knox County Detention Center.