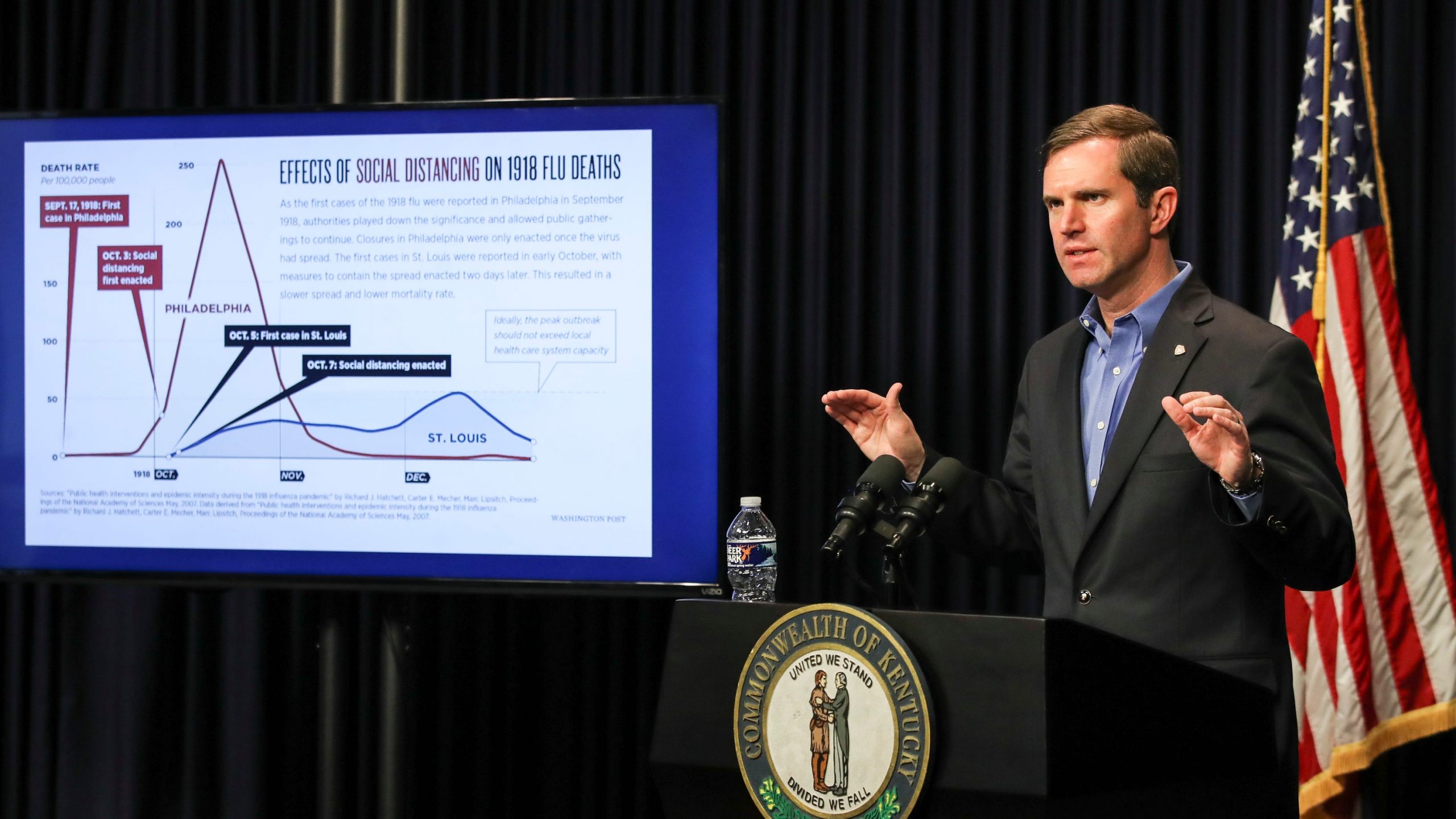 Earlier this month Governor Andy Beshear outlined his plans to commute the sentences of more than 900 individuals in state custody who were identified as being particularly vulnerable to the COVID-19 virus and within six months of completing their sentences.
On April 2 the Governor issued an executive order with listing of 186 individuals to be released. A second order, listing an additional 352 individuals was released on April 24. All of those receiving commutations were being held for non-violent, non-sexual offenses.
The Governor did issue conditions with the commutations. The prisoners had to have a negative test for COVID-19 prior to release and have a verifiable home address to be released to prior to being available for release. Upon release they are also required to self-quarantine at the address for 14 days, and are not to commit additional offenses throughout the remainder of their original sentence.
If during that time they test positive for the virus, their sentence would be temporarily reinstated until they again test negative.
If they were to commit another felony offense during the release period their commutation would be revoked.
The Voice could only identify one McCreary County offender on either of the two executive orders, Frank Dobbs, who was convicted in January of this year and sentenced to one year for two counts of wanton endangerment.
According to a list sent to McCreary County Sheriff Randy Waters an additional 10 individuals have had their sentences commuted over the past month and have been released from custody on McCreary County convictions.
Danny Lee Ball, who was sentenced to serve 6 years in 2017 for a charge of trafficking in a controlled substance.
Rodney Hamby, who was sentenced to 2 years for possession of a controlled substance in 2019.
John Holland, who was sentenced to 10 years in 2016 for two counts of manufacturing methamphetamine.
Brandon King, who was sentenced to 2 years in 2019 for receiving stolen property over $500 and under $10,000. (King was released to a Pulaski County address.)
Brittany N Lewis, who was sentenced to 3 years for possession of a controlled substance in 2019. (Lewis was released to a Woodbine address.)
Wesley Perkins, who was sentenced to 1 year for OUI in January of 2020.
Jason C Perry, who was sentenced to 24 and a half years in 2004 for two counts of receiving stolen property, two counts of trafficking in a controlled substance, bail jumping, obscuring the identity of a machine, escape and possession of a forged instrument.
Amber Tapley who was sentenced to five years in 2016 for a count of flagrant non-support.

Toby Dodson, who was sentenced to 1 year in March of this year for a charge of possession of methamphetamine.