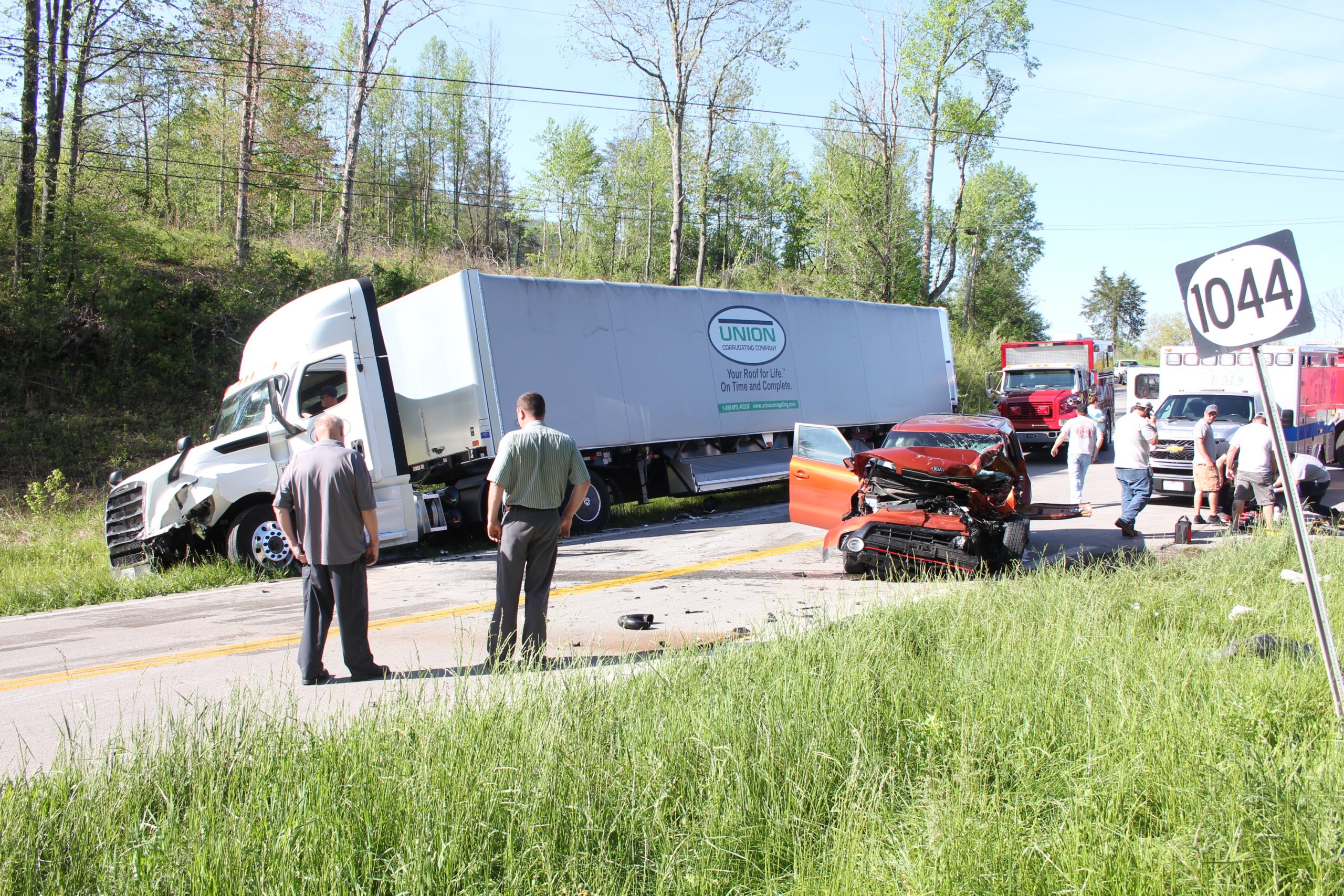 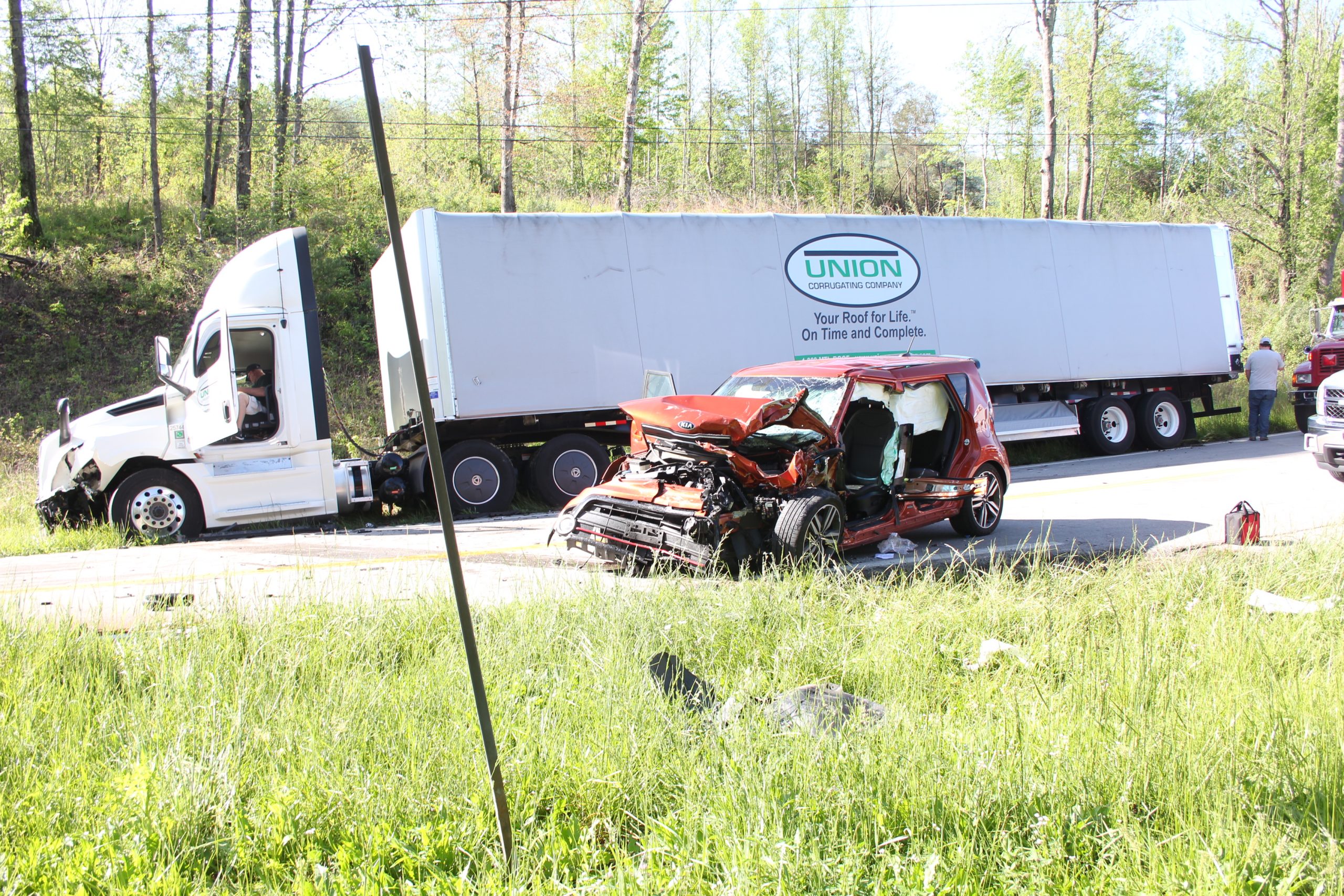 A McCreary County man was airlifted Monday morning following a head-on collision with a semi on KY 92 near Holly Hill. According to Sheriff Randy Waters it appears Brandon Probus, 30, was travelling westbound when his vehicle drifted over the centerline. A Freightliner semi, driven by Carl Thompson, of Fayetteville, North Carolina, was travelling eastbound at the time and rounding a curve. Thompson spotted the Kia Sorento driven by Probus in his lane of travel and attempted to maneuver out of the way, driving mostly off the roadway into the ditch lining the side of the road. Probus’ vehicle struck the semi nearly head-on and spun across the road after impact. Probus was extricated from the vehicle by members of the South McCreary Fire Department and transported to a nearby air-evac helicopter from PHI for transport for his injuries. The driver of the semi was uninjured.