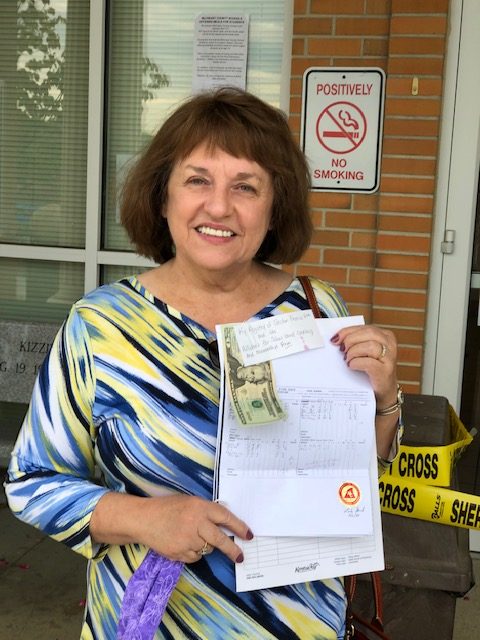 Patricia Ball, wife of former McCreary County Schools Superintendent Ray Ball, filed her intention to run for the McCreary County Board of Education seat in District 1 last week. Ball will face off against incumbent Nelda Gilreath, who has also officially filed her intention to run.
Two other Board seats will be up for election in November, District 3 – held by Dustin Stephens and District 5 – held by Debbie Gibson.
The candidate filing deadline for the November 3rd election is approaching fast. All interested candidates must file in the County Clerk’s Office by June 2.
The June 23rd Primary Election will mainly be conducted by mail-in absentee voting.
Due to the state of emergency declared anyone can request an absentee ballot through the McCreary County Clerks Office -606-376-2411. The office can either mail an absentee ballot, or schedule a time to come in and vote at the courthouse during the early voting period. Voters who show up without an appointment will also be allowed to vote early.
Beginning on June 1 in-person absentee voting can be conducted at the McCreary County Courthouse during regular business hours.
On Election Day, only one polling place will be open for the county – located at the Whitley City Fire Department. All registered voters, who have not voted via absentee ballot, can cast their vote at the polling place, regardless of their normal voting location.