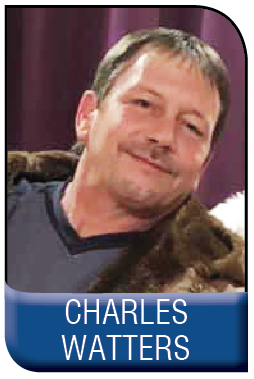 A McCreary County man was the victim of a tragic accident over the holiday weekend.
Charles Logan Watters, affectionately known to the community as Tiger, was pronounced dead Saturday afternoon by the Trigg County Coroner after an apparent drowning at Land between the Lakes.
The accident is under investigation by the Trigg County Coroner’s Office.
Trigg County Coroner John Mark Vinson reported he responded to a location near Pryor Bay to investigate a death associated with a possible drowning and pronounced Watters dead at the scene. The accident is under investigation.
Watters was well-known in the community through his music and prior work as a cameraman with MBR TV. He also was a frequent volunteer for local events, including at the McCreary County Senior Citizens Center where his wife, Kimberly, worked.
Funeral arrangements for Charles Watters will be Friday at 1 p.m. at Pine Knot Funeral Home. A partial obituary appears on page 5 of this issue.