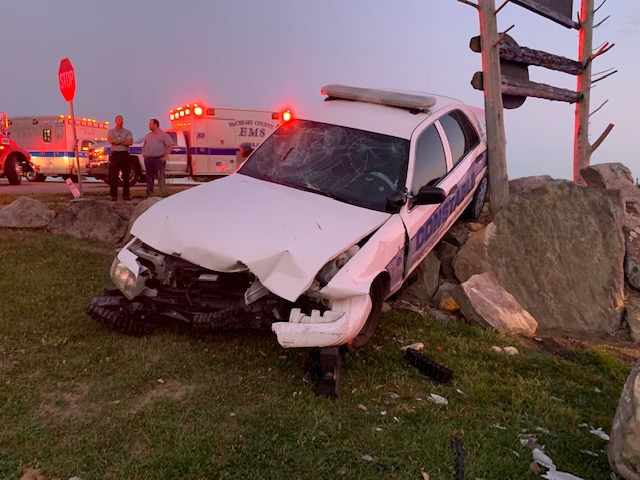 Constable Cody Stephens was injured in a car wreck last Thursday night. Stephens was attempting to stop a vehicle on Wilburn K. Ross Hwy., the vehicle in question suddenly turned onto north 1651 with Stephens in pursuit. Stephens failed to make the sharp turn and crashed into the sign located at the intersection of the two roads. KSP Trooper Josh Rodin and Sheriff Randy Waters found Constable Stephens unconscious at the scene when they arrived. A passer-by had already pulled the Constable from the car, afraid it would catch fire. Stephens was flown out to a hospital that evening. He received a concussion and stitches and was released the next morning to recuperate at home. The McCreary County Sheriff’s Office and the Kentucky State Police are investigating the accident.