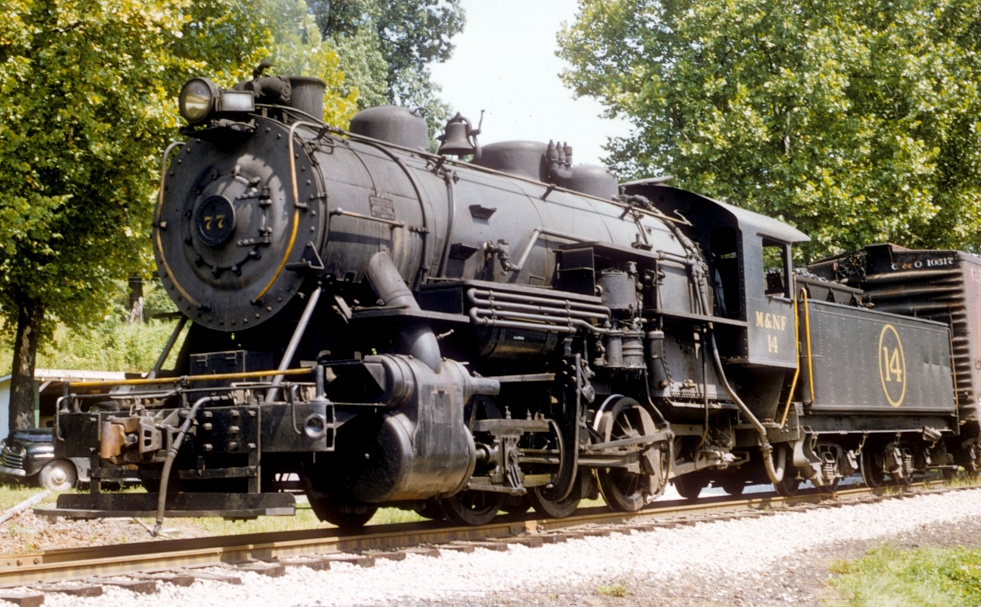 During their latest meeting, members of the McCreary County Heritage Foundation learned the lengthy saga of the restoration of Stearns’s steam locomotive #14 is closer to final resolution with arbitration dates scheduled for August 3rd, 4th, and 5th. The court-ordered arbitration seeks to resolve the 2018 civil action complaint filed by the McCreary County Heritage Foundation against Wasatch Railroad Contractors and Wasatch Chief Executive Officer and employee John E. Rimmasch. The complaint charges five counts including breach of contract.
The complaint stems from a 2012 design/build contract entered into by the McCreary County Heritage Foundation and the Wyoming based railroad contractors for the restoration and completion (to operational condition) of the K & T Railway No. 14 steam locomotive, built in 1944 and owned by the McCreary County Heritage Foundation in Stearns. Once restored, the Foundation intended to use the locomotive for educational and passenger purposes on the Foundation’s scenic railroad-the Big South Fork Scenic Railway in Stearns. Terms of the contract specified Wasatch would complete restoration of the locomotive to meet Federal Railway Administration (FRA) requirements within thirty-six months with the Heritage Foundation paying $695,000 for the restoration. Within the complaint, the McCreary County Heritage Foundation alleges Wasatch breached their expressed/implied warranties and contract by performing work of poor quality with faults and defects and by failing to complete the restoration of the steam locomotive to operating condition by using original design specifications and standard practice in compliance with FRA requirements. The complaint also alleges negligence and carelessness on the part of Wasatch in performing its contracted work, in using defective materials, and in supervising its employees, agents, and volunteers. Today, eight years after the two parties entered into the contract, the locomotive still does not meet operating conditions in compliance with FRA standards.
In additional business during the meeting, the Foundation voted to approve the submission of a $3,000,000 no match grant application to the Economic Development Administration (EDA.) If received, the grant will fund total renovation and restoration of the McCreary County Museum building in Stearns by certified historical restoration contractors.
Chairman Ray Moncrief announced a second round of rail replacement (starting just past Barthell and extending to the Blue Heron switch) will soon begin. In conjunction with the remaining rail replacement, Moncrief stated Big South Fork National River and Recreation Area Superintendent Niki Nicholas has provided guidance on construction of a pedestrian walkway at the bridge crossing Paunch Creek. Included within her guidance, Nicholas specified the Federal Railway Administration must authorize any potential pedestrian walkway.
The Foundation’s Operations Committee (Michael Sandidge, Michele Jones, and Christina Hollis) announced the opening of the Big South Fork Scenic Railway on June 10. Events planned for Stearns for the 2020 season include the following: Polar Express (tentatively planned with final decision expected in mid-August), fundraisers for the McCreary County Museum, Fireworks Display on July 3rd, and the June Invitational Golf Tournament sponsored by UCB. A murder mystery train series will begin soon and run through August 8. The murder mystery trains will depart the Depot at 6:00 p.m. on Saturdays and run to Barthell with dinner served to passengers at Barthell.
The next regular meeting of the McCreary County Heritage Foundation is scheduled for Monday July 13, 2020 at 5:30 at Outdoor Venture Central Conference Room.