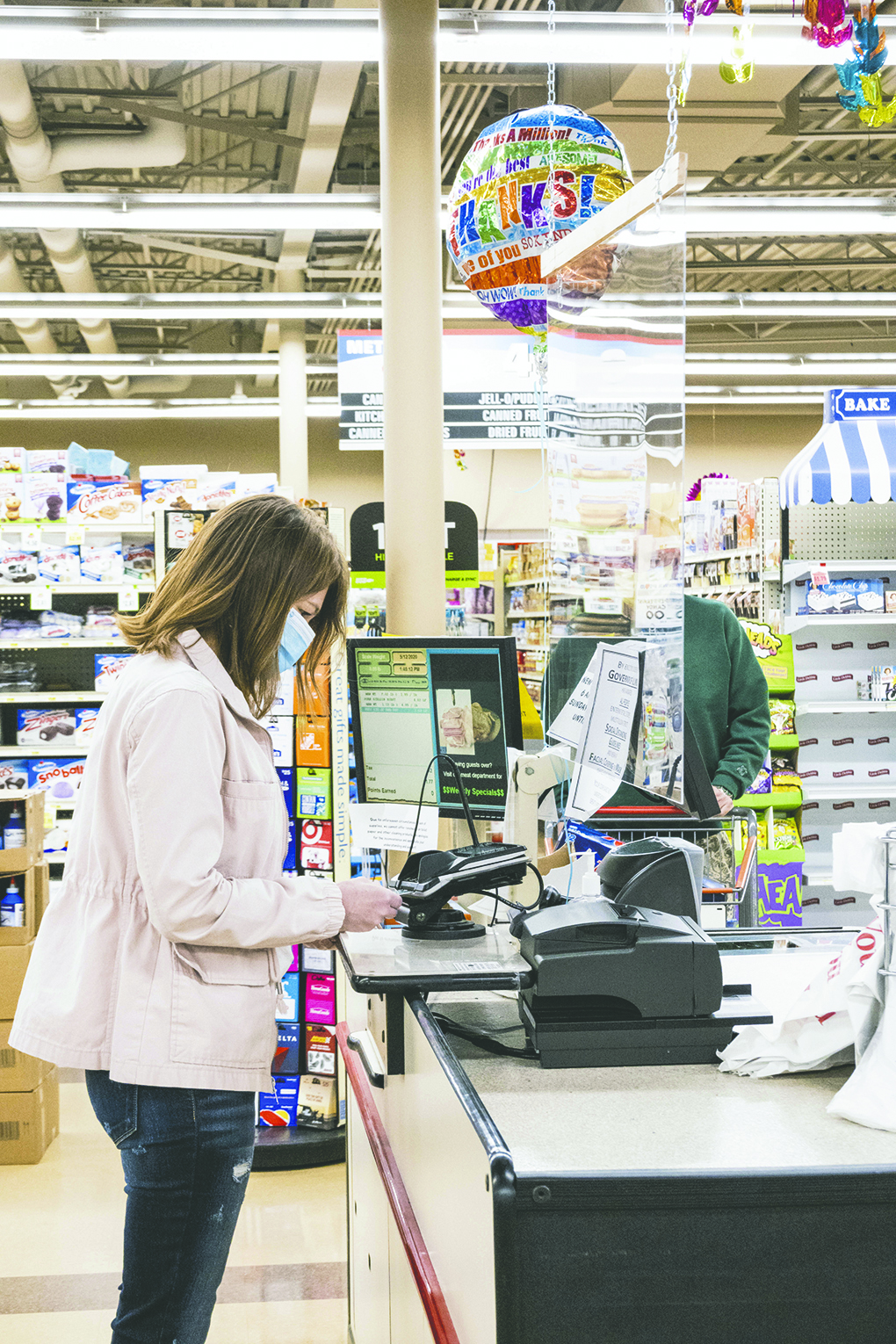 As Kentucky’s number of active cases of COVID-19 climbs, putting on a face covering is now, for at least one month, a requirement for individuals entering, while inside, or waiting in line to enter public places. The Kentucky executive order requiring face coverings went into effect on July 10 for at least one month and is an attempt to slow the spiraling spread of COVID-19 and stabilize an economy reeling from the COVID-19 pandemic. Kentucky’s executive order cites studies conducted by the Centers for Disease Control and Prevention and the Kentucky Department for Public Health which connect the wearing of face coverings with the prevention of further spread of COVID-19. The executive order also cites an economic analysis completed by Goldman Sachs in which face coverings were found effective in protecting the economy. Results from the Goldman Sachs study indicate the national economy could experience an additional 5% drop in GDP without a face covering mandate. A five percent drop could potentially result in an economic loss for Kentucky of about $10 billion. In simpler language, failure to mandate face coverings in public places as part of the effort to slow the spread of COVID-19 could potentially force Kentucky into another economic shut down. If a second shut down were to occur, local businesses owned and operated by our neighbors, family, and friends would be forced to close for a second time this year. Many of these businesses cannot survive a second closure.
While it is perhaps human nature for some to resist mandates requiring them to wear particular pieces of clothing, Governor Andy Beshear extended Kentucky’s COVID-19 state of emergency status and declared the executive order requiring individuals to wear face coverings in public places based on several key findings.
First, as of July 9, Kentucky and dozens of states across the nation began reporting their highest numbers of new cases since the pandemic began in March. During the week of June 29 through July 5, 2020, Kentucky reported 1,675 new cases. Cumulatively, as of July 15, Kentucky confirmed more than 20,000 cases of COVID-19 with 635 deaths. July 8 saw a whopping 402 new cases of COVID-19 in Kentucky with six deaths.
Secondly, with the arrival of summer, Kentuckians began increasing their number of contacts as well as traveling outside of the state to areas with higher infection rates and then returning to Kentucky.
Finally, at the time of the order, at least twenty-two states had required members of the general public to wear face coverings in various public settings, including Kentucky’s neighboring states of Illinois, Ohio, and West Virginia.
Locally, business owners and Facebook posts indicate that many McCreary Countians are accepting of the face covering requirement and are complying, citing consideration for themselves and others. However, others are disgruntled with the Governor’s executive order mandating they not receive service while not wearing a face covering in public. Business owners failing to enforce the mandate can face fines or closure.
According to McCreary County Health Department (MCHD) Public Information Officer Tiphani Baker, the McCreary County Health Department investigates all complaints received regarding failure to enforce the order.
“When we get complaints, a member of our team reaches out to the manager or owner of the business and gives them a warning,” Baker explained. “If we get another complaint, it goes to the Department of Labor where they can enforce closure of the business or assess a fine.”
Since the order went into effect, Baker said MCHD has received complaints about multiple local businesses.
Realizing business owners might encounter disgruntled patrons, Baker offered the following advice.
“I encourage posting an employee at the door to politely ask non-masked customers to wear their masks and to thank those who are in compliance,” Baker said. “If someone becomes belligerent, local law enforcement should be called.”
Regarding businesses where individuals tend to gather socially (e.g. restaurants, small stores, etc.), Baker feels it is prudent for owners/managers to keep a list of names of “regulars” with contact information.
“If this information is readily available, it makes contact tracing easier and less embarrassing for the business in the event a case of COVID-19 is confirmed,” Baker explained. “Business owners should ask politely, and customers shouldn’t blame them for asking.”

If McCreary Countians and all Kentuckians will comply with the initial thirty day order requiring the wearing of face masks in public places, Baker is hopeful the order will not have to be renewed.